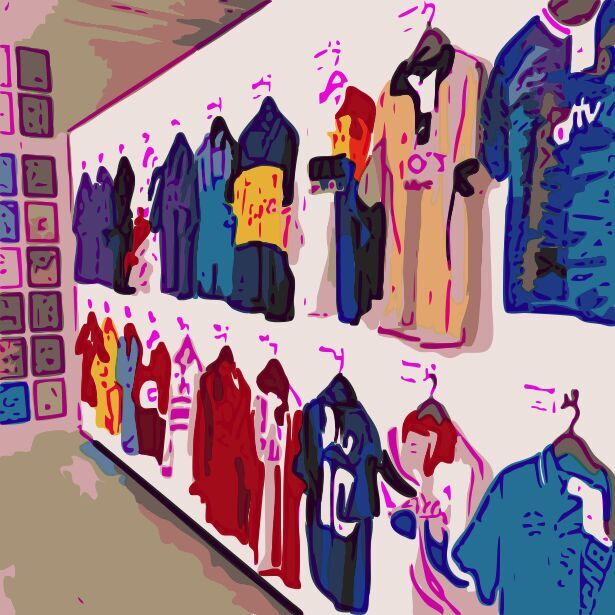 For some, a football shirt is just an item of clothing worn by footballers during a match. But for many, they are a thing of beauty, a fashion statement, and a constant reminder of the past. Clubs across the globe are pumping out new kits like there is no tomorrow, raking in millions in merchandise sales. But in recent years, the demand has shifted from new to old. Fans are no longer as interested in the new releases, with just a few minor changes from the previous seasons’ outfit and an extra £10 added to the price tag. Instead, fans would rather purchase classic or vintage football shirts.

Vintage is right on trend in the fashion industry and the same could be said for football. There is power in the past when it comes to football apparel.

This has been recognised by football clubs around the globe. Many are releasing remade shirts, essentially a kit from the past but modernised. Just last week I saw Adidas announce a collaboration with Manchester United, launching a 9-piece retro collection inspired by the 90s and the Class of 92. As an Arsenal fan myself, I am no stranger to a remake. In December 2021, Arsenal launched a retro selection inspired by the famous bumblebee jersey of the 93-94 season, modelled of course by Ian Wright.

Whilst they are very aesthetically pleasing, I feel like the remakes are just a marketing ploy. I mean look at Manchester United and Arsenal, both teams have gone from winning the league in my lifetime to struggling to achieve Champions League football. To me, it feels like clubs are using these shirts to deflect from the disappointment of their current situations. Just another way to drain even more money out of the fans.

And most importantly they aren’t the real thing. There is something different about owning the original. Let’s not kid ourselves, we all love a bold retro shirt. Whether it’s an Italian 90s top, a Brazil shirt from the 70s or an Aztec Mexico 98 strip, there is definitely something psychological that makes retro more appealing.

Anybody that has met me knows I am a sucker for an old football shirt. I have a wardrobe full of them, many of which were launched before I was even born. My bank balance constantly suffers because of my growing desire to add to my collection. I keep vowing to stop until a well-timed discount code from my favourite classic shirt shop pops up in my email and teases me into buying another three tops.

This piece will discuss what exactly it is that keeps drawing me and many others back to the shirts of the past.

Football is surrounded by nostalgia. With an evolving history, it is constantly creating new moments and memories that will be looked back on in years to come. The football shirt plays a big role in triggering the nostalgic feeling amongst fans. Have you ever looked at an old football shirt and been reminded of a specific player, an iconic goal, or an unforgettable moment? That’s the nostalgia kicking in.

For many, the appeal of a vintage shirt is often influenced by how successful the team were wearing it. As a vital part of a team’s identity, fans tend to associate it with their club’s on-field success/failure. Psychology studies have suggested that we look back at our past through rose-tinted glasses, erasing all the negative memories from our recollection. I think this applies to football too.

As a football fan, you are far more likely to remember your team’s shirt from a triumphant title-winning season in comparison to an underwhelming mid-table finish. Ask any Liverpool fan what their first thought is when they see the 05-06 home shirt, and they will all say the same thing. They will say the Steven Gerrard long-range equaliser in the 90th minute of the FA Cup final against West Ham. What they definitely won’t say is a humiliating 2-0 loss at Anfield to Benfica, which knocked them out of the Champions League.

The same season, the same kit, and the exact same players, with only one month in between the games. One lives long in the memory, whilst the other has been omitted from the memory bank entirely. That is the rose-tinted glasses in action.

Although to me, this suggests that to be reminded of an era or a moment, you have to of lived through it. I disagree with this. My preferred era of retro shirts is the late 80s and early 90s. From a cognitive perspective, I missed all of this era due to my age.

But, present me with the Netherland’s home shirt from 1988 and I will immediately associate it with the iconic Marco Van Basten volley against the Soviet Union. Not something I ever experienced ‘in the moment’ as such, yet still can picture it clearly. Growing up a massive football fan, the iconic moments of the past are just something you pick up over time. YouTube, social media and an unhealthy binging of Premier League years in my childhood have shaped a lot of the knowledge I have pre-1998.

One of the big reasons driving the rise of retro is the quirky designs of the past. Retro kits are known for being a little bit left field. This goes hand in hand with football fans’ subliminal desire for the unusual. We may not like to admit it, but we love to stand out from the crowd on a matchday. Vintage tops tick all the boxes of the modern fashion quotas. They are highly distinctive, contain vibrant colours and have a story behind them.

On the other hand, current shirt designs have become a bit lazy. They are very template and very plain. They all seem to follow the same pattern; the shirt creators are featured in the top left and the club’s crest is showcased in the top right, with a solid block colour in the background. They have become predictable and boring to fans.

I believe that a kit should be a visual representation of the team that is wearing it. It should express their style of play. The 94 Nigerian strip was vibrant and jazzy, very much like the football that they played. The France 98 shirt gave off a very classy vibe, symbolising a World Cup winning team of iconic players. We have arguably two of the greatest teams (Liverpool & Manchester City) in Premier League history battling it out each season for the prestigious Premier League title. Neither of which are wearing a distinctive kit that will be remotely distinguishable in the future.

Now as weird as this sounds, one of the first things that actually reels me into purchasing a football shirt is the sponsor. When I look at some of my favourites from the past, they all have a recognisable company on the front. I think most Milan fans would be able to tell you that their shirt sponsor in the 90s was Opel. The same could be said for Bayern Munich fans and their club’s affiliation with T-Mobile. Brands that you immediately associate with a football club, all because their logo has appeared on the front of the shirt.

There is something so aesthetically pleasing about a good shirt sponsor. Especially in contrast to the sponsors of today, which are chosen based on their commercial value as opposed to the values that the sponsors represent. Of the twenty current Premier League teams, nine of them have a betting company as their front of shirt sponsor. None of them are memorable in any way, not for the right reasons at least.

This leads me nicely to my final reason, the modern-day football club culture.

I touched on this a little bit above when I was ranting about Arsenal and Manchester United. The modern football culture is trapped in a highly commercialised world. Football is no longer a sport, it’s a business. Arsenal and Manchester United are no longer clubs, they are brands. Supporters are viewed by the clubs as customers, as opposed to fans. It has left the culture very detached from the die-hard supporters of old.

Many of the clubs (or brands) in England are no longer run by ‘football people’, but instead run by businessmen/women who are only interested in the financial opportunities that owning a football club brings. With the exception of a few, owners don’t understand the deeply rooted footballing traditions and cultures that have built up in this country over the years.

Instead of rewarding loyal fandom, clubs are looking to capitalise on it to make a quick buck. In recent years, there has been an explosion of kits released, a decision clearly driven by the merchandise revenue that it delivers. Take Napoli for example, who have released a whopping 11 different tops this season. And no, that isn’t a typo. I can understand the sentiment behind the Diego Maradona tribute, an icon in world football and a key part of Napoli’s history. That being said, is three tribute shirts really necessary? As crude as this sounds, aren’t Napoli just profiting from the death of their club icon?

The less I say about the Halloween kit the better. It would be forgivable if Napoli had a historic season, but they are not. Knocked out of the Europa League by Barcelona in the round of 32. A 3rd place finish in Serie A, seven points behind their rivals Milan. Hardly a season that will live long in the memory of their fans.

I could go on and on about the exploitation of fans in today’s football culture, but that isn’t what you are here for.

Although, the modern football culture is an important factor in the appeal of vintage shirts. They serve as an important reminder of times when football was less dictated by money. Other than our memory, a retro football shirt is the only accessible item capable of reconnecting us to the club culture of old.

The football shirt is often seen as a token of our fandom and loyalty to a club. Therefore, those who wear something vintage give off the impression that they are a ‘real fan’ and know their stuff. In an era where the ‘armchair’ supporters and ‘glory hunters’ are more and more frequent, vintage jerseys act as a badge of legitimacy. It separates the die-hards from the new kids on the block, the kind of fans that claim they are “City till they die” but couldn’t name a Manchester City player before 2010.

Del Piero down under: the story behind Alessandro Del Piero’s time at Sydney FC