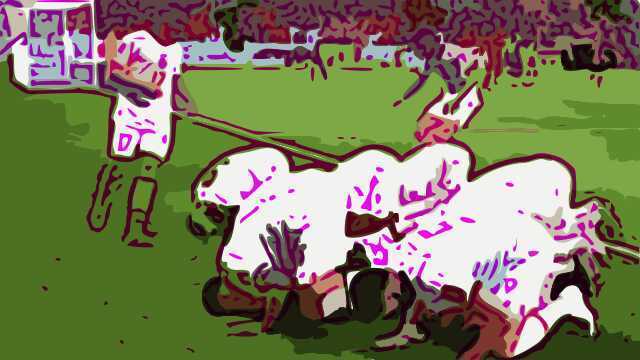 “We had everything we needed in terms of ability to make the difference, but the signs were bad. We came with ambition but there were days when there was less laughter.”

It’s a weighty quote from a despondent Hervé Renard that kicks off this article. It’s 2019 and a shock Round of 16 defeat to Benin on penalties has signalled the end of Morocco’s AFCON journey. The manager takes on responsibility. This loss not only reflects the Atlas Lions’ tournament exit, but that of Renard from the national team setup. He can move on with this a small blot on a nomadic CV. However, L’equipe du Maroc have seemingly looked glory in the face and crumbled under its gaze. Dejected figures cut about.

There’s a skulking Ziyech. A bereft Boufal. His earlier miss before En-Nesyri’s failure to convert has condemned the men in red to defeat. Regardless of defeat, the boss is right. Morocco have everything they need in terms of ability. Exciting energy in the youthful Achraf Hakimi (20) and Noussair Mazraoui (21) is spent, yet misdirected. There’s an abundance of talent. But here we are, scratching our collective heads. So close yet so far.

Now, as the dust settles on this defeat and the ink dries on copious match reports – you’ll have to listen carefully. There are cogs in the Moroccan football sphere that are meticulously ticking over. Slowly, it’s a change of guard. On the way out are the El Ahmadis and Da Costas. The Dirars and the Boussoufas. Emerging now, are the next troupe. For a moment though, hold that thought.

Morocco has a football history with a lot of moments like 2019 in it. There are seemingly inherent ups and downs. Dragging you into another narrative swirl, Morocco has been a capable football hotbed for years. As with many nations on the continent, football plays a big role in society. From the simplicity of street kickabouts, to the Curva Sud of Casablanca’s Stade Mohamed V – football is a passionate mainstay in many people’s lives. In fact, the national team holds pride of place as Africa’s first team to qualify for the World Cup, back in 1970.

Since its independence from France in 1956, Morocco’s football developed steadily. That said, the Moroccans loved to punch above their weight. Their first World Cup appearance at Mexico ’70 was the first real, intrepid step out of Africa. On the one hand, there was a great pride to be had as the team was comprised completely of players from the country’s premier division. Yet on the other, defeats to West Germany (2-1) and Peru (3-0) saw them bottom of the group, regardless of an impressive point against Bulgaria (1-1). They would build on this taste of international football by winning the 1976 African Cup of Nations (their first and only). However, they wouldn’t return to World Cup action until 1986.

’86’s tournament, again in Mexico, was a fruitful one for Morocco – as they topped their group after draws with England and Poland, and a brilliant 3-1 win over Portugal. It was a second World Cup appearance and their best at the time. In the RO16, they were narrowly defeated by West Germany. The tournament’s exploits had turned a lot of people on to Moroccan football – as they became both the first African, and Arab nation to get out of the group stage. The watching world would catch a glimpse of them again in the 1994 and 1998 editions but it’d be fleeting group stage viewing.

By the 2000s, the team’s notoriety had been well established. Just prior to the new decade, a top ten spot in the FIFA world rankings was achieved and cult players had long been penetrating the top leagues. The likes of Nourreddine Naybet, Yousef Chippo, Moustapha Hadji and Taher El Khalej were contributing to a solid unit from various sides in the top five divisions in Europe. Even with a capable spine, the Moroccans still stumbled. In 2004, a painful AFCON final defeat to Tunisia was suffered. Then, there was a failure to qualify for the African Nations Championship in both 2009 and 2011. When they did eventually qualify, the 2016 edition saw them bow out at the group stage.

2018 was a turning point. An African Nations Championship win on home soil, paired with  a solid representation at the World Cup in Russia, was a plus. Another perhaps self inflicted group stage exit (looking at you, Bouhaddouz) was brightened by a scalp draw against Spain. There were glimmers of brilliance, although the light had been inconsistent and blocked at times – as our starting point of 2019 illustrated.

The current generation on the backdrop of lost greats

Of course, both Europe and the world has seen some excellent players from the country. It seems for Morocco, a plethora of talent has always been present – and global links can be seen as both a gift and a curse. Looking back, some what ifs arise.

Morocco missed out on some greats. The brilliantly creative attacking midfielder Larbi Benbarek was prised from his homeland and ended up playing for Marseille and Atlético Madrid. He represented France between 1938 and ’54. The same can be said for innate goal scorer Just Fontaine. The forward started out with USM Casablanca before moving to Nice and then Reims with prolific strike rates. His time with Les Bleus saw him net an astounding 30 goals in 21 games. The same could be said of Nayim, of cult Spurs fame. Born in the autonomous Spanish area of North Africa Ceuta – it makes you think what if? What if Morocco didn’t have that colonial influence from France and Spain? What if those talents had opted to play for the country of their birth?

That is a worthy train of thought, yet on the flip side a more connected and globalised world has somewhat looked to profit from the current Moroccan situation. The present-day crop notably represents the Moroccan diaspora in Europe and the homeland perfectly, especially considering the current form. For many Moroccan fans, nationality is quite a fluid concept. Where previously, those worthy examples of talent gone astray via colonial links or immigration – those same links are now the solid foundation of an exciting squad.

Contrary to past tournaments, like 1998 for example – where just two of the squad were foreign born – 14 of the 26-man group are from elsewhere. Previously, controversy had arisen as ideologies clashed. Effectively, when managed poorly (and with a foreign manager to boot) Morocco’s is a changing room of multiple languages and egos. Take Dutch-born creator Hakim Ziyech, who fell out with previous boss Vahid Halihodzic. He vowed to never represent the side ever again. The line-up looked disjointed and lacking depth. Talent was misguided. But now this Moroccan unit are a perfect poster child for the modern African national team that are balancing with second generations representing their country of origin.

Under Walid Regragui, the ethos looks reformed. Bridges have been built and the diaspora on the continent is reflected proudly without treading on the toes of the locals. The 1.1 million French Moroccans are shown in the heavy hitting captain Romain Saiss and the flair of Sofiane Boufal. The near-800,000 in Spain is spurred on by the exuberant Achraf Hakimi, a man whose previous youth has evolved into critical guile and leadership. The Dutch are represented by the returning artist Ziyech, yet another matured figure in Noussair Mazraoui and gladiator Sofyan Amrabat. The Belgians see Selim Amallah and Ilias Chair. Homegrown players aren’t lacking by the way. Oh no. Casablanca born Azzedine Ounahi and Achraf Dari bring firsthand national identity along with Youssuf En-Nesyri of Fez, Nayef Aguerd of Kenitra and Abdelhamid Sabiri of Goulmima.

At this ongoing tournament in Qatar, Morocco have joined together multiple parties for a common cause. Gone are the days of players not putting in 100%, trying not to risk injury. Gone are the laborious Chamakh’s and the Bouhaddouz’. At the time of writing this tournament has seen a goalless draw against Croatia with the Moroccans much the better side. A shock win against a tarnished ‘Golden Generation’ of Belgium (which actually sparked riots back in some Belgian and Dutch cities) and competently beating Canada was the cherry on the group stage topping cake.

Look at the outpouring of joy on the pitch – even in misguided street methods, it is like a national consciousness has reawaken. Well, this is where I stop the ramble. The next game for the Atlas Lions is former influencer Spain, but there’s nothing to suggest they roll over. I’d like to end in the same way I began with poignant words, this time from Professor Mohamed Ben Moussa of the University of Sharjah.

“There is hardly any Moroccan household that does not have a family member or more in the diaspora. The national team is seen to represent this fundamental aspect of modern Moroccan identity. In fact, living and succeeding abroad, like these footballers, is a source of additional pride.

“Moroccans appreciate the fact that many of these footballers had the option to play for European national teams but opted to play for their countries of origin instead.

“That’s the ultimate proof of being a ‘true’ Moroccan.”