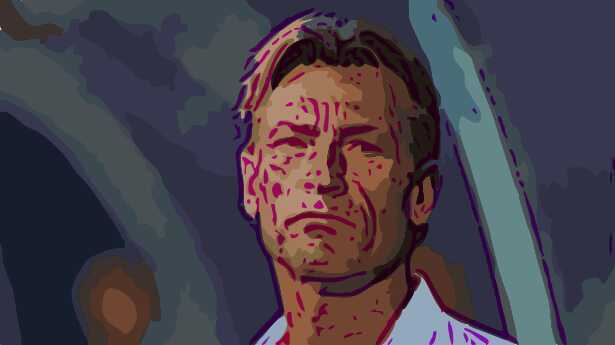 To start this article, we must begin with a moment of jubilant chaos. Full time in the Lusail Stadium in Qatar. Messi is stunned and the Saudis are everywhere. The white lines that skirt the parameters of the pitch have done their best, but now the Green Falcons’ sub bench soar on to the turf to celebrate what is one of the biggest World Cup shocks. It’s ended 1-2 as you likely know. Ángel Di María is crouched over, looking like he’s taken a punch to the stomach. Two Saudis flank him – lost in grateful prayer. Amidst this poetic, soon-to-be halcyon scene – there is one figure of calm. Hervé Renard stands out in a sea of green.

His signature slick look is epitomised by his white suit shirt. The two buttons undone could be reflective of the Qatari heat, or simply a suave French nonchalance. That white shirt has been the imagery of saviour for many sides Renard has coached. So, with an intriguing managerial CV that has meandered from French amateur football to now the World Cup stage – FBH charts the journeyman coach’s career.

Learning the game as a player in the French lower divisions

Hailing from Aix-les-Bains in the South East of France, Renard took to football early with AS Cannes. Joining at age 15, the defender totted up 87 appearances over seven years and even play briefly with a young Zinedine Zidane before moving to Stade de Vallauris – another club on the Côte d’Azur. Unlike Zidane, talent as a player was seemingly capped to the lower divisions, before a knee injury whilst playing for SC Draguignan brought his professional career to an end.

Instead of drowning in self pity, Hervé got his head down. Although his playing career had ended, a coaching opportunity had arisen off the back of his clear leadership. Whilst working in a cleaning business with his wife, he trained for his coaching badges. It was a case of bin bags in the mornings and Draguignan training sessions at night. Here he learned enough to take his first steps out of France. He was ready to embark on an obscure career pathway.

From studious assistant to going solo

Renard’s first destination after leaving his home in Southern France was China. Seasoned manager Claude Le Roy required an assistant and took on the former defender at the aptly named Shanghai Cosco. Renard was assistant to Le Roy from 2002 to 03, before heading to England for a new challenge. Cambridge United of League Two were a worthy assignment for the fledgling Frenchman. Relegation and his sacking would be a setback, however, many around the club would suggest that it wasn’t that Renard was a fish out of water, The U’s simply weren’t ready for his progressive methods.

A recent Sky Sports article by Adam Bate recalled how people around the club had been affected by even this short stint. Ex-player Shane Tudor regards the Saudi Arabia boss as “the perfect head coach” and went on to explain:

“He was a guy who transformed the club in many ways. The best way to describe it is like when Arsène Wenger went to Arsenal. It was a similar impact to that in terms of diet and nutrition. I remember that even his children did not drink coca cola. In terms of his ideas and his coaching methodology, he was exceptional.

Don’t get me wrong, Hervé could fall out with you. He was passionate and he could get in your face but there was always a reasoning behind it. He would get the best out of you but it was intense and there was no let up with him.”

It’s a rapport like this with players, that makes the coach’s number of clubs and roles all the more confusing. On the contrary, he could’ve taken valid points from each stop on his long journey. After his spell at Abbey Stadium, Renard bounced from Vietnam with Song Nam Dinh to AS Cherbourg, before settling with an important African country in his story.

In 2008, Renard started his first spell with Zambia. On his appointment, a FAZ spokesperson stated, “We wanted someone who has never coached an African team before on his own. FAZ wanted someone who is young and has a point to prove.” What they desired, was effectively what they received. Renard had followed the path of his mentor Le Roy (an AFCON winner in his own right at the helm with Cameroon) and taken the African leap. At the 2010 AFCON, the Frenchman employed his ideals on a determined, loyal group of footballers. Zambia got to the quarter-final stage at that tournament – the first time they had achieved that in 14 years.

Although he left after this and had muted spells with Angola and then Algerian side USM Alger, Renard was to be lured back to the Copperbelt country in 2011. Glory awaited as he came back to the solid foundations he had already laid down. Zambia would win the AFCON, beating favourites Ivory Coast on penalties. It was a beautifully cyclic end for Chipolopolo as the current crop dedicated their win to the fallen generation of the 1993 plane crash. The plane had gone down, just miles from the future trophy lift in Gabon.

International success on a backdrop of club level mediocrity

Following group stage failure at the 2013 tournament and conflict with CAF for not letting Zambia compete in the Confederations Cup, Renard moved on to Ligue 1 Sochaux. However, a relegation blighted season saw him yet again favour international management – a medium that has always favoured the suave tactician.

Perhaps with Renard and club football, it was a scenario of the boot not fitting. With Zambia and then previous foes Ivory Coast in 2015, Renard tasted AFCON triumph. He had surpassed his old sensei Le Roy and become the first coach to win the Cup of Nations with different countries. 2015’s following appointment at Lille came in conjunction with an already recurring theme. The club setup clearly didn’t suit. Hired in May, he was fired in November. Just the 13 points won in 13 games. Dismal.

While out in the cold following his Lille exit, Renard felt the welcoming warmth of the Maghreb. The Atlas Lions of Morocco came knocking and this side offered yet another international sanctuary. 2017’s qualification to the next year’s World Cup in Russia was a great achievement. It was Morocco’s first appearance since 1998, although failure at the group stage here, and in 2019’s AFCON, saw Renard head for the door.

Fast forward to now, to bookend the article. Our story has moved from the touchline of the Lusail Stadium and now we’re in the post match interviews. Midfielder Abdulelah al-Malki is just as excited as the football world. Yet, under a joyous exterior, he knows this gargantuan win wasn’t luck:

“We have a crazy coach. He motivated us at half-time, telling us stuff that made us want to eat the grass.”

Craziness? Maybe. But as seen before, it’s calculated. Beneath a calm façade, Renard clearly boasts a burning will. Get on his side or get out. Taking over the Saudis in 2019, he made it clear he was there for football, not business. World Cup qualification saw him become the foreign manager with the most wins (18), in the country’s history. After shutting down Messi, muting Martinez and defusing De Paul, the Saudi journey continues with hope. As does Renard’s.

At the time of writing, the next game is Poland. Whatever the result, it’s sure to be another enthralling chapter in a seasoned coach’s career and for a fledgling football country. Just how far will the Green Falcons fly? Will Renard stay or leave for pastures new, a nomad? That’s the joy of football. We don’t know. But we’ll sure as hell be watching in wonder.

Adriano: the emperor of Milan (part 2)