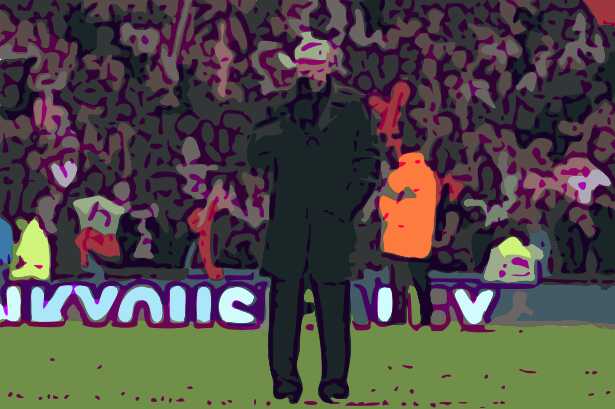 At the end of the 2012/2013 league season, the news that all Manchester United fans dreaded would one day become reality, as fans witnessed the architect of the greatest period in Manchester United’s history in Sir Alex Ferguson retire after 27 years at the helm.

Not only was it the architect of this empire that was walking off into the sunset but also the brains behind it in David Gill, who had served as Chief Executive of the club from 2003 to 2013.

Sir Alex Ferguson Retirement and the Chosen One:

Many fans, including myself, hoped that any fears brought on as a result of this double blow would be put to ease with a solid plan of how the club would continue, in the same vein as clubs like Ajax and Bayern Munich seem to do with ease. Our hopes turned into a nightmare that still haunts us to this day.

During a heartfelt and fully deserved send-off, there was a call from the departing manager to get behind the new manager – the Chosen One in David Moyes. The announcement of Moyes was made one day after Sir Alex Ferguson’s retirement confirmation, with the club also announcing the successor to the departing David Gill at the same time. Gill’s successor would see Ed Woodward step up in the revamped role of  Executive Vice Chairman, in a reconstruction of the club’s boardroom.

Not much was known at the time about the new man in charge of the club’s day to day operations, other than he was a former accountant and investment banker who had been with the club as the Commercial Management director. Woodward was also a key advisor to Malcolm Glazer during his £790 million takeover of Manchester United back in 2005.

The summer of 2013 was a summer of drastic change for Manchester United, with David Moyes bringing in his own backroom staff from Everton (against the advice of Sir Alex Ferguson when he chose David Moyes as his successor) followed by the retirement of Paul Scholes, the maestro at the heart of United’s midfield for 21 years.

However, this summer will always be remembered for the lack of productivity and game plan within the transfer market, as United spent most of the summer chasing a player in Cesc Fabregas, who had no intention or desire to leave his boyhood club Barcelona for the bright lights of the Theatre of Dreams. Moves for Everton stars Leighton Baines and Marouane Fellaini were the subject of much speculation, with the later having a buyout clause of just £15 million which would expire on 31st July.

Further stars such as Thiago Alcântara, Toni Kroos, Gareth Bale, and even the return of the legendary Cristiano Ronaldo were all names that were heavily linked and even discussed as being David Moyes’ top transfer targets.

However, all would not come anywhere near the doors of Old Trafford, with Marouane Fellaini the only addition on deadline day, for what would be double the price of his release clause quoted a month earlier. This was followed by a late bit for Fabio Coentrao on loan from Real Madrid, but this failed miserably. To add insult to an already dismal transfer window, a late bid for Athletic Bilbao midfield star Ander Herrera failed with the club blaming ‘imposters’ for causing the deal to collapse.

The dawn of the new era already had alarm bells ringing with most United fans and, to the older generation of fans like my father, it was starting to look like déjà vu from 1969 when the original architect of Manchester United and its identity in Sir Matt Busby retired.

The correlations between the end of Sir Matt Busby’s reign and the end of Sir Alex Ferguson’s reign are worthy of an episode of the Twilight Zone, and are a clear example to anyone that if you do not pay attention to history, then you are doomed to repeat it.

When Sir Matt Busby decided to retire in 1969, after a campaign that saw an aging United squad with a couple of young up and coming talents finish 11th in the league and trophy less, it would lead to a wave of managers trying to fill the big shoes left behind by the great Scotsman.

The first in the door would be Wilf McGuinness, reserve team coach and a former United player under Sir Matt Busby, who stepped into the role of first team coach once Sir Matt moved into a General Manager role upon his retirement.

An 8th place finish in the 1969/70 season and a poor start to the 1970/71 season would spell the end to an 18 month reign for Wilf McGuinness, with reports stating the presence of the great Scotsman in the background had its bearing on McGuinness’s time at the helm.

McGuinness would be demoted back to reserve team coach in 1971, but would end up leaving the club shortly after, with the great Sir Matt Busby coming back on a temporary basis to be the savior many saw him to be. However, the return did not go as well as expected, as even Sir Matt Busby could only valiantly drag the team from the bottom half of the table to an 8th place finish.

Managerial merry go round and relegation:

By 1981, Man United were searching for their fifth manager in just over a decade (sound familiar) with Frank O’ Farrell, Tommy Docherty, and Dave Sexton the three managerial casualties post Wilf McGuinness.

During this time, expensive major signings arrived in Joe Jordan, Gordon McQueen, and Ray Wilkins, but still United could not return to the Promised Land. This downward spiral would culminate long before 1981, when the club were relegated for the first time in its history in 1974, with a goal from one of its Holy Trinity, Dennis Law, now in the light Blue of Manchester City, being the final nail in the coffin.

The Start of a rebuild:

United bounced back the following season after relegation, due to a mass overhaul of the squad by Tommy Docherty. They secured a 3rd place finish along with a FA cup win, in a 2-1 victory over bitter rivals Liverpool. Despite this upturn, the club could never seem to reach the heights it once did, and Docherty’s eventual departure would come after it was news broke of his affair with Mary Brown, the wife of the team’s physiotherapist Laurie Brown.

The reign of ‘Big Ron’ Ron Atkinson would start the trajectory of Man United on the up, especially after the signing of Bryan Robson from Atkinson’s old club West Bromwich Albion, for a British record of £1.5 million. A string of cups would follow during Atkinson’s reign, but in November 1986 the club found itself in the bottom 4 of the First Division, resulting in Atkinson’s dismissal on 6th November 1986, with his name being added to the list of managerial victims before him who could not bring United back to the top.

Not until the appointment of one Alex Ferguson as manager of Manchester United would the club start the process to return to the pinnacle of English and European football.

However, even Ferguson was one game away from the sack, with a result at Nottingham Forest in the FA Cup being the spark needed for the club to stand by him and the identity he brought, with this persistence being paid off in abundance in years to come.

The lessons to learn from the past and today’s rebuild:

Though the characters are different, the story of Manchester United’s fall from grace in 1969 and 2013 are eerily similar in many ways, starting with the lack of planning or preparation for the aftermath of a long and successful reign under one great Scotsman.

With 44 years separating the two ends of eras, times have changed in how long managers are given, with much more patience being shown in previous decades compared to today’s football. Still, after expensive and major signings were made due to the club’s size and prestige, it had lost the very principles that made it successful during Sir Matt Busby’s 24-year reign.

A similar tune can be said of the recent 10 years since Sir Alex Ferguson’s departure, with again four managers having sat on the throne at Old Trafford in the last decade, with the fifth now at the helm in the form of Erik Ten Hag. A born winner with a philosophy that echoes the attacking and dominating football of successful Manchester United teams of the past.

A return to at least most of the principles laid down by the two great Scotsmen seems to be underway this season under the Dutchman, but it is still a long road ahead, with less time now given in the game compared to the early days of Sir Alex Ferguson back in 1986.

The story of Manchester United’s fall, rise and fall again is one that should and probably will be used by clubs in the future to prevent past mistakes being made again, none more so than when the day does come that Man United return to the top, should it be etched in their memories forever.

As a club, United failed to put into place a thorough contingency plan for long-term success once the latter years of Sir Alex’s reign were on the horizon. Instead, they decided to live off its name and success of the past both on and off the pitch, which culminated last season with the club experiencing its worst ever Premier League campaign. Not even the relegated team of 1974 are seen in such a bad light by fans and pundits, as those players at least showed fight and passion for the club by leaving everything on the pitch.

Now in 2022, we do not know how this version of the story will end or how long it will go on for, but what I do know and what has been passed down to me by my father like many United fans of my generation by theirs is that the Phoenix will one day rise from the ashes.

Manchester United is a club unlike no other as when disaster strikes, the club is built back stronger and better than ever on the ruins of the past. Whether it be the Munich disaster, the fall of the Sir Matt Busby Empire, relegation, or the recent fall of the Sir Alex Ferguson Empire, the red dawn of Manchester United will always return back to the Promised Land and to the top table where they belong.