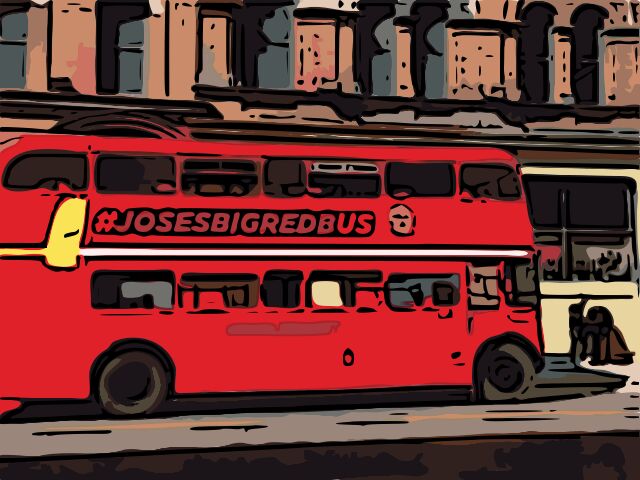 Can anybody else remember when everyone in the top flight used to play football? No, I don’t mean the game you play with your feet (actually, I do, kind of), but more than less, what I mean is the game where both teams attack at all costs to give the other a run for their money?

It doesn’t seem to happen too often anymore. As the gulf in class between Manchester City and Liverpool dilates in relation to the rest of the country, teams in the bottom half of the league table seem to spend their preparation playing a form of dodgeball whereby the aim of the game is to be hit by the ball instead.

Put to the test in an in-game scenario, this leads to 11 men sitting in defence, waiting to be slapped across the gob by a Kevin De Bruyne cross or Mo Salah thunderbolt.

Just to inevitably lose the game because of a momentary lapse in concentration.

Is it worth it?

Well, the overwhelming feeling is that those clubs fighting for survival would welcome a 1-0 loss rather than a 5-0 stomping. We can understand the reasons, but the two big clubs in question have already shown their weaknesses this season, which would suggest all-out defence isn’t necessarily the most successful approach.

For Liverpool, they have already suffered stunning blows from Fulham and Crystal Palace. And for Manchester City, their first rude awakening came this weekend, with Newcastle United going 3-1 up before Pep Guardiola spoke some sense into his team and came back to snatch a 3-3 draw.

The origin of all-out defence in England

The term ‘parking the bus’ first made the rounds in football in 2004 when Chelsea manager Jose Mourinho coined Tottenham Hotspur with the expression. Funnily enough, it would be a tactical setup that the Portuguese manager would quickly make his own as he realised the success of it.

He would later guide Chelsea to an FA Cup triumph in 2007 by ‘parking the bus’ against Manchester United by snatching a 1-0 victory against one of the last great Red Devil squads at the new Wembley. The Portuguese boss would deploy the same tactic again to aggravate the very club he established his defensive philosophy at by steering Inter Milan to a Champions League semi-final after a Samuel Eto’o goal 12 minutes from time sealed the Blues’ fate.

Other notable defensive performances include those against Barcelona in the same year and competition, and two masterclasses against Liverpool, one as Chelsea superintendent and one as Manchester United’s.

Over the years, it’s defensive toughness that has bolstered Mourinho’s reputation. His machiavellian ways have led him down a rocky road to becoming one of the most feared bosses of all time, with his maverick demeanour navigating his squads to dignified glory in the past.

Ultimately, though, he will forever be known for his ‘park the bus’ shenanigans.

And here at Football Bloody Hell, it’s one thing we hate him for.

Seemingly, Mourinho has changed the concept of football in a way that motivates the lesser-established teams in the Premier League to sit behind the ball and wait for something to happen.

What managers of the modern era forget, though, is that they aren’t of the same ilk as Jose Mourinho.

As much as Scott Parker would love to think his all-white suit will go down in footy folklore and Frank Lampard can bullshit his way back to the Chelsea position by blaming the other team for his team’s demise, these modern-day coaches, put simply, have no idea what their best eleven is, let alone how to execute a Mourinho masterclass in the form of defensive infrastructure and negative mindsets.

Think about it, can you remember the last time a team sat back as Mourinho did with Chelsea and actually got a good result from it?

Frank Lampard, if you’re reading this, please take notes from Patrick Vieira, Eddie Howe, Graham Potter, etc etc. These are just some of the managers in the Premier League that have proven a front-footed stratagem is the best way forward in the 2020s.

Oh, what we’d do to time travel back to the days where teams weren’t scared of facing the top guns. Indeed, with the money involved in today’s game, it means that the berth between City and the rest of the league is phenomenal, but football is a sport to be enjoyed, and it shouldn’t be a game of attack vs defence.

Carlisle United, Swindon Town, Blackpool, Northampton Town, Leyton Orient, Gillingham, and Barnsley – these teams have only spent one season in the top flight of English football. Yet, all of these put up more of a fight against the big sides than a lot of the newly-promoted sides of the modern era.

And in a vast majority of cases, playing offensively fertile styles of football rewarded the lesser-established teams in the past. Even Liverpool, before they were anything more than just a mediocre second division side, used this philosophy to get to where they are now.

In fact, you’ll be hard-pressed to find a team that hoisted themselves to success through continued negativity. Newcastle United showed at the weekend just what can be achieved when belief is instilled into a front-footed performance, and so did Fulham and Crystal Palace in game weeks one and two.

I guess you could look at this article as a plea to the heavens for more of the same for the rest of the Premier League season. As much as we like to mock the modern-day version of our beloved football, we would like to think the old days can be restored!