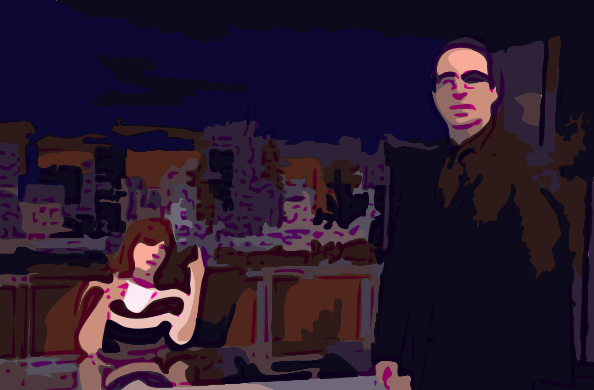 Anyone carrying a knock that might put their trip to Qatar in jeopardy? No? Good – take it easy through this week’s column though, whilst giving the impression you are 100% up for it of course.

Someone made a reasonably intelligent point on the wireless over the weekend – it’s all very well the players going to the World Cup having all these games in a short space of time, but what about all the players not going to the tournament who have to go through this insane schedule without the mid-season extravaganza to look forward to? Will someone just think of the kids for once? Poor pets, being paid millions and then getting a month off in the middle of their year – I mean, imagine Janice in accounts being told she can the month before Christmas off to do her shopping but has to work a few extra hours before and after that month to make it happen. Janice would be all over it, I assure you.

I seem to recall many years ago when I started writing this rubbish that round about now Leicester City were in the mix and it all felt very “yeah, it’s fun but City will still win it”. Here we are seven (is it seven? I mean, who’s actually counting these things?) years later and Arsenal sit top of the table and very much has a similar vibe – and, of course, the mistake we all made back then was not taking Claudio Dilly-Dong Ranieri seriously enough until the very end.

That said, Mikel Arteta does it make it quite difficult for us to take him seriously – but Arsenal do seem to be quite good. They beat Graham Potter’s Chelsea 1-0 at the Bridge but it was much more than 1-0 really. They dominated them. They suffocated them. They were all over every single one of them. They just couldn’t score – especially Gabby Jesus who if he really is trying to get back in the Brazil squad for Qatar has a curious way of showing it. Or perhaps, he ethically doesn’t fancy the World Cup and is just making sure he doesn’t get picked.

When they did score, it was very George Graham. Arsenal corner. Near post run from one centre back causing confusion – flick it on if possible (Saliba didn’t to be fair), run off in wild celebration as your partner scores at the back post. Gabriel used up the Gabbygoal quota for the weekend netting the winner – grabbing three points that saw the Gunners move back to the summit ahead of Man City.

City didn’t take the easy route to victory either. Their Saturday clash with Fulham was made slightly more challenging by the fact that Joao Cancelo fancied a rest ahead of you know what. He gave away a penalty and got himself sent off for his troubles – meaning the other ten had to work just that little bit harder and empty those tanks even more. Not that fatigue is going to worry Jack Grealish much in a few weeks time – one suspects his biggest World Cup role will be choosing the tunez the boyz want in the hotel chill-out room.

It being 1-1 with an hour to go meant Erling the Robot got unplugged and wheeled out. He scored quickly, only to see one of his extra-long limbs ruled offside by VAR. But he did score, obviously – his 94th-minute penalty (and penalties going in never a guarantee for City) stole the 2-1 win and broke Fulham’s little hearts.

Considering how rubbish Liverpool have been in the last couple of Premier League outings, you’d have thought this would be the game the Tottenham fancied starting well and putting a shift in for the first 45 minutes. Yeah, about that. Mo Salah, he who is so so bad nowadays remember, scored twice to make it 9 in 8 – one delightfully flicked on by Eric Dier in a way former Liverpool flicker onner Emile Heskey would have been proud of. Mind you, Spurs being two down at the break isn’t that rare – certainly not as rare as Klopp’s lot being ahead away from home in the league.

And, shock, Spurs turned up after halftime and turned it into a proper game – Kulusevski, an attacking player that can move at more than a snail’s pace so clearly adding some variety into Conte’s attack, set one up for Harry Kane (just one more to get through Harry, mind those ankles) and Spurs piled on to no avail. Too little too late, Antonio.

Unai Emery casually rocked up at Villa Park and saw his new boys beat Man United there for the first time in 30 years. Easy, this Premier League management lark isn’t, Unai? The second time around, anyway. There was a time that United being 2-0 down at Villa meant only one thing – a 3-2 win to United but then those midfields didn’t have Donny van der Beek in them and it was probably a slightly earlier iteration of CR7 in attack. And I reckon the earlier iteration would have body-slammed Tyrone Mings to the ground a lot faster than he managed on Sunday.

Villa were certainly good more than United were completely hopeless. But United weren’t very good and Villa weren’t exactly great – but their fans won’t care. Emery wants to win a trophy, so that makes him completely different to every other manager before him.

Emery has won Europa Leagues aplenty though and is joined in the Premier League by another Europa League-winning Spaniard who has also managed their national team as well as La Seleccion. That was a little dig at Senor Perez who likes to think Real Madrid are Spain, if you missed it. Anyhoo, Julen Lopetegui is now the manager of Wolves who are in the bottom three having lost at home to Brighton on Saturday.

Newcastle briefly flirted with third place, almost certainly for the first time since the days of Sir Bobby Robson or Kevin Keegan. Maybe even Kenny Dalglish or Ruud Gullit. But probably not Alan Pardew and certainly not Joe Kinnear. They beat Southampton 4-1 at St Mary’s – which was better than losing up North for Hassenhuttl who was spared a long drive home waiting to be sacked. He was able to get the news and still be back in for the Strictly results.

West Ham are starting to remind me of Everton once they started splashing some cash. A frugal Moysiah equals a successful football team – Moysey splashing the cash usually only goes one way, and we are seeing that with this Hammers side. Lots of money spent and the team looks worse than it did before. Crystal Palace beat them 2-1 at the Athletics Stadium, Michael Olise scoring a very deflected winner in added time.

Nottingham Forest are still rock bottom and have to employ all kinds of tactics to get three points currently – this week, their groundsman tried to rough up Brentford’s pre-match warm-up. There’s no confirmation if it was one of the divots they were so worried about being created that tripped up Wissa in the area as he went round Dean Henderson to win a penalty. The game ended 2-2 – and the biggest travesty was Ivan Toney being suspended so we couldn’t see his technique against Hendo’s penalty-saving skills.

Leicester are a completely different team showing that sticking with a manager isn’t always a bad idea (especially when you can’t really afford to sack him and didn’t buy him any new players in the summer). A 2-0 at Everton isn’t always difficult to get but all wins count double for Brendan right now and the Toffees are going to be in a relegation battle (again) no matter how much they try and deny it.

Last week, Jesse Marsch couldn’t stop talking about stopping the bleeding. Being 3-1 at home to Bournemouth looked like a ruptured artery so there was some decent emergency first aid administered for them to turn it around and win 4-3. Gary O’Neil – we said you should have quit after six games and let someone else deal with the fact that was never going to continue.

So, we have one more weekend of Premier League football before all eyes are fixed on the football in Qatar and nothing else, alright? On FIFA’s orders – football only. And don’t ask Gareth any difficult questions – Jurgen said so, OK?