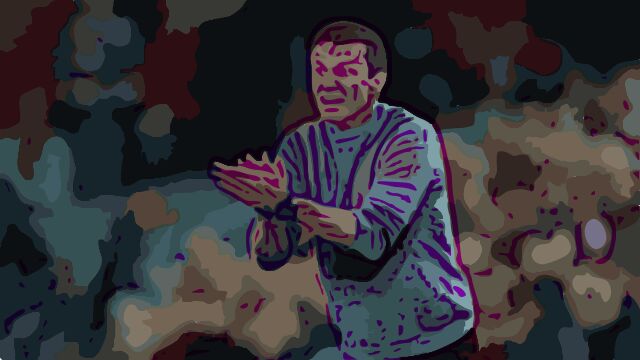 Another seven days in football passes in the blink of an eye and the one fact we are all becoming very aware of is this – need a win to avoid the sack? Play Liverpool.

Last week, Steve Cooper kept the wolf from the door (don’t let the new contract fool you) by pleasing his Greek megalomaniac owner with a win over King Klopp’s side.

This week, Jesse Marsch ‘stopped the bleeding’ – a phrase he must have used more times than Liverpool hit the target – as his Leeds side delivered the first home Premier League defeat at Anfield since Crystal Palace did them over in April 2017.

Leeds’ 2-1 victory was the first time Virgil van Dijk has lost at his home ground in the league. The game built into the perfect Crysencio as Summerville netted the late, late winner leaving Kloppo to surmise that qualifying for the Champions League when you are as inconsistent as they are was unlikely.

In recent weeks, Trent Alexander-Arnold has been talked into the England squad and talked out of the England squad. One potential option spoken of is his team-mate Joe Gomez – well, he seems to be on a creative par with Trent, the way he spotted Rodrygo’s run and picked him out for Leeds’ opening goal.

Here’s a debate almost as pointless as this column for you. Which is better – the free-kick that curls in top corner clean as a whistle or the free-kick that curls in hitting the woodwork before bouncing in? If you are a fan of the latter, you’ll have liked Kevin de Bruyne’s winner for Man City against Leicester – a goal good enough to stop people talking about the fact that Erling Haaland has picked up his first niggly little sky-blue injury. It’ll be the first of a few, you suspect. Even robots need maintenance.

For the record, Leicester seem to be fixed – and their David Luiz lookalike at the back seems to be part of the solution.

Post-match, Graham Potter bit back with more bite than his Chelsea side had in their 4-1 loss at Brighton. Slightly disgruntled at the reception he got at the Amex, Potter reminded the fans that he was probably the reason they were able to beat a Chelsea side in that manner.

Personally, I suspect it was part of the financial package that took Potter, his backroom team, the head of recruitment, the tea lady and team Chaplin to Stamford Bridge. €25m plus three points when we next meet, we have a deal Mr Boehly.

That might be slightly on new coach De Zerbi, who certainly deZerbed his first win as Brighton boss. His team were very good, Brighton’s old boss’ lot not so much – clever systems look exactly that when they work, but when they fail as abjectly as they did here, in the words of Chelsea’s manager himself, “you look like a bit of a fool.”

Tottenham might actually be a very good side if they committed to playing the first half of a football match as well as the second 45. They came back from 2-0 to beat Bournemouth 3-2 in injury time. Conte liked the character shown, but you can’t help feel that they wouldn’t need to fight back like that if they weren’t so negative to begin with – don’t get me wrong, Gary O’Neil has made an interesting fist of his caretaker job so far, but this was Bournemouth. Not City. Don’t celebrate the late win – punish the fact you were two down in the first place.

Water is wet and David Moyes failed to win away at one of the “big clubs”. Man United beat West Ham United 1-0 thanks mainly to David de Gea. That’s five clean sheets in a row at Old Trafford, apparently. Pep thinks they are back – others need a little more convincing.

Newcastle look like the real deal. And by real deal, I mean capable of finishing in the top six and being disappointed when they end up in the Europa Conference League because the bright lights of Europe’s second-choice competition felt so close in the run-in.

They destroyed Aston Villa 4-0, who would have had their new manager Unai Emery watching on and, like many others in his position, wondering if he could change his mind. Unfortunately not, Unai – and given that you’ve managed Sevilla and Villarreal it seems somewhat apt that you’ve gone to the Villa. The only other club I’ve ever noticed with this kind of quirk was Arsenal with Arsene Wenger – not the same I know – but it is leading me to the irony that Emery failed there, so will probably do quite well as Steven Gerrard’s replacement.

Everton managed to stop Fulham and Big Mitro scoring. Not many do that. Coady and Tarkowski are actually making quite the partnership for Frank Lampard and given England’s central defensive woes… Well, you know.

The most startling thing about Diego Costa’s red card against Brentford was the fact that it was only his first in the Premier League – after 90-odd games. Unfortunately for Wolves fans, the pantomime villain is just that now. All pantomime and no football ability left in the tank. They will go down this season, which will be a waste of Ruben Neves’ talents.

13 of the 16 points won by Crystal Palace have come at Selhurst Park – which tells me their away form must be as good as Liverpool’s. That statement at the start of the season would have had the Eagles dreaming of Europe (even more so than they are currently doing). They beat Southampton, meaning the Hassenhuttl Out swingometer has moved in the other direction once again.