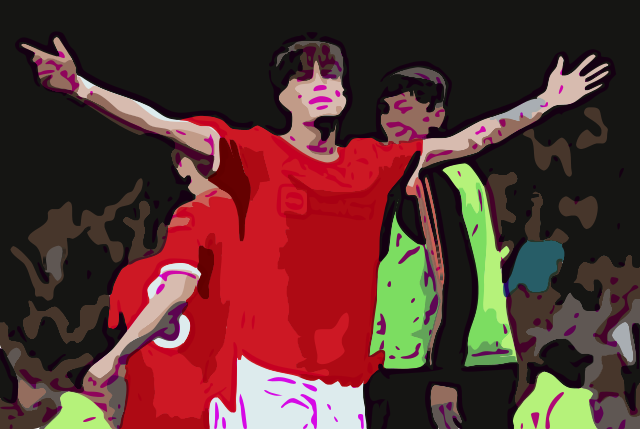 Yes, folks – it is time for the weekly check-in. Has everyone survived the final round of Premier League matches before we divert our attention to Qatar? No injuries to report? Everyone confident they’re not too tired to survive a month of World Cup action? After all, it’s not only the players who are being stretched to the limit with all these games being packed in ahead of next Sunday’s opening game – it’s us fans too, right? I’m feeling fatigued, let alone Harry Kane.

Gareth Southgate has named his squad for the tournament and there were no real surprises – I mean, 26 players is quite a big squad and if we are down to squabbling over Fik Tomori versus Harry Maguire and whether Callum Wilson is better at sitting on a bench than Tammy Abraham then we all have too much time on our hands. Gareth picking James Maddison wasn’t a great shock really – he’s playing well so take him.

But it did mean that everyone headed into the Premier League games hoping to remain injury free and, ideally, maybe even win too.

Naturally, those not picked might have been out to prove Southgate wrong – and I give you exhibit A, Ivan Toney of Brentford. Taken along for the squad ride in the final two UEFA Nations League matches but not getting on the pitch, Toney was (as expected) not invited to join the England squad for the coming weeks. Therefore – with the added extra of this scribe dropping him from my Fantasy team – he was odds on to do something against Man City. And so he did.

Brentford shocked the team who had won their last 13 on the bounce at the Etihad and the team that, obviously, is going to win the title when Arsenal bottle it – if you listen to conventional wisdom.

Their 2-1 win meant the camera was very much trained on Pep for large periods of the game, meaning his ‘Saturday shopping trip whilst grabbing a latte from Costa’ look came under added scrutiny.

Toney played well (he could have easily scored four and it would have been a fair reflection) and certainly increased his stock – as did Thomas Frank, the Brentford manager. Linked to Aston Villa and correctly distancing himself from it as the Brentford gig is much better for him currently (well-run club who know what they are doing versus a club all the gear but no idea), Frank has to be in the running for the next ‘bigger’ job that comes up – which could well be Everton and he’d be right to leave that well alone too.

City’s shock loss means that Arsenal head into the World Cup break as Premier League leaders – and you suspect anyone of a red persuasion in North London would have bitten your arm off up to the shoulder had they been offered that at the start of the campaign.

Skipper Martin Odegaard scored twice against Wolves at Molineux – who paraded their new gaffer Julen Lopetegui before kick-off. Wolves failed to score – shock. So did Gabby Jesus – shock. But then he made it into Brazil’s squad so his cunning plan failed.

Another South American striker heading to Qatar is Darwin Nunez who will lead the line for Uruguay. He scored two for Liverpool as they beat Nathan Jones’ Southampton 3-1 at Anfield – Bobby Firmino, sensationally not going to the World Cup (how strong is Brazil’s attack then?!) scoring t’other. Could this be the start of a Liverpool revival? Who knows, we’ll have forgotten the question come Boxing Day.

Graham Potter has noticed Chelsea are in a ‘bad moment’. Now, I like Potter but even I am willing to suggest just sticking good players in their best positions and seeing how it goes. Newcastle saw them off 1-0 meaning Eddie Howe’s team sit in the top four until after Christmas. That is quite an impressive year’s work at St James’ Park and I think we’d all rather have Almiron than Grealish right now.

Antonio Conte refuses to change for anyone – if his tactical plan is to go behind just so they can get angry enough to try and come back then it is working more often than it isn’t. Leeds boss Jesse Marsch felt like his ‘heart had been ripped out’ after they led 3-2 with less than 10 to go only to lose 4-3. And yes, Kane did score and, more importantly, didn’t seem too tired or get injured.

Almost as interestingly as the game itself, the prospective Bournemouth owners spent the buildup to the seven-goal thriller wooing Marcelo Bielsa. Could he be tempted?

Man United’s proud tradition of buying youngsters, sticking them in the youth team and then seeing them do well in a bad first team continues. Alejandro Garnacho, not called up to the Argentina squad when some thought he might sneak in, came off their bench to score an added-on-time winner against Fulham. If David de Gea could use his feet to pass the ball as well as he saves with them, there’d be no goalie on the planet anywhere near him. United go into the break 5th – and if you told them they’d be above Liverpool at any point they’d have thought that they’d accidentally ended up in a title race.

Apparently, James Maddison wearing his cap back to front is a sign that his injury against West Ham isn’t that serious – or at least, that’s what the BBC think and they are sticking to it. Maddison scored, did that annoying knee slide these very expensive commodities insist on doing as if their legs have zero value whatsoever, and then went off with an injured leg. Coincidence? Probably – but he’ll be OK for the tournament and Leicester continue to be a decent team again. West Ham continue to be average – or, in a more accurate way of looking at it, regressing back to their mean. It’s West Ham folks, top six seasons are treats – not regular occurrences.

Nottingham Forest can watch the World Cup knowing they are not bottom of the Premier League thanks to Morgan Gibbs-White and Wilf Zaha. Gibbs-White scored the winner and Zaha hit the post from the penalty spot allowing Steve Cooper to jump up two places to 18th, ahead of Southampton and Wolves.

We mentioned the Everton job possibly being the next taxi off the rank and that will have a lot to do with the fact that they played Bournemouth away twice in the last seven days and managed to lose by an aggregate score of 7-1. Is now a good time to suggest that Frank Lampard would not have been anywhere near the Chelsea job based off his season at Derby had he not been their greatest Premier League midfielder? Therefore, he’d unlikely have been an option for Everton – not that many could do a job with that club currently. They’ve had some top managers and still not progressed – so how much is the manager and how much is the ownership and the fans still living in the past?

Don’t worry though, Lamps ‘gets the club’ – it’s just a shame that doesn’t give you any Premier League points.