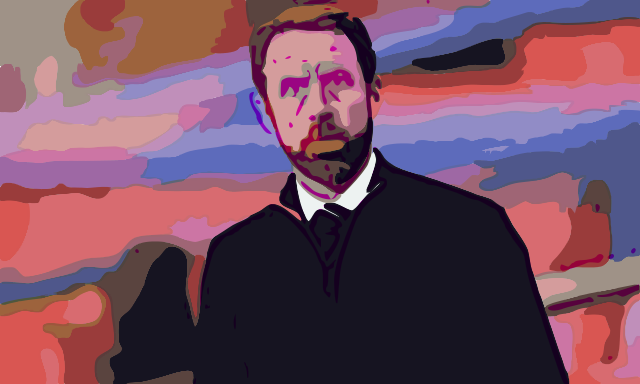 While Jamie Carragher took to social media to fend off ‘clowns’ in the wake of Gareth Southgate’s heavy backlash after a 4-0 hammering at home to Hungary on Tuesday night, the Three Lions manager’s football was being compared to a meal deal consisting of a ham sandwich, a bottle of water, and a packet of Walker’s ready salted crisps.

Of course, given the nature of the country’s politics since the appointment of Boris Johnson, all could be forgiven for when social media taunts come across like a merry-go-round of circus acts. But the truth is, Southgate is going through his own problems at the helm – but unlike some leaders, his aren’t involving any parties.

In fact, it’s quite the opposite. As Roland Sallai punished England’s post-season fatigue with two goals, he provided the groundwork for a victory that became better known as England’s most significant defeat on home soil since 1928.

Now with two games of the Nations League to go, Southgate and his questionable team selections, which sees world-class players like Trent Alexander-Arnold do his best Jon Kromkamp impersonation, England have gone four games without a victory, tallying just one goal in the process.

Within the United Kingdom, it is perhaps in England where exceptionalism and eternal hope is embedded most deeply into the roots of the country. But the simplicity of it is, that fans of red and white just wish Southgate and his so-called golden generation could entertain them.

Yes, he is the most successful England manager in terms of results since Sir Alf Ramsey, and yes, he did get England to their first major final since 1966. But just like Crystal Palace fans had grown tired of Roy Hodgson’s soulless football, so had England fans.

The difference is that the Premier League club have moved on from the timeworn British manager, who found solace in the shape of defensive blueprints and negative philosophies – replacing the now 74-year-old with a hungrier and more passionate Patrick Vieira.

Although the results on the pitch in the league aren’t immensely divergent under the new direction, the Frenchman’s entertainment factor is beyond comparable to Palace’s predecessor’s, bringing the buzz back to the club that Croydon calls its own.

And with the turbulence that is felt around the national team right now, it feels like the entertainment level of Southgate’s football is valued more than the results on the pitch.

Admittedly, in the case of this year’s Nations League, both can be criticised.

So when you put two and two together, you will almost inevitably end up with the same outcome time and time again.

And when you factor in the achievements of the squad at club level, some of the mostly opprobrium carpings are justified.

Among the stars of the squad is Phil Foden (who won the PFA Young Player of the Year), the previously mentioned Trent Alexander Arnold (Who got the second-most assists in the Premier League and made it into the Team of the Season), Harry Kane (who is on course to become England’s highest goalscorer), as well as Jack Grealish, Jadon Sancho, Raheem Sterling, and many others who have proved capable of brushing defences aside.

The similarities in all the above players mentioned are that they are used to offensive, creatively-wired tactics at club level. When they join up with their nation, they have to become accustomed to a three-man defensive partnership, two defensive-minded wingbacks and two holding midfielders.

Often, Southgate’s football can draw comparisons to the end of the world in 2012. Not in the sense that it’s that terrible, but more to the point that we all waited for something to happen at midnight in 2011, like a deadly meteor shower… but nothing came.

In this instance, you wait so long for England’s attacking cogs to work in sync to unload something special, but all it ever comes to is a near-miss result, or in the case of Hungary, a crushing defeat.

It makes one question the actual standard of players in our ranks compared to the burden of expectation placed on their shoulders by the optimism that engulfs England by the drunken, beer (and sadly something else)- throwing, middle-aged men, who would be the first set of fans in the world to suggest their nation is home to the second coming of Christ.

Regardless, though, the negative football being played is somewhat of an eye sore at times. No more are the days of Roger hunt, who would run himself into the ground for his country’s cause, Bobby Charlton’s thunderbolt shots, and Alan Ball’s crisp, incisive passages of play.

But with the importance of the Nations League being questioned, and players showing an increased level of fatigue after a season that started way sooner with the European Championships, who could blame Southgate for the lack of success?

The saying goes that players are only as good as their manager. But at the same time, managers can only be as good as their players. And in the case of England, their fatigue through the offseason is clear for all to see.

In a competition that the Premier League Player of the Season openly labelled as ‘glorified friendlies’, nobody would surely expect England to win the Nations League. Of course, everyone is in the same boat as each other when it comes to fatigue, but Southgate cannot be the sole reason for his country’s downfall in recent weeks.

Instead, we should really write these performances off and build for an exciting World Cup campaign. We are sure, that if this Three Lions team got to the final, everyone will temporarily forget Southgate’s negativity again.

Certainly, the football being played at the moment looks a lot like a strand of Roy Hodgson’s former tactics. But an unimportant tournament isn’t the time to cause division in a country that usually boasts an air of hope and optimism.

So please Mr Southgate, turn that frown upside down and begin preparation for a World Cup of a lifetime.