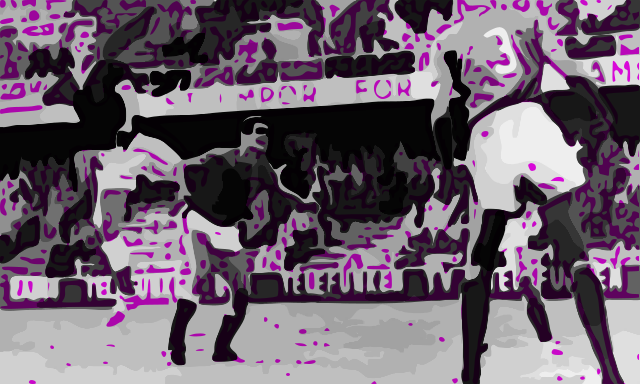 It has taken 64 years, but Wales have finally made it back to a World Cup finals. The playoff win over Ukraine at the start of June means that Gareth Bale will now play at the most important international tournament in the game – something the likes of Ryan Giggs and Ian Rush never managed to do.

Online sports betting sites don’t seem to have much faith in Wales getting very far in Qatar. But then that is much the same case as with the squad that qualified for the European Championship in 2016 – and everyone remembers how that ended up. Welsh players and fans will now be eagerly looking forward to the World Cup at the end of the year. But how did their compatriots get on last time?

Rob Page might have had to deal with the tension of a play semi-final and a delayed final against a nation currently at war. But even that situation is not quite as strange as the one that faced the 1958 Wales team.

After finishing second in their qualifying group behind Czechoslovakia, it looked like dreams of a first World Cup appearance for Wales had disappeared. But in the Asian and African qualifying section, Israel had ended up playing no games at all after opponents refused to face them. An inter-confederation play-off was swiftly arranged and it fell to one of the European group runners-ups to play Israel for a place in the finals.

Belgium were actually first pulled out of the hat but also refused to play. So Wales took their place. Two routine 2-0 victories home and away ended up being enough for Wales to qualify for their first-ever World Cup.

Wales were grouped with Mexico, Hungary and hosts Sweden – and were given a relatively good chance of progressing to the knockout stages. A battling display against a Hungary side weakened by the 1956 revolution brought a draw – and that result was repeated against a very poor Mexico and a Sweden team already through to the quarter-finals.

In the days before goal difference, or even head-to-head comparison, Wales were forced to play another game against Hungary in a play off to go through. Hungary concentrated on fouling star man John Charles but Wales ended up winning 2-1 thanks to two second-half goals from Ivor Allchurch and Terry Medwin. A place in the quarter-finals beckoned.

A Meeting With a Future Star

Wales were drawn against Brazil, the winners of Group 4, and a side that were yet to concede a goal at the finals. The punishment meted out to John Charles proved to be too much for him to participate, meaning Wales would be playing in their biggest game of all time without their talismanic striker.

Wales played valiantly but only managed one real chance to score – and missed. It was left to a 17-year-old Brazilian prodigy called Pele to score the only goal of the game and knock Wales out of the competition. Brazil went on to lift the trophy, with Pele scoring five in the remaining two games and announcing himself to the world in the process.

Wales Squads – Then and Now

Outsiders might look to that 1958 Wales team centred on a superstar attacker and a couple of other talented players and find direct comparisons with the team of today. But Wales fans will tell you that Rob Page’s squad is far more balanced, with Gareth Bale ably backed up by players in all parts of the pitch.

We will have to wait to see whether this Wales team can emulate – or even improve – on the exploits of the 1958 squad. But the Welsh players and fans will be enjoying themselves whatever happens later this year. It may have been 64 years of hurt, but there is no way that they will not give everything they have got in Qatar.