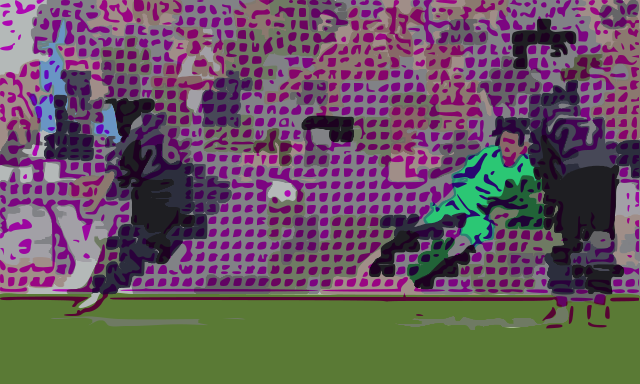 Here’s a question for the FA. If they’ve gone as far as clearing the diary so that the FA Cup Final is the only big clash on Saturday, why not go the whole hog and have it kick off at 3pm? Yes, I know the answer is probably something to do with international broadcast revenues, but it does feel like a missed opportunity.

A bit like Chelsea are probably feeling today. Mason Mount took his personal tally to six Wembley finals and six defeats when he missed the crucial spot-kick from the Blues’ perspective.

Not many would have had money on the Greek Scouser Tsimikas settling matters, but it was just nice to get through a penalty shootout that didn’t have a Kepa drama.

Liverpool fans didn’t get the perfect day out though – Mo Salah was subbed in the first half, a move that Klopp hopes was more “precautionary” than “well, that’s him not playing in Paris then”. If that wasn’t bad enough, Virgil van Dijk went off as well. Somewhere in Paris, Sergio Ramos is having a little smirk.

King Kloppo can finally add the FA Cup to his personal trophy room. Since arriving at Anfield in 2015, Jurgeylad has now won everything he can – Premier League, League Cup, Champions League and the FA Cup. And with Sunday events, he still has a chance of winning all four this season.

You’d assume Erling Haaland could well be on pens next season. In the week, Manchester City announced the signing of the Norweigan powerhouse striker – which will finally end the question, can City win stuff without a striker? Mind you, we’ll have a proper answer to that question this time next week I guess.

One of the reasons the clamour around Liverpool’s potential quad hasn’t got too loud is the fact that the Premier League has been completely in Peppy G’s hands for sometime now. 45 minutes into Sunday’s match at the Athletics Stadium and he must have been checking the trophy for grease as it was certainly starting to slip away.

Jarred Bowen activated his cunning plan to endear himself to the Kop just in case he ever moves to Anfield (a move that makes so much sense, by the way) by scoring twice and putting West Ham 2-0 up at halftime. City must have been sick of hearing what ‘mentality monsters’ their Merseyside rivals are because they game out fighting in the second half and got themselves level – Vlad Coufal also aiming for cult status at the Etihad with his spectacular diving header for the equaliser.

And then VAR made the right call giving City a penalty – and these mentally strong players who have not suffered any late upsets in recent weeks must have felt confident Riyad Mahrez would pretty much clinch the title mathematically. But, if Lukas Fabianski ever plays in front of the Liverpool faithful again he will get a heroes welcome if they do nick it over the final two games – the Pole guess right and dived left, saving Mahrez’s kick.

All that means that it could go to a final day – as a title chase like this really should. Liverpool have to beat Southampton on Tuesday night and then will hope City screw it up against Villa, meaning a win for them at home to Wolves will see the Premier League go where none of us really believed it would.

Is now a good time to mention the Manchester United punchup in training? No idea who was involved, but good sources suggest that two United players proper went at each other and had to be separated. It’s the most fight either of them (no matter who they are) have shown all season.

As I don’t think I have said before, I like my VAR decisions like I like my hot baths – long, slow, and potentially life-changing. The checks at the Tottenham Hotspur Stadium seemed to go on for ages as Davinson Sanchez’s flick on to Ashley Barnes’ arm from about 10 centimetres was overly analysed until they found an angle that made it look like it was a penalty.

Mission accomplished and 1-0 Spurs. The top four is now completely in sight for them, especially after they pulled Arsenal’s pants down in the 3-0 win on Thursday night.

As for Burnley, they are back in the drop zone after Leeds picked up a point against Brighton. Jesse Marsch and his assistant Gahndi find themselves a point ahead of the Clarets having played one game more.

Now, considering Everton really are not that good with 11 players on the pitch, it’s hard to believe they fancied having a go at Brentford with 10 for most of it and then nine when they needed a late surge to find an equaliser.

Frank Lampard’s team went into the game knowing a win would guarantee safety. The fans, again, did their bit by keeping the opposition awake in their hotel at 04:30am. Everton led – twice! A completely spawny goal followed by a cheap penalty (well taken by Richarlison to be fair) meant that the Ev could dream of a stress-free week.

Brentford ripped that dream apart, scoring twice and leaving Everton two points above Burnley having played the same number of games – which is one fewer than Leeds. A win against Palace on Wednesday keeps them up though, to be fair, on the final day they’ve only got an Arsenal team that will be licking their wounds having missed out on the Champions League.

And that means, for Leeds to stay up they need Villa to beat Burnley on Thursday night and then better Mike Jackson’s result on Sunday. Leeds have Brentford and Burnley have Newcastle. It’s going to the wire at the bottom.

Both Aston Villa and Crystal Palace probably care a little bit about finishing in the top ten, so a 1-1 draw doesn’t really help either. Stevie G laughed off suggestions that Ollie Watkins could be off to the Hammers in the summer – and Watkins certainly celebrated his goal like a player planning on sticking around next season.

Villa could have a big part to play in where the title is going – City could well need to win against them next season, so watch out for Gerrard sticking himself on the bench to do everything he can to stop that happening. If Liverpool do beat Southampton, Tuesday night through to Sunday afternoon is going to be very, very painful as the media crank up the ‘Gerrard can finally win a title for Liverpool’ narrative.

Watford’s players seem utterly determined that Roy Hodgson will retire for good this time. They’ve been absolutely abject since he arrived and the 5-1 home kicking against Leicester was, at times, hilarious. Having made the mistake of scoring first and helping the home fans remember that long lost feeling of what it might be like to get three points at Vicarage Road, some calamity defending and falling over led to Brentan’s side opening the floodgates.

Sound the Norwich got a point klaxon! Dean Smith’s side led against Wolves before realising they were winning, panicking and conceding.

Today’s Tales: Man United become even more of a pub side and Arteta’s cunning plan thwarted!