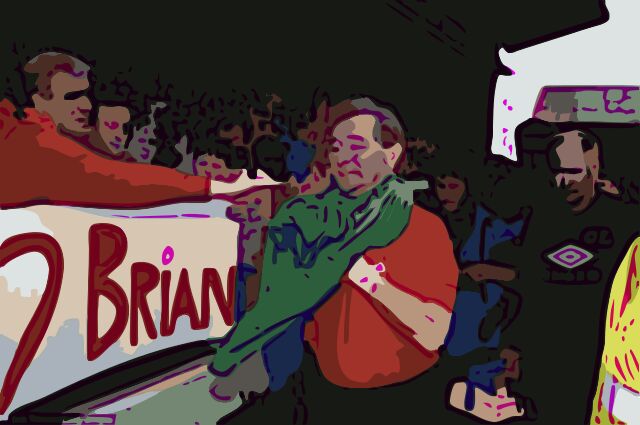 It shouldn’t have ended like this. Brian Clough, one of the finest managers England has produced (most certainly when Peter Taylor was by his side) retired from football management on May 8th, 1993. Clough’s last game with Nottingham Forest ended in defeat and relegation from the new FA Premier League.

It really, really should not have ended like this.

How did what should have been a happy farewell tour end up with relegation for Clough?

Nottingham Forest in the early 90s

Come the early 1990s, neither Brian Clough or Nottingham Forest were not what they once were.

They started the decade with a League Cup Final win over Oldham Athletic and a 9th place finish in Division One.

91/92 saw them finish 8th once again and lose to Man United in the League Cup Final.

Having written that down, I might have to retract or revise my original statement – Clough and Forest might not have been exactly what they once were but how many clubs would accept that run now? Bar Man City, Liverpool, United and Chelsea I think most teams would bite your hand off for Premier League consistency and cup finals each season.

It’s worth me remembering that Forest also got to the 1989 FA Cup semi finals as well as winning the League Cup against Luton Town. They finished 3rd that year. The season before? 3rd again and another FA Cup semi final. 86/87? 8th and nowhere in the cups.

Nottingham Forest and relegation in 1992/93

The season was a complete disaster as Forest finished bottom of the newly formed elite league – but, it didn’t start too badly.

August 16th 1992 saw Forest play Liverpool in Sky’s first-ever ‘Super Sunday’ clash. Forest got off to a winning start courtesy of Teddy Sheringham’s winner. When you win on the opening day, especially against a club the size of Liverpool (remember, these were still the days where Liverpool were expecting to immediately return to the title-winning groove that had swept them through the 70s and 80s), the last thing you are thinking of is relegation.

Clough had sold Des Walker to Sampdoria of Serie A in the summer, but the opening day clean sheet coupled with still having Stuart Pearce and the up-and-coming midfield star Roy Keane providing solidity and the guile of Sheringham upfront with fellow England international Nigel Clough was enough for there to be belief that Forest could well compete in the glitz and glamour of the Premier League.

The bubble was burst pretty quickly, though – within seven days of scoring the first-ever live Premier League goal on Sky, Sheringham was sold to Tottenham. Forest would go on to lose the next six before three league draws in a row stopped the rot.

Knocking Stockport out of the League Cup didn’t massively help the league form as they lost again – this time to Arsenal – on October 17th before picking up four points from a win against Middlesboro and a 0-0 draw with Sheffield United.

It was clear that the quality coming in was not matching the quality being sold – Darren Wassall, signing to replace Walker, didn’t make the grade with Clough and was soon out again. Robert Rosario, with all the will in the world, was not the man to replace what Sheringham brought to the side – and even if he was, he was only signed in March and could easily be considered a panic buy.

A momentary bright spot appeared with a 4-1 win over Leeds at Elland Road, but it was Forest’s only win in December.

They entered 1993 five points below Wimbledon at the rock bottom of the Premier League, albeit with a game in hand. Three wins, six draws and 12 defeats led them to the worst goal difference in a league led at that point by, surprisingly, Norwich City.

January gave Clough and the side hope – an FA Cup win over Southampton inspired them to a win away at high-flying Coventry. The first month of 1993 saw them pick up nine league points and a 4th Round draw with Middlesbrough (who they beat in the replay at the start of February).

Forest went into February second from bottom on goal difference – above Joe Royle’s Oldham Athletic, a single point below Harry Bassett’s Sheffield United and three points from safety with a game in hand.

A good month could change things and they got one – a point at home to Liverpool followed later in the month by wins against Middlesboro and QPR. Could they pull this off?

At the start of March, Forest had climbed out of the relegation zone – Sheffield United, Boro and Oldham below them and still a game in hand. Was Clough’s farewell season going to end with a better story than expected?

All momentum that had been built up was lost in the next few games – a draw with Palace was followed by back-to-back 3-0 drubbings against Everton and title-chasing Norwich. Leeds got a point from the City Ground before Forest finally got a March win at the Dell, beating Southampton 2-1.

On April Fools’ Day, Forest were back in the bottom three but it wasn’t terminal – they were a point behind the Blades with Boro and Oldham beneath them. All was still to play for.

Three defeats in six days at the start of April was the killer – Villa, Blackburn and QPR in a 4-3 thriller all took maximum points off Forest. A win against Spurs gave them hope again, but little did they know that would be Brian Clough’s final league victory.

This mini-run meant Forest went into a crucial game with Wimbledon on 17th April three points from safety and second from bottom.

They lost 1-0 at Selhurst Park and followed it up with a 1-1 draw at Highbury against Arsenal.

This meant that defeat to Sheffield United in Clough’s final league match at the City Ground would mean relegation from the Premier League.

By this point, nobody could disagree that Clough looked well. He was due to retire at 58 – to give this some context, he would be the third oldest Premier League manager today. Equally, Jurgen Klopp is 54 and you cannot imagine him retiring in four years. Conte is 52 and you could say the same about six years time. David Moyes is 59 etc.

Clough’s drinking was well documented – not just in print but in his face. This was looking like a sad goodbye for a managerial great.

Before kick-off, the late great Brian Moore said as Clough emerged from the tunnel and embraced a policewoman;

‘The man with the green sweater. An embrace for the law on his last home appearance. Whatever his failings, whatever his foibles, he’s been a power of good for the game of football…’

This was Clough’s 993rd match in charge of the club – 18 years at the helm and miracles delivered in years gone by.

Another one was needed.

There wasn’t one on offer this time as Forest called time on a magnificent journey without so much as a fight – Bassett’s side won 2-0, sending Forest down. Glyn Hodges and Brian Gayle were the scorers.

Post-match, Clough’s son Nigel was grilled by Davies on his father’s health. Clough Jr batted it back professionally.

And of course, there was the final interview with Clough Sr himself – which ended with two greats of the game parting ways with a touching embrace.

If this was the game that meant it was over, there was one last dance for Clough in the dugout – a 2-1 final day defeat to Ipswich in which his son scored the final goal of his dad’s reign.

As biographer of Clough, the BBC’s Pat Murphy said of the end;

“He had been irritated at the consensus that Forest were too good to go down and his inability to transform their performances. The pain of that relegation scarred his career. But those fans who roared their approval at the old boy in the green sweatshirt knew his value. The supreme actor-manager of football had taken his last curtain call.”

Brian Clough – for me, with Peter Taylor, he’s up there with the best ever. Without him, well he was still pretty damn good.

Like the greatest boxers in the world, he should have gone a few years before – but, what he achieved at his best must never, ever be forgotten.

And hell, it was never dull.