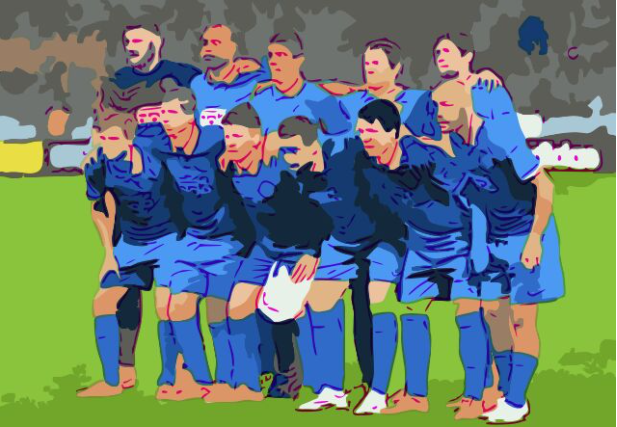 As the UEFA Champions League became an increasingly closed shop for the western European powerhouses during the 2000s, the UEFA Cup offered a realistic route to glory for clubs from the east of the continent. CSKA Moscow trumped Sporting Lisbon in the Portuguese outfit’s own stadium in 2005, while four years later Shakhtar Donetsk got the better of Werder Bremen in the last final under the competition’s former name.

Since its renovation as the UEFA Europa League, though, it has very much been a case of ‘best in the west’. Of the 12 finals which have so far been played since the rebrand, all but one have been won by clubs from either England or Spain, the exception being Porto’s 2011 triumph in an all-Portuguese decider in Dublin. That will soon become two from 13 following the upcoming showpiece between Rangers and Eintracht Frankfurt.

Indeed, only one club east of Germany or Italy has reached any of the dozen Europa League finals which have been played to date. That was the unlikely Ukrainian lads of Dnipro in 2015. However, as you will read below, their demise from this lofty height was even more dramatic and unpredictable than the ascent.

To be fair, the club from the city of Dnipropetrovsk (as it was known until being shortened to Dnipro in 2016) had some history behind it, twice winning the Soviet top flight in the 1980s, a time when the former USSR had some very strong clubs contending for silverware. When the Soviet Union was disbanded after the fall of Communism in the early 1990s, Dnipro were frequently among the best of the rest in Ukraine after the near-annual top two of Dynamo Kyiv and Shakhtar Donetsk.

They were frequent participants in the UEFA Cup and Europa League in the 2000s and early 2010s but, in the middle of the most recent decade, the team peaked under the management of Juande Ramos. The two-time UEFA Cup-winning coach with Sevilla had a rather less cerebral time at Tottenham, but perhaps his most admirable work was accomplished with Dnipro.

Despite having a glittering €40m stadium built in the 2000s, the team were forced to play home matches 400 miles away in Kyiv during the following decade as Dnipropetrovsk was caught in the crossfire of ongoing conflict between Russia and Ukraine, a conflict which has sadly escalated quite considerably in recent weeks and months.

Ramos’ team made light of this significant obstacle by finishing second in their domestic league in 2014 to earn a place in the qualifying rounds of the Champions League. Defeat to FC Copenhagen put paid to the dream of rubbing shoulders with the likes of Real Madrid, Bayern Munich and Barcelona, but what followed was a journey like none other in the club’s history.

Victory over Hajduk Split in the Europa League play-offs saw them progress to the group stage once more, but their first three games yielded no goals and just one point. A win over Qarabağ offered renewed hope, which was all but extinguished after defeat to Inter Milan. A must-win final matchday showdown against Saint-Étienne awaited, but even then their fate was out of their own hands. Dnipro did their bit, winning 1-0, and Inter did them a favour against the Azerbaijani outfit, with the Ukrainian side – now managed by Myron Markevych – sneaking into the round of 32 for the third successive season.

They had come a cropper at this stage in the two previous campaigns but overcame Olympiakos 4-2 on aggregate to set up a round of 16 tie against Ajax. Both legs ended 1-0 after 90 minutes, which necessitated extra time in Amsterdam. Goals for either side in the added 30 minutes meant that, despite losing on the night, Dnipro had their away goal to ensure an improbable passage to the quarter-finals, defeating two teams who had dropped down from the Champions League group stage.

Club Brugge appeared the most charitable opponent they could have drawn in the last eight and the tie proved to be a tactical masterclass from Markevych. A sterile 0-0 draw in Belgium preceded a narrow 1-0 victory in the return leg for Dnipro, with neither match offering a thrill for the neutral. Not that the Ukrainian side could care; they were now just 180 minutes away from emulating Shakhtar six years previously in getting to a European final. Another stern opponent lay in their path, however.

Trailing 1-0 to a Rafael Benítez-managed Napoli with 10 minutes remaining in the first leg in Italy, substitute Yevgen Seleznyov plundered a potentially crucial away goal to ensure that the tie was brilliantly poised for the return leg. The Spaniard was known for being a coach who could nullify opponents and mastermind narrow victories in European knockout ties, but Markevych was proving just as adept in this regard. The Serie A outfit were having little joy against Dnipro’s massed defence in the Kyiv rain and fell behind to another Seleznyov goal just before the hour mark. The Ukrainians held firm, in no small part thanks to the heroics of Denys Boyko in goals, to pull off yet another upset and book their place in the final, where title holders Sevilla awaited.

Many of Dnipro’s matches en route to the Warsaw decider were low-scoring affairs, but it took just seven minutes for the deadlock to be broken in the final and it was one-time Blackburn flop Nikola Kalinić who put the underdogs in front. Sevilla drew level just before the half-hour through Grzegorz Krychowiak and soon edged ahead through Carlos Bacca. There was still time for one more goal before the interval, Ruslan Rotan curling home a superb free-kick to level the match again on the stroke of half-time. A thrilling first half gave way to a much cagier second 45 minutes, with just one more goal on the night as Bacca doubled his tally in the 73rd minute to ensure that Unai Emery’s Sevilla made it back-to-back triumphs, just as they had in 2007.

Although Dnipro had been unable to emulate fellow Ukrainian outfit Shakhtar in lifting the trophy, they had acquitted themselves tremendously on the grand stage in a pulsating final. The likes of Boyko, Kalinić and Yevgen Konoplyanka were tempted to better-resourced clubs elsewhere in Europe. Such an exodus came as no surprise but little did anyone know at the time that Dnipro’s bubble had popped…and the aftermath was not pretty.

Just over a year after that Europa League final appearance, reports emerged that owner Igor Kolomoyskyi – a former governor in the region of Dnipropetrovsk – had stopped funding the club.  There were even rumours that Dnipro would be liquidated, and while Kolomoyskyi denied these, he offered a worrying note by saying: “The club will not exist in the same form as before. It is not normal to spend crazy amounts of money when the coefficient of useful activity equals zero.”

By this stage, the club had already been disqualified from European competition in 2016/17 for breaching Financial Fair Play regulations. That season began with 17 senior players being released on free transfers and Markevych resigning, with the club barred from signing new players by the Ukrainian FA. This was due to unpaid debts to Ramos and some of his staff from their time at Dnipro, who were hit with two deductions totalling nine points throughout the subsequent campaign.

An 11th-place finish in the 12-team top-flight resulted in relegation – but not to the second tier. Instead, the crisis club were demoted to another rung on the ladder, where they would have the ignominy of facing off against the newly-created SC Dnipro-1, which also took over their long-standing neighbours’ academy. The new entity earned promotion to the second tier in 2018, when FIFA dealt FC Dnipro a further blow by relegating them once more and consigning them to the amateur ranks of Ukrainian football – in their centenary year, no less. Years of financial neglect, with multiple failures to pay monetary compensation to which former players and managers were entitled, had caught up with the 2015 Europa League finalists in a big way.

Bankruptcy followed, many of the remaining players and coaches deferred to SC Dnipro-1 and, in 2019, FC Dnipro was officially dissolved. Two years later, their former player Jaba Kankava, one of the heroes of the 2015 Europa League run, lodged an unsuccessful request with FIFA to have SC Dnipro-1 recognised as a sports successor of FC Dnipro in order to recover his unpaid salary from the latter.

As has been seen in several instances in England, many fans of a club no longer in existence grouped together to set up a new entity, in this case, FC Dnipro 1918. Perhaps in the future they can rise to prominence just like AFC Wimbledon have done on these shores, but for the time being, the people of Ukraine, unfortunately, have far bigger worries to bear than the comparatively trivial fortunes, both on and off the field, of their favourite football clubs.