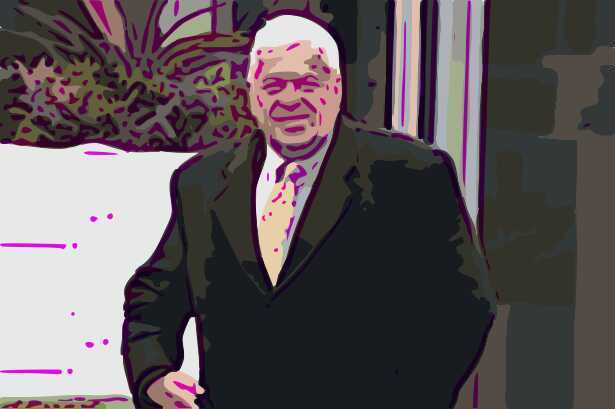 It was a rather strange end to a long odyssey. A crackly phone line on Sky Sports News and Rio Ferdinand acting in amazement at the end of a journey that had started so promisingly. And as long and wonderful the journey had been, its end was abrupt and short.  And as David O’Leary stood on the touchline in his last match as Leeds United boss – a 1-0 home win against Middlesbrough, he could feel the end was very near. The Champions League dream burnt in ashes after a January collapse that saw Leeds fail to win in 8 league matches, the relief that the season had ended was almost palpable to everyone in Elland Road that day. Everyone except chairman Peter Ridsdale, who no doubt saw the storm clouds gathering over the Pennines as he looked beyond the John Charles Stand, knowing that they would be upon him in the coming months.

As all great dynasties go, they are built long before coming to fruition. And Leeds United’s was built by Howard Wilkinson. Sgt Wilko as he was affectionately known by the Leeds United faithful was the architect of the revival of Leeds United. He took a club living in the shadow of the Revie years, slumbering in the Second Division to the First Division title in 4 years.

This turnaround in fortunes was due in part to the foresight and vision of the Chairmen, Bill Fotherby and Leslie Silver, who knew that change was coming. The Premier League was just around the corner, and they had to be up there, competing or be left behind, a footnote in a history some were glad to leave behind. His on-field successes were mirrored in the fan’s affections, Sgt Wilko was the man who clipped Fergie’s wings, talking for Leeds when all around them said they couldn’t do it. He was the man who built a team that brought back pride to a city that was ready to puff its chests and show it off again.

Wilkinson knew instinctively that clubs are built on long term planning, vision and investment. All these elements are represented in their truest form in their academy. Leeds had invested heavily in the training complex at Thorp Arch, opening a top-class facility in 1994 which included an academy ready for the change that was now happening. But this investment on the future proved to be the last act of Wilkinson’s tenure, as he was sacked in September 1996, after a 4-0 home defeat against arch-rivals Manchester United. His sacking was in part fuelled by poor results after the 92’ title winning side had been dismantled, but also the desire for new owners to impart their own vision on the club, and craft a new plan to breathe new life into the club and the city.

Peter Ridsdale was always keen to talk up his connection to the city. He was a Yorkshire lad, born in Leeds and had supported the Lilywhites all his life. He loved being the Chairman, and almost by default after various boardroom wrangles, his long-held passion for the club and his desire to shape its fortune had finally come true. And he was keen to make his mark.

He settled originally on George Graham to take the club forward, a seemingly sensible approach to continue Wilkinson’s legacy and a man seemingly in tune with what Leeds fans desired. He called for Yorkshire grit, firing up the fans as well as some of the players and it worked in some ways, Leeds finished fifth in his first full season in charge in 97/98 and as the 98/99 season got underway, Leeds found themselves top in September.

But Ridsdale had not banked on how hard-nosed Graham was.

The investment in the youth academy was beginning to bear fruits. Youth Manager Eddie Gray and First Team coach David O’Leary believed that they had something really special in the youth set-up. And they were not wrong. Jonathan Woodgate, Harry Kewell, Paul Robinson, Alan Smith and Stephen McPhail were all chomping for an opportunity in the first team. Former youth boss Paul Hart felt so strongly about the talents of Woodgate, that when Graham refused to promote him to the first team, he resigned. Under Hart, they had won their second Youth Cup the year before. But after a rancorous summer in 98’, Graham decided that the youngsters were not ready for the first team. Somewhat disappointingly, they stayed in the reserves.

Graham however had not counted on how febrile the Leeds faithful could be.

Whilst results had been strong, and the team that Graham had built was balanced and certainly effective, Leeds fans felt Graham was not fully invested in the project despite his and Ridsdale’s protests to the contrary. They were ultimately proven right. It all came to a head at Spurs. Spurs had recently sacked Christian Gross and Graham was the favourite for the job. And so, like the perfect twist of a story that only sport can provide, they met in the league. Leeds fans directed their ire and anger right at Graham for 90 minutes, Ridsdale even pleaded with the fans at half-time to lay off him. And as the final whistle blew on a 1-1 draw, the Graham era was over. But it wouldn’t be the first time that Leeds fans would feel cheated under Ridsdale.

O’Leary now found himself in the hot seat. And Ridsdale had a manager who was as keen as he was to build on what had come before.

Initially, fans loved O’Leary (partly for being a hero in the plane crash 6 months before) and for his propensity to play front foot football, attacking and open and always with the thinking that goals win games. And he was keen to change the image of Leeds United and the fans as well. Leeds had never been a team much loved by anyone other than their own fans, and Leeds fans had grown to expect it, almost welcome it. But the team O’Leary had in mind were completely different.

Unafraid to throw in the youth, O’Leary quickly started introducing the players who had blazed through the youth ranks. As the season wore on, Woodgate, Smith, Kewell and Lee Bowyer, all established themselves as regulars in the team, and O’Leary’s brand of football was beginning to create an identity that fans could latch onto.

It was ambition, the sheer feeling that it was all possible again. Fans who had felt the club had been left behind were left intoxicated by the atmosphere created at Elland Road. And the brand of football on display was helping that.

“We are Leeds, we are Leeds, we are Leeds” would be echoed around Elland Road and the team would feed off it. Of course, Leeds fans have always been proud of their team, defiant in the fact that nobody else liked them, but this was different. This wasn’t a team who scrapped their way to wins, trophies and ugly reputations, this was a team who played their way into the hearts of the fans there. It was a different kind of pride.

As the 98/99 season ended, O’Leary had successfully bedded in the youngsters and led Leeds to 4th and a place in the UEFA Cup. Behind the scenes, Ridsdale put heart before head and sanctioned a spending spree.

It was naked ambition, built on financial devices that were designed to build a club, feed the beast and push Leeds further up the table. It worked as well. The season afterwards, Leeds finished third, and Ridsdale and O’Leary spoke about pushing for league titles and even further success. It was music to the ears of the fans, O’Leary’s young guns had lit up the league and breathed new life into a city that had never hidden its hopes, they deserved to be backed.

Of course, much has been said about the 00/01 season, the zenith of O’Leary’s Leeds. But to a city and a club like Leeds, they were back where they felt they belonged. As the fans marched to Elland Road on a cold Wednesday night in September, chests puffed out, singing and chanting all the names of players past and present, they would typically feel trepidation knowing that the opposition was AC Milan, but they felt different this time. Fear was not felt by the fans or the players. O’Leary said of Alan Smith that night

“Before the game I looked into his eyes and there was no apprehension, he had the look of somebody who was saying I want to go out there and show I can play against the likes of Maldini and the rest of them.”

The game was an energetic 1-1 draw but that night was the peak. The true pinnacle of a club’s synergy with its fans.

Football was changing though, it was turning into a multi-million-pound business right in front of our eyes, a commercial operation that demanded commercial sensibilities. Ridsdale was a businessman, but the fervour to keep the dream alive meant he let his heart rule his head. For a fan, that is always the case, and it was a trap Ridsdale fell into.

And it changed on a dime when later that season they failed to qualify for the Champions League. It was business as usual for Ridsdale originally, he mooted the idea of a new stadium – “world class and for the future” but many fans were divided and worried that leaving Elland Road would change the soul. It was the first misstep of Ridsdale’s time and sowed the seeds of discontent. Those doubts surfaced again with the Seth Johnson transfer, overpriced and excessive, it was further proof to fans that Ridsdale had lost his way. Fowler followed for £11 million and open questions were being asked about the finances for the first time. Rather like George Graham’s departure, somebody somewhere wasn’t telling the truth.

And so it came to pass, a disappointing second half of the season meant their title challenge flittered away and the gamble on qualification for the Champions League had passed by.

The final act of this era was the lightning speed unravelling of the team that O’Leary had commandeered, sold off in a firing sale to plug the debts, raise cash and keep the dream alive. O’Leary left acrimoniously in 2002 and Leeds fans openly revolted against Ridsdale and the board.

They had been lied to, once again.

And as Ridsdale sat next to O’Leary’s successor Terry Venables in 2003, six months after O’Leary had left, explaining how the club had “lived the dream” he was confronted with the hard truth that he didn’t have the right to dream for the fans, to gamble with part of a cities fabric, he only had the right to preserve it.

Leeds United fans paid the ultimate price for the betrayal of their trust and faith, openly mocked and the image and pride that O’Leary had carved out was left in tatters. Relegation followed, followed by 17 years of trying to regain the things they lost.