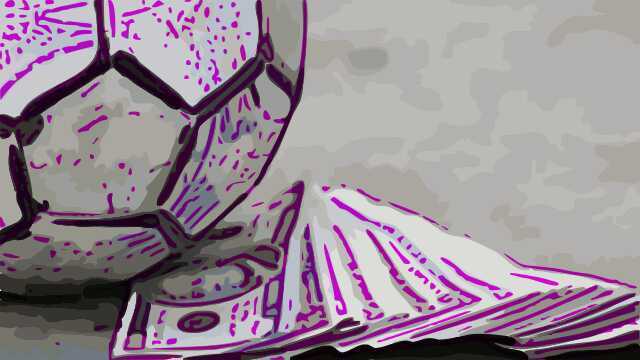 Remember when football was an affordable sport for the working class? Yeah, me neither. Like in many other industries, the rich are yet again stealing from the working class. Football is no longer viewed as a sport but instead viewed as a business opportunity, due to the global audience it attracts.

In recent years, the Premier League have seen an influx of multimillionaire businessmen looking to reap the financial rewards that owning a football club brings. However, nearly all of them have one thing in common, a distinct lack of understanding of the deeply rooted traditions and cultures that surround football. For every million that they throw at the club, a strand of the clubs long standing DNA dies.

After a visit to the Art of the Terraces exhibition, located in the Walker Art Gallery in Liverpool, it was clear to see just how trapped ‘the beautiful game’ is in the commercial world. From the absurd European Super League suggestion to £7 pints of pre-pulled warm beers, it’s fair to say there’s been a few decisions made with the rose note-tinted glasses on.

However, I can’t really criticise the teams and organisations for doing this when the sports leading governing body, FIFA, has been chaired for several years by a man embroiled in money laundering and fraudulent activities. Former Swiss president, Sepp Blatter, has single-handedly lowered the reputation of the sport with his many scandals and alleged corruption. Instead of explaining all his wrongdoings and dodgy dealings, artist Peter O’Toole paints the picture perfectly, quite literally.

All of the money pumped into the game by wealthy foreign owners has led to many corruption scandals, such as Blatter’s, but it has also led to huge inflation. Player wages, transfer fees, ticket prices, merchandise, you name it, it’s gone up in price. I can accept Freddo’s being 35p, as ludicrous as that is, but I draw the line at paying £70 for a seat with a restricted view in a nothing cup game.

The working-class fan that is very much responsible for the sport’s success is now being priced out of supporting their beloved club. Football is nothing without fans, and this article will look at the many ways in which the modern-day supporter is becoming discouraged by the modern football culture.

The cost of being a football fan is at an all-time high right now, and ticket prices are very much the chief suspects as to why. Artwork by Jens Wagner sums up how supporters are feeling pretty well, enough is enough!

The Super League fiasco has evidenced that football is broken, but this was not news for us supporters. We’ve known for several years that we are just a tick on the spreadsheet, a stick on the tally chart, and ultimately just a source of income for the club’s hierarchy. Punished for our loyal fandom, we’ve seen our role as fans drift from centre stage to the peripheral edge.

As fans, we have tried to have our voices heard several times, which is portrayed by Wagner. First, it was as part of the ‘reclaim the game’ campaign across Europe, which demanded higher fan involvement and more affordable access to the sport.

Then, it was the ‘Twenty’s Plenty’ movement in 2013, which saw supporters up and down the country protest with regard to the extortionate away ticket prices. For ‘football casuals’, showcased in O’Toole’s artwork, match-going was not optional, it was a given. Due to the rising costs involved with the away day experience, many of the new wave of football fans don’t even have the option to attend.

Nowadays, by the time you’ve purchased your away ticket, got the train to the ground, parted with £5 for a microwaved pie and brought the matchday programme, you’re looking at close to £100 spent. With the recent spike in the cost of petrol, gas and electricity, this just isn’t doable for the working-class family. That’s even assuming that there isn’t a tube strike occurring, which has become a frequent dilemma for the away day goers.

Whilst it is not the £20 price that fans protested for, Premier League away tickets were capped at £30 in the 2016/17 season and have remained at that price throughout. It may have taken several dozen stadium walkouts, hundreds of derogative banners, and most importantly for the clubs, a profit loss, but we are finally starting to move in the right direction when it comes to ticket pricing.

That being said, even £30 is not affordable for many fans in today’s world, but don’t stress, at least you can watch it at home for a relatively low cost, oh wait……

One of the largest sources of revenue for the Premier League, and other top European leagues, is the expensive broadcasting deals. As the English top flight is widely regarded around the world as the most competitive and entertaining league in the world, fans from all around the globe are fixated on watching. The global interest, combined with the extortionate ticket prices, has ensured that the demand for Premier League broadcasting is higher than ever before.

Since its formation in 1992, Sky has been the home of Premier League football, after a £304 million broadcast deal was agreed between the pair before a ball had even been kicked. A lot of money when you consider at the time, nobody knew if the Premier League would be a success or not. Needless to say, it was, and Sky has reaped the rewards of its investments. Millions of football fans up and down the country all purchased the sports package and were greeted by former Sky Sports presenter, Richard Keys, who claimed that “weekends will never be the same again”. He was right, and Super Sunday is still to this day one of the most looked forward to parts of a football supporter’s weekend.

However, like anyone else that gets a bit of airtime and a little bit of money, the Premier League got greedy. Sky has had a stranglehold on Premier League TV rights for the best part of 20 years, until BT Sport swooped in during the 2013/14 season. Add Amazon to the mix, who began streaming 20 live matches per season during the 2019/20 season, and you have a bit of a conundrum as a football fan trying to watch live football on TV.

If you are looking to watch live Premier League football, legally, then you would need a subscription to Sky Sports, BT Sports, and Amazon Prime. Over the course of a season, this would cost the average household around about £700, which really isn’t justifiable with the current economic climate in the UK. The FA has condemned the use of illegal streaming services on multiple occasions, but when they are charging these extortionate prices, who can blame those that do? It’s as if they think the supporters get paid as much as the footballers themselves.

It’s made worse by the fact that the outdated football blackout rules on a Saturday afternoon are still in place, which restricts broadcasters from showcasing any of the 3pm kick-offs. The big team bias is also well documented by Premier League fans, and Sky and BT especially prioritise the bigger teams in the league in a bid to boost the viewing numbers. For fans of teams situated in the lower half of the league, you’re effectively paying £700 to watch a maximum of 20 of your teams’ games. I’m no budgeting expert, but that sounds rather foolish to me.

Then there was the whole pay-per-game fiasco during the Covid 19 pandemic, where the Premier League attempted to fleece their customers into paying £14.95 per game. In a time when millions around the globe had lost their job, and in some cases family members, the PPV showed where the FA’s real intentions were, making a quick buck. Even Sky and BT admitted they wanted it axed, which shows just how much power the Premier League has over their broadcasting partners.

Since the early 1900s, football fans have had a strong affinity for fashion. Despite being completely separate industries, they are often intertwined with one another, and there is certainly a visible fusion that can be seen between the pair. Ross Muir’s clever adaptation of Vincent Van Gogh’s infamous self-portrait really illustrates, and defines, the style and culture that football casuals embraced in the terraces between the 1970s and 1990s.

It’s no secret that terrace fashion has seen a major resurgence in recent years, with brands that graced football stadia for three decades all making a comeback. Fila, Ellesse, Kappa, and Stone Island are all casual fashion brands that have been resurrected by football fans. Even German sportswear powerhouses Adidas and Puma to some extent. They never quite fell off as much as Fila for example, but the demand for trainers such as the Adidas Samba’s or the Puma Suedes depicted by Pete McKee has arguably never been higher.

Other than the fact that the 80s and 90s fashion is highly appealing visually, it also serves as an important reminder to supporters that football has not always been dictated by money. Collaborations between football clubs and fashion brands in the modern-day are still a thing, but they are targeted towards the more affluent supporter and positioned as luxury fashion.

PSG have collaborated with Dior, Inter Milan have paired up with Moncler, and Arsenal and Stella McCartney have combined on a project. All fashion brands you would typically associate with luxury fashion, that tend to carry an expensive price tag. In an attempt to globalise and expand their position as ‘brands’ rather than ‘football clubs’, teams are releasing more and more clothing items, in the hope of replacing the streetwear brands of old.

Then there’s the main event, the centre of attention on a match day, the football shirt. If you have read any of my previous work, you’ll know I’m an avid jersey collector, although, like many other shirt collectors, I prefer the older kits as opposed to the newer releases. Not just because of the vibrant colours and nostalgic moments that I mentioned in a past article, but partly due to clubs’ tendencies to release about a million kits each season.

Gone are the days when fans would flood into nearby pubs all wearing the same shirt as McKee illustrates, and gone are the days when clubs would have just two jerseys per season. Instead of releasing just a home shirt for home games, and an away shirt for away games, clubs insist on releasing a third and fourth strip, as well as a mid-season shirt with the tagline “inspired by” and then a nonsense marketing ploy. At this point, I’m convinced teams decide what shirt they are wearing based on whichever one has the lowest sales figures.

It would be okay if the kits were affordable, but you’re looking at an average price of £65 for a Premier League shirt. That’s just your bog-standard replica, with no name on the back, and no badges on the sleeve. If you were to buy every shirt that Arsenal sold in the 21/22 season at the Emirates Stadium, you’d have parted with close to £600. Make it make sense.

The over-commercialisation of football is slowly killing the game, disrespecting the traditions and cultures that the football casuals, and previous generations of fans, have built up over time. The Art of the Terraces exhibition served as a reminder to me, a young(ish) fan, of what the ‘good old days’ that everyone bangs on about were actually like.

Real Madrid chairman, Florentino Perez, claimed that “young people are no longer interested in football”. We are interested, we are just priced out of showcasing our interest on a regular basis.