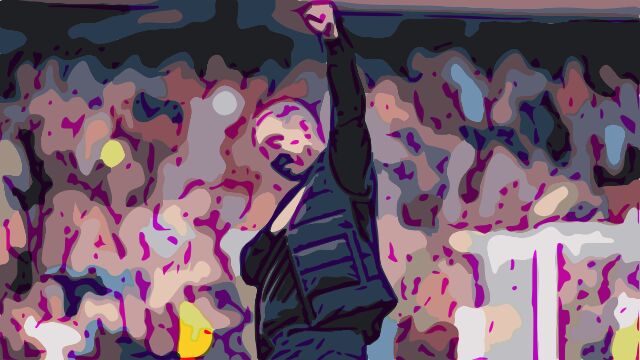 Well, this impending World Cup is doing funny things to people, isn’t it?

I mean, I don’t completely disagree with the general sentiment of the second bit – they have got a lot to answer for. But blaming them for the player injuries in the month of October? Wind it in a bit, my friend. It’s not as if no player ever has missed a summer World Cup because of an injury, is it? Injuries happen just as much at the end of a season as during it (though, I have no evidence to support that sweeping statement) so although I am not a huge fan of a World Cup kicking off in a matter of weeks, I do think that’s one of the weaker stones to through in FIFA’s direction.

Whisper it quietly, but it might even be quite good – you know, players actually relatively fit rather than at the end of a physically and emotionally draining season?

And in a moment of rare common sense in football, QPR manager Mick Beale turned down the opportunity to spend eight months in the Wolves dugout last week. He felt his graduation from promising young coach to sacked with a big payoff within a year was all happening a bit too fast – and probably couldn’t get away from the fact he ended up on Wolves’ shortlist because he speaks a bit of Portuguese.

Let’s just hope Villa don’t come knocking now they’ve freed Steven Gerrard to take over from King Klopp at Anfield – after all, one of the reasons Gerrard even had a reputation as a future Liverpool gaffer was down to the fact the Beale was alongside him.

Stevie G was sacked before they’d even got off the coach home after a trouncing away to Fulham in midweek. The Villa owners, somewhat ambitiously/foolishly hoped to tempt the Poch or Tommy T to take over a side flirting with the Premier League relegation zone. It might surprise you to hear they turned it down – the allure of trying to locate Philippe Coutinho’s ability not quite strong enough.

And to the weekend action.

Nottingham Forest versus Liverpool used to be quite a big fixture back in the day and Forest used to win it quite frequently. It was like 1979 all over again at the City Ground as Steve Cooper channelled his inner Cloughie to steal a 1-0 win.

Mind you, you could understand why Jurgeylad was a little confused – Liverpool could have scored five or six, and that was just Virgil. Granted, they were a little unfortunate that Darwin Nunez was just starting to look like a big-money striker before he missed the weekend game but even without him Forest should have been put to bed.

That’s three defeats for Liverpool now – just one fewer than last season’s Premier League total and we’re not in November yet. And no away wins? Seven years – I’m telling you, seven years.

Saturday night saw Chelsea and United get it on at the Bridge. Naturally, pre-match chatter was about a player not playing – Ronaldo. He’d managed to upset everyone again – this time by refusing to come on for the last few minutes against Spurs in midweek (United won and were pretty good without him) and then disappearing off down the tunnel before the final whistle. Roy Keane, who also managed a somewhat inglorious ending to an illustrious United career isn’t sure what all the fuss is about – now there’s a surprise.

On the pitch, United showed two things they’ve been missing over the last few years – firstly, actual ability as they really did dominate Chelsea for large spells and then a bucket load of balls in equalising after Jorginho had put the Blues one up from the spot with minutes remaining.

Casemiro’s header was good, his celebration better – if he seems to care that much, maybe he isn’t just there for the money? Of course, this United side has been very expensively assembled – but maybe Ten Hag is on to something.

Which is more than can be said for Conte in the last week – a defeat at Old Trafford where Hugo Lloris was excellent was followed by defeat at home to Newcastle where Lloris was not excellent.

Being defensive, dull and ruining matches is all well and good when you are winning them. But when you are losing, the locals start to complain a bit – never forget, Tottenham fans would rather lose playing lovely stuff than win. Harry Kane scored again though – imagine how excited everyone would be about him if that Haaland lad was still playing German football.

If, like the World Cup, you forget where the money is coming from, what Eddie Howe has done in a year at Newcastle is impressive – they ended the weekend sitting in fourth place and in Miggy Almiron have the league’s most improved player so far this campaign.

Arsenal’s title bid hit a bit of a bump as they only picked up a point against Southampton who are by far the most confusing team in the Premier League. The thing that surprised me most at St Mary’s was not Southampton getting a draw – it was the fact that Theo Walcott is still a professional footballer. I thought he retired a year ago.

The dropped points made it a good weekend for Man City who beat Brighton. Pep has sussed that another good way to win matches is to get the ball to Erling as efficiently as possible – an instruction Ederson understood loud and clear in punting the ball to the Norweigan who frightened Sanchez into legging it out of his goal, bounced Webster into the stand before tucking the ball home. It was a goal scored a million times a weekend by under-12 football teams in England back in the 80s and 90s.

It turns out sacking Stevie G might have been a good idea – Villa stuck anyone else in charge against Brentford and they were 3-0 up within 20 minutes. The final score was 4-0, somewhat denting any idea of Thomas Frank taking over.

Caretaker managers are all the rage currently, and with QPR’s manager saying no Wolves decided to extend ex-Crewe boss Steve Davies’ tenure until after Christmas. That was before they lost 4-0 to Leicester though – plans might have changed now.

Leeds are starting to wonder whether appointing someone similar to Marcelo Bielsa was a bad idea after all – Fulham beat Jesse Marsch’s team 3-2 at Elland Road to leave them in a bit of bother given the fact they’ve not won in quite a few now.

Life feels a bit better in the blue half of Merseyside now Dominic Calvert-Lewin has been able to get through a match without falling apart – he scored the first in Everton’s 3-0 win over Palace, a result that probably increases the pressure on Patrick Vieira.

And that’s it for now – following that performance, there will probably be a caretaker in charge of all this next week…