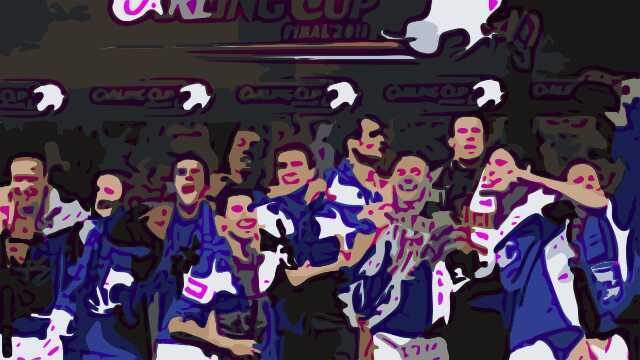 Going into the final, many fans and bookmakers alike favoured Arsène Wenger’s side, with the Gunners beating Pep Guardiola’s Barcelona 2-1 in Champions League action the week before, and were sitting second in the Premier League just four points shy of leaders Manchester United, with a game in hand. Despite being heavy favourites, Arsenal were experiencing their worst trophy drought under Wenger’s management, going six years without winning a major honour. Wenger would also be without captain Cesc Fàbregas, as the Spaniard was absent through a thigh injury.

Birmingham entered the contest as heavy underdogs, having not lifted a major trophy in 52 years. Blues were also fourteen positions below Arsenal in the Premier League standings, as Alex McLeish’s men looked to cause an upset of monumental proportions.

Inside Wembley Stadium was a crowd of around 89,000 people, all eager to see whose day it would be. Mike Dean was assigned to referee the game, which promised to deliver fireworks, drama and excitement throughout. Both teams emerged from the tunnel, welcomed by a raucous atmosphere with anticipation in the air and a stadium split between red and blue, praying to see their side lift the League Cup. This fixture is remembered by both sets of fans for contrasting reasons, but it’s important to recap how the eventual winners reached the final, to cause one of the biggest shocks in English football history. 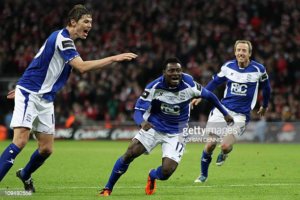 The first stage of this incredible journey began with a home tie against League One Rochdale at St. Andrews. The Premier League side were expected to win the cup tie and did so, but Keith Hill’s Dale proved to be a tough task for the favourites to overcome on the night. 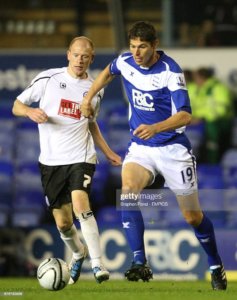 The visitors went ahead as Gary Jones slotted past Maik Taylor on 26 minutes, only for Blues to hit back with a goal of their own two minutes later, as referee Mike Russell awarded the hosts a dubious penalty, that Scotland international James McFadden coolly converted.  David Murphy gave Blues the lead in the second half, making his first appearance in 16 months due to a rather gruesome injury that involved Murphy breaking his kneecap. Debutant Matt Derbyshire gave the home side a two goal cushion, before Jones grabbed his second goal of the evening 15 minutes before time, resulting in a nervy ending to the tie.

This game proved to be more comfortable, as St. Andrews staged a 3-1 victory for Blues against MK Dons. Birmingham’s three goals all came in the space of six first-half minutes as Arsenal loanee Alexander Hleb, club-record signing Nikola Žigić and boyhood Brummie Craig Gardner scored the goals to send Birmingham cruising into Round Three.

St. Andrews was once again the setting as the Blues overcame League One Brentford by the skin of their teeth to reach the quarter-finals of the League Cup. Sam Wood gave the Bees a 68th minute lead with a pinpoint volley, and Brentford looked to be making history. They had already knocked out Everton in the last round, and now looked set to be eliminating another Premier League team to reach the quarter-finals of the League Cup for the first time in their history.

Birmingham looked to be exiting the cup, but mustered a response one minute from time, as expert finisher Kevin Phillips found space in the box, smashing the ball past Richard Lee to force extra-time. The much fatigued Brentford managed to fend off pressure from the Premier League side, resulting in a penalty shootout. The shootout was decided when Mickey Spillane had his penalty saved by Maik Taylor, setting up a quarter-final tie with Birmingham’s greatest rivals, Aston Villa. 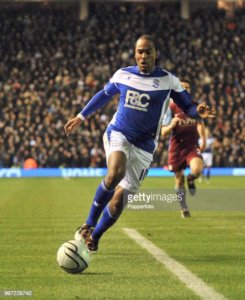 A game of monumental stature, boosted by the fact that it was indeed a quarter-final and the winner would play bottom of the Premier League West Ham in the semi-final. A sold-out St. Andrews saw Birmingham’s biggest clubs go toe-to-toe in a rivalry like no other. Tackles were flying in, words were being exchanged and fans were being vocal as the game neared its boiling point. The hosts took an early lead on this cold December night, as Richard Dunne fouled Lee Bowyer inside the box, resulting in a spot-kick that Seb Larsson tucked past Brad Friedel, sparking scenes of delirium in the home end. The visitors hit back minutes later, as Birmingham’s arch nemesis Gabby Agbonlahor struck past Ben Foster to score his fourth goal in six Second City derbies.

The game ebbed and flowed, but Birmingham found a winner on 84 minutes, as Cameron Jerome made a darting run on down the wing, playing the ball across to Žigić, shrugging off Luke Young to shoot past Friedel, who could only get fingertips onto Žigić’s looped effort. The crowd erupted in joy, and Birmingham secured a two-legged tie against West Ham United for the chance to reach their first major final in 20 years. Momentum was starting to build, and everybody around the club started to believe greatness was now on the horizon.

The first game of this two-legged semi-final was played at Upton Park, with West Ham winning 2-1 on the night courtesy of goals from Mark Noble and Carlton Cole. Noble put the hosts inside the opening quarter, thumping a volley past Foster which nearly took the roof off of the Boleyn Ground. Birmingham responded six minutes into the second half, as Liam Ridgewell rose above Winston Reid to meet a cross and head past Rob Green. Substitute Cole won the game for the Hammers, as his relatively tame shot beat Foster, who made a mess of Cole’s strike which trickled into the goal. Birmingham had it all to do in the second leg a week later, and the drama that unfolded personified the cup run.

Cole put West Ham two goals up on aggregate in the first half, as his delicately curled strike beat Foster from range, leaving Birmingham with a mountain to climb. McLeish’s men came out with a point to prove in the second half, as boyhood West Ham fan Bowyer and defender Roger Johnson scored to equal the tie and send the game into extra-time. All the momentum was on Birmingham’s side, as wave after wave of possession ensued and the 30,000 crowd began to sound like 300,000. Gardner hit the post twice in the game, but his long-range effort in extra-time was too hot for Green to handle, resulting in bedlam in Birmingham. Birmingham overturned the two goal deficit to set up a final with Arsenal at Wembley Stadium. 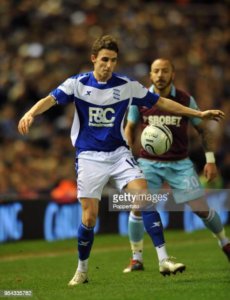 The final was here and the game began with a controversial call, as Bowyer appeared to beat the Arsenal offside trap, bursting through on goal only to be brought down by Wojciech Szczęsny. Mike Mullarkey had already flagged for offside, but replays showed that Bowyer was indeed onside and would’ve almost certainly won a penalty. Blues came out the traps quickest and made their dominance count, with a corner routine resulting in Žigić heading past the outstretched Szczęsny to shock the Gunners.

Arsenal proceeded to apply pressure of their own, and hit back only a few minutes later, with Jack Wilshere crashing one off the bar, only for Arsenal to retrieve the ball from the rebound as Andrey Arshavin crossed towards the prolific Robin Van Persie, who clipped the ball past Foster and level the scoreline.

Both teams gave their all, as Tomáš Rosický and Keith Fahey hit the woodwork before the games decisive moment. Foster lifted the ball into the Arsenal box, with Žigić winning the header which seemed to look routine for Szczęsny to deal with. However, the goalkeeper and defender Laurent Koscielny had a mix-up at the back, with the ball ending up at the feet of substitute Obafemi Martins, converting into an open goal from a few yards out to win the game on a historic night for Birmingham City. Foster would win man of the match for dealing with an onslaught of Arsenal pressure, and Birmingham would emerge victorious at Wembley Stadium on the greatest night in the club’s history to date. 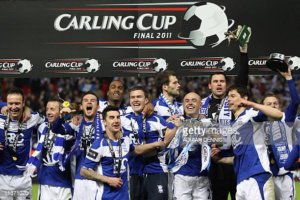 After the game, Birmingham City manager McLeish stated to The Guardian;

‘’It’s a dream come true. It is all the sweeter because nobody gave us a prayer. We were massive underdogs with the bookies but the bookies don’t get it right all the time. I am so delighted for everyone, especially the long-suffering Blues fans.” 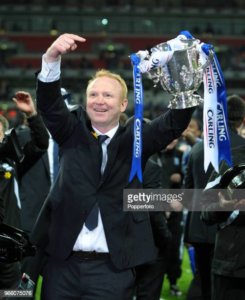 Arsenal have lifted many trophies since this defeat, but Birmingham may not lift a major trophy again for many decades, a factor which makes this victory so special. The two clubs are currently experiencing different fortunes, with Arsenal currently top of the Premier League and Birmingham languishing in mid-table in the Championship, but Blues fans will always have that moment to look back on and cherish for a lifetime.