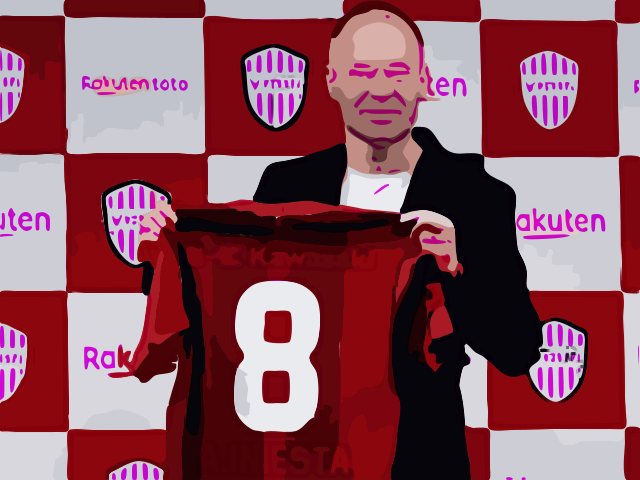 The transformation began in May 2018. An earthquake struck the football hemisphere. The Don called his time at Barcelona. Although signing a lifetime contract in April, Andres Iniesta had decided it was time to part ways with his childhood club to join the Japanese club Vissel Kobe. In his time with Barca, he had amounted-

The Don is too important to football culture to have his legacy chipped away by statistics. Four out of the five Champions League trophies that Futbol Club Barcelona have won, Iniesta was instrumental in each of those campaigns and has a shout for MOTM in every final he played. In an era where the standards for football’s best player were driven so high by Lionel Messi and Cristiano Ronaldo, the Don regularly competed with them, in fact placing above the latter in the 2010 Balon D’or rankings.

His interpretation of football collaborated beauty with dominance for over a decade. His grace with the ball: playing in the tightest of spaces, a delicate first touch, a drop of the lightest of body feints followed by a slight touch round players, delivering perfectly weighted passes, controlling the tempo with his La Masia colleagues, game after game, season after season, year after year.

He waved goodbye to European domination, gifting his childhood club with his final league title and a special Copa Del Rey over Sevilla. The Don demonstrated a vintage performance topped with a goal and an assist. Fans were confused why Iniesta would leave the “Big Stage” to play in Japan when he was still producing such high quality? The Don left the stage leaving fans wanting more…

Iniesta joined Vissel Kobe. The richest club in Japan after a takeover in 1995, yet they had seriously underperformed for such wealth. Prior to the Don’s arrival, their highest finish in the J League was 7th. The J League runs from February to December. The Spanish maestro wouldn’t debut until later in July due to playing in his final World Cup. Vissel Kobe would finish 10th that season. A note for those unfamiliar with the J League: it’s extremely erratic with clubs bouncing up and down the league table. Even so, Vissel Kobe had not won a trophy since the 1980s, prior to the Don’s arrival.

Vissel Kobe heading into the 2019 J League featured a series of familiar faces from European football, such as fellow Spaniard, David Villa, that deadly left footer Luka Podolski and Thomas Vermaelen. Whilst the league campaign was underwhelming finishing 8th, including a run of seven consecutive losses, the Don still shone, placing in the J League team of the season in his first full season. It was in the cup competitions that history was made. Iniesta was integral to Vissel Kobe achieving their first ever trophy, the Emperor’s Cup on the first day of 2020. A month later he’d help the Japanese club double their trophy count by winning the J League Cup in a chaotic final: a 3-3 draw followed by a penalty shootout the Don netting the first and as the tally for each side reached two nine consecutive penalty misses followed, but at last Vissel Kobe had their second trophy.

Iniesta’s 2020 started successfully with two trophies, though his year declined as Vissel Kobe placed 14th position in the J League and had no real success in the cup competitions. To top up the year, in December, at the age of 36, Don Andres suffered a tear of a quadriceps muscle.

In 2021, fortune changed for Vissel Kobe. The Don signed a two year extension and at the age of 37, the old master returned from injury after four months to play the game he knew so well. He helped Vissel Kobe to their highest ever finish in the J League at third place, reaching the semi final of the Asian Champions League and returning to the J League team of the season. His performances in Japan have left fans thinking: “he could still do it for Barca”, “he’d have been fine in Europe why did he leave” though those fans may fail to realise the Don’s enjoyment of his journey in Japan. Maybe through this anecdote they can understand his decision:

The inspiration for this article came from a Youtube video of Iniesta’s highlights playing for Vissel Kobe. Whilst highlight videos can often misinterpret the context of the game and isolate a single moment, this video was particularly interesting. Many can recognise Iniesta’s style instantly, however in the shirt of Vissel Kobe you perceive it differently.

Don Andres was the product of being a boy that struggled with homesickness, leaving home to La Masia at the age of twelve to become a man who dominated the highest level of football for over ten years with both club and country in unique style. Though he was also a man burnt out from the sophistication he had performed at. Often left depleted from the mental struggle of competing on the biggest stage, as well as coping with personal grief in the midst of his career. His new style in Japan shines freely without the mental and physical strains of European competition. He likens to the cliche of a wise and masterful martial arts sensei teaching his apprentices. An old man dodging challenges from younger players, with grace and elegance. Maybe slower and weaker in physique but faster and sharper in mind and technique from his opponents. Many are left befuddled, left lying on the green carpet out of confusion.

The old ways shine brightly in Japan: The Don has become the Sensai…

Credit to AS Comps for his high quality football videos, especially “Iniesta teaching football in Japan.”

Del Piero down under: the story behind Alessandro Del Piero’s time at Sydney FC

So close, no matter how far: Ron Atkinson at Manchester United (part six)