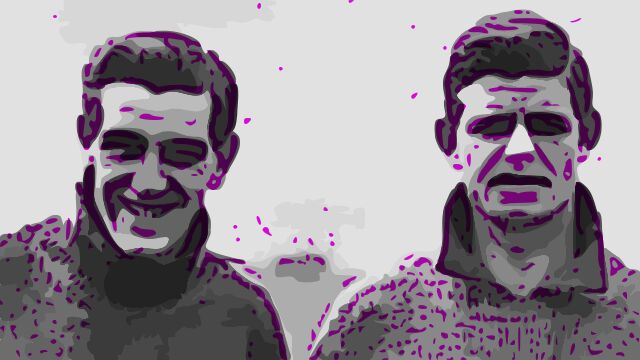 Randolph Septimus Galloway might not be a name that springs to the lips of every Rams fan when discussing former Derby County footballers – certainly not in the same vein as the legendary Steve Bloomer and others.

But it was Bloomer himself that changed the fortunes of a young Galloway, a trialist at Derby County who was originally on the books with Sunderland Tramway’s Football Club, who were playing their fixtures in the amateur North Durham Wednesday League.

Bloomer set Galloway on the path to carving out an impressive journeyman football career which, against all the odds, eventually saw him calve out a successful coach on foreign soil.

Who would have believed it was possible? An unlikely journey across the continents from average domestic footballer to globe-trotting pioneering coach, putting English managerial talent on the map decades before Venables and Robson took the helm at Barcelona.

Randolph was born the sixth child from seven of father Francis Jewitt, a boilermaker, and mother Mary Ann Graham, on December 22 1896 in the Ecclesiastical Parish of St Mark, North Bishopwearmouth living at 15 Ropery Road,  Deptford, Durham; thousands of miles from where Galloway’s football coaching talents would eventually take him.

As a young boy, he was despatched to what was once the local Ragged and Industrial School, a boarding establishment designed to prevent impoverished children slipping into delinquency.

However his sporting talents came to the fore as both an athlete and rugby player, but it was on the football field that he shone brightest; representing the North East in an international trial as a defender.

In 1910, at 14, Randolph signed for The Yorkshire Regiment and saw active service in The Great War. It was the Army that 4 reinforced his love of all sports.

For a while he swapped his soccer boots for rugby boots, joining an Irish rugby team. He also represented the Irish Army in London, winning both the 100 and 250-yard races.

After demob and service in Ireland and India, Randolph returned to the North East, signing for Sunderland Tramways where many considered Galloway to be one of the most outstanding defenders in the North Durham Wednesday League.

At the age of 25, rumours were rife in his home town that he was to be given a full month’s trial with Derby County, which arrived in October 1921.

The four weeks proved successful for the young full back but it was Bloomer who saw something different in the playing style of Galloway.

After a succession of reserve team games, Bloomer – who would go on to represent England and would become Derby’s greatest every goal scorer – thought Galloway, at 12st 5lbs and 5ft 10ins, possessed the ‘generous lines, enterprise and ability’ to be offered the No 9 shirt as centre forward. 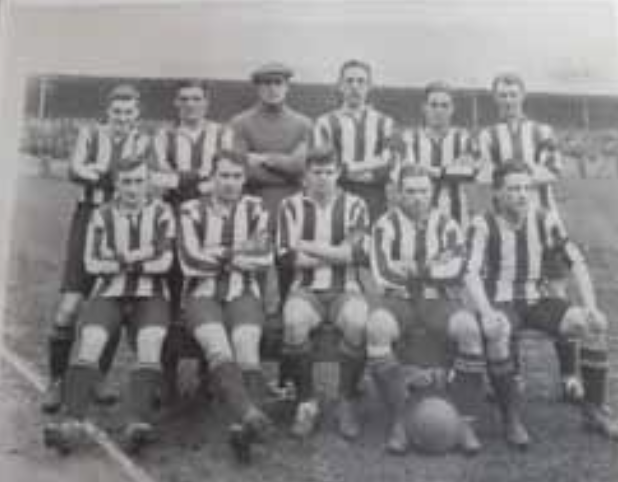 Randolph did not secure a place in the first team immediately but scored 17 goals from 39 appearances and four in cup ties. His first team debut was a 2-0 home defeat against Southampton in Division Two, witnessed by a crowd of 10,000 fans at The Baseball Ground.

In his short tenure with Derby County, Galloway amassed 25 league goals and five FA Cup goals from 76 fixtures, not too shabby a ratio of 0.41 strikes per game, almost a goal every other fixture. Galloway’s final appearance in a Rams shirt was at Stamford Bridge against Chelsea on November 15 in 1924, a 1-1 draw in front of 33,000 fans.

In the 1924/25 season, Derby finished a creditable third on 55pts behind runners-up Manchester United on 57pts and Champions Leicester City on 59pts. Liverpool came in with an offer for Galloway of £1,500 at this time, which was declined. But he caught the eye of Derby’s arch rivals Nottingham Forest in the First Division who made a more substantial offer and the transfer was done on November 24 1924. Galloway made his debut three days later in a goalless draw against Burnley. He scored two in 11 appearances, Forest finishing bottom of the First Division.

During Galloway’s second and final season at Forest, he played 24 fixtures and scored seven goals, reaching the quarter finals of the FA Cup.

Galloway left for Luton Town where he made only two appearances. January 1928 saw him move to Coventry City, making a scoring debut in a 5-1 win over Torquay United. Next stop for Galloway was to be his last in professional football, a move to Tottenham Hotspur and White Hart Lane at the beginning of the 1928/29 season, arriving as a trialist and signing on professional terms later that month.

Galloway was brought in as cover but was quickly brought into the side, again scoring on his debut, this time at Southampton. He was on the score sheet again at the following fixture at home to Wolves but did not feature after a 0-2 reverse at Notts County in which he picked up an injury that kept him out of the first team for the remainder.

Following a career total of 35 goals from 111 outings, Randolph retired in 1929 and moved back to the East Midlands, though he did make two amateur appearances for Grantham Town FC against Gainsborough Trinity and Staveley Town later that same year before finally hanging up his boots.

However the footballing story of Randolph Septimus Galloway was far from over. Learning his trade wisely from those early days at the Baseball Ground and beyond, Galloway was now set on a coaching career that was to take him to Spain, Costa Rica, Uruguay, Switzerland and finally Portugal. 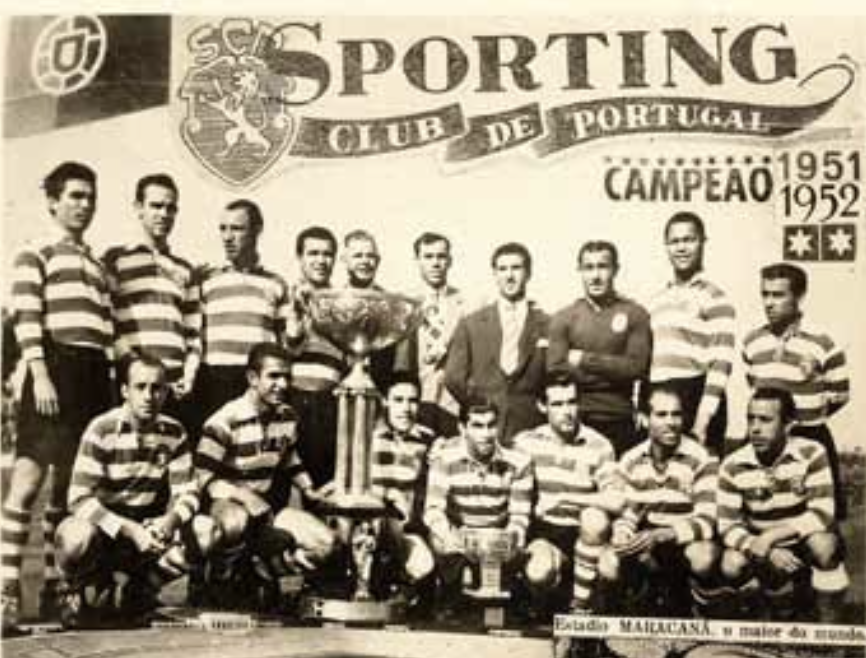 At 33, Randolph moved to Spain in 1929, firstly with Real Sporting de Gijon, who ironically bore the same initials as Randolph himself. Arriving on 29 November, Galloway was unable to speak Spanish and was in need of a translator the whole time he was there. He stayed for two seasons, steering the club to relative safety in that short time and proving a more than capable ‘el Mister’, a title for a respectful coach and manger working on the continent.

The now-famous Valencia CF, a Spanish First Division club at the time, had Galloway on their radar and moved for the talented coach. Again, he held the club together during his stewardship before moving next to Racing Santander in 1933. He lasted asting two before the threat of civil war interrupted his coaching career, forcing Galloway and his wife Mabel back to an England in 1935 that was in the grip of a Great Depression; these were unsettling times.

During the war years, Galloway dedicated his talents to training and shaping the futures of schoolboy and amateur teams and, following the cessation of hostilities, was enticed to manage the Costa Rica National Football Team in 1946. This he did successfully alongside Hernon Bolanus, a Nicarguan ex-professional footballer, overseeing seven victories from eleven international fixtures. Bolanus eventually retired to study dentistry and latterly became the Costa Rican ambassador to Chile.

His next post was in South America, where he took over C.A. Penarol of Montevideo, one of Uruguay’s top tier football clubs of the day. It was here he bought exciting footballing ideas towards tactics while coaching several Uruguayan footballers who would go on to lift the World Cup in 1950.

The love affair with South America was short-lived and Galloway, maybe deflated by the ‘politicking’ of a footballer’s strike in the country, departed Buenos Aires in July 1949 bound for England on the MS Alcantara.

Galloway travelled next to Switzerland where he coached and managed SC Young Fellows Juventus of Zurich for a brief yet reasonable few months.

Next came a move to Portugal which proved his talents as a manager and ‘Mister’ and was recognised with a glorious three seasons, winning a tsunami of silverware with Sporting CP of Lisbon. He arrived at Sporting at the age of 53 and put the team back on the path to victories, winning the club’s second tri- championship while rejuvenating the team at the same time, launching the careers of many younger players.

After winning the Portuguese National Championship for three successive terms, Galloway’s Sporting were granted their second Monumental Cup in 1953, the only manager in Sporting

CP history to achieve this. Other managers have repeated this feat but with other Portuguese clubs, namely Benfica and Porto.

Galloway left Sporting in May 1953 by mutual consent with the Portuguese press reporting at the time, ‘he left through the big door revered by all at the club as both coach and a true British Gentleman.’

And it was the warm Portuguese sunset that finally ebbed over the career of this true British footballing pioneer as retirement waited in the wings for a dedicated missionary of our national sport.

An English footballing idealist with innovative and progressive thoughts on tactics, training methods, and more modern exercise routines, but what  was it that initially took him abroad? Could it have been out of financial enterprise, was it in the spirit of a footballing adventure or was it simply that he could not find employment for his futuristic ideas and methods with a British football club?

Whatever the reason, Galloway had enjoyed an incredible journey since his days as a young trialist with Derby County. His footballing methods took him across continents, working with some of the great footballers of the time, including several World Cup winners.

Randolph Septimus Galloway returned to the East Midlands, settling in Mapperley, Nottingham, where he lived out the remainder of his days. He died on April 10 1964 at 68.

This piece originally ran in The Derbyshire Life magazine of December 2020.