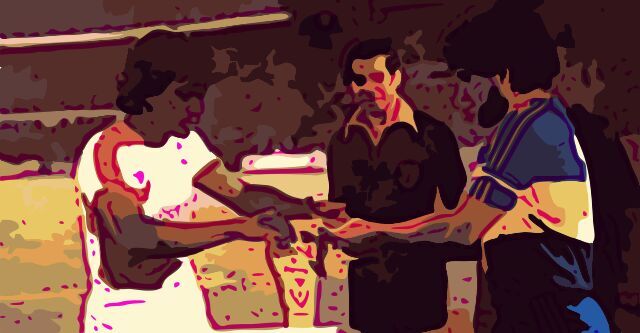 A search through the great international goalscoring charts reveals a plethora of names. Identities associated with ‘golden eras’ and special moments, they are eternally synonymous with the art of hitting the back of the net. In a modern throw away attitude sometimes they’re an afterthought, a placeholder before your favourite flashy modern icons of Cristiano Ronaldo and Lionel Messi take the plaudits. This article’s subject is much more than that. He holds an irrevocable position not only in his country of Malaysia, but in Southern Asia as a whole. He is third in the all time men’s rankings, with a ridiculous 89 goals in 142 games. This is the story of the prolific, yet tragedy-struck Mokhtar Dahari. ‘Supermokh’.

Developing his love for the game

The oldest son of Amina Binti Sharikan and Dahari Abeng, Mokhtar Dahari was born on the 13th of November 1953. He was born and raised in Setapak on the outskirts of Kuala Lumpur. When he was 11, his family moved deeper into the city and took up residence in Kampung Pandan. Right in the heart of the capital, Kampung Pandan was a predominantly poor neighbourhood. However, it was rich with space and time to play. As they were quite low maintenance and required little equipment, football and badminton were often the most popular sports. A young Mokhtar enjoyed these two, as well as the South East Asian sport of Sepak Takraw. This was a form of acrobatic volleyball where feet are the weapon of choice.

Dahari seemed naturally gifted and these three sports brought on his speed, coordination, and awareness – they also fed his competitive spirit. Out of the swathes of street kids, Mokhtar stood out like a sore thumb. Speaking in the National Geographic’s 2010 documentary ‘The Untold Truth About Supermokh’, his younger brother Mohamed reminisced fondly:

“I remember when he was small, he used to play a lot of games. He played for his school. Every evening without fail, he would go to the football field. As a small kid, I always wanted to be like him. But I couldn’t – he was different. He was very different.”

Early exploits put Mokhtar on the radar of some of Malaysia’s most esteemed schools. Eventually, the Victoria Institution offered him a place. The young man was delighted, yet he wasn’t done yet. The school was a good half hour journey from his house, yet every day he’d cycle there and back AND still have the will to go out and train. His commitment looked to be born out of his adverse conditions. His setbacks drove him on, as coming from a poor area, he couldn’t afford football boots. Often, he honed his skills barefoot and his talent was so blatant and raw that in 1971, he was selected for the F.A. Selangor team in the coveted Burnley Youth Cup.

In the cup game, The Red Giants won. Mokhtar scored his first and certainly not last goal for Selangor. His match winning performance turned heads and got him in the Selangor State senior team. He was just 18 when he debuted. However, he didn’t look out of place. Far from it. Within months of his breakthrough, he was selected for the Malaysia Cup. Here, he’d have his best outings yet. In this tournament, he scored nine goals. Such was his impact, the national gaze was now coming his way. Behind the scenes too, his parents’ view of football had switched from a frustrating distraction to a credible life decision. A quiet pride was settling into the Dahari household, especially as Mokhtar received his first international call up in 1972.

Becoming a household name in Malaysia

Typical of the young man’s attitude, he didn’t seem fazed by his new challenge. In his first year of involvement with the national team, he scored 10 goals as now Malaysian football entered its widely perceived ‘golden era’. At the centre of this development, Mokhtar had gone from playing school football to the international stage in just two years. However, it was nearly all over after his motorbike was stolen. Here, the amateur nature of Malaysian football was underlined as Mokhtar declared he’d had enough of playing. He was still a working man, plying his trade for the Selangor State Development Corporation (or PKNS). Losing his bike was a real hit.

In this time of darkness, thousands of fans rallied together to get him back playing. Eventually, a national motorbike company provided a new bike and Mokhtar returned. Good thing too, as he returned better than ever. With the forward driving them on, any team he was a part of was in good stead. Malaysia won its first football medal at the Asia Games –  a bronze in 1974. Huge underdog victories against South Korea and Japan caused a stir too as Harimau Malaya won the Merdeka Cup. Domestically, Selangor approached its most successful period, especially in the Malaysia Cup. Malaysia was in a football frenzy.

Almost every game Selangor played was sold out. Support was overwhelming wherever the striker played. Mokhtar or ‘Supermokh’ as he was now known, made sure the crowds got their fill. In one Malaysia Cup campaign, he scored 19 goals. In 1974, he scored five in a single game against the Philippines. That year alone, he had 24 for the national side. The boy from Kampung Pandan had evolved into a football icon in his country. So far, you’ve read about the many goals, but what was he like to face? Former Singapore player Samad Allapatchay recalled:

“This guy had a body full of muscle. He was frightening. A different kind of footballer. He could dribble say 50 metres and shoot the ball a hundred miles an hour. He reminded me of Maradona.”

Although lacking height, Mokhtar possessed a certain physicality. With legs like cannons, he used to run the length of the pitch with ease. Teammates nicknamed him ‘Kuda’ (‘horse’). Every stride was brimming with determination and intent. Every run looked to end in celebration.

Dahari was world class. However, he was not prepared to abandon his homeland to prove it. Two quotes prevalently sum up the forward.

“I live and die for Selangor”

“If you’re ashamed to stand by your colours, then you’d better seek for another flag!”

Now, Mokhtar did play for four other teams aside from his beloved Selangor. However, he devoted his prime to the Shah Alam city club. Perhaps, as a footballer, his undoing was this undying loyalty.

Famously, a friendly game with England’s Arsenal in 1975 brought prying eyes from the west. A Malaysian Selection XI beat the Gunners 2-0 with the striker getting a brace. At the time, this led to rumours that a whole host of English clubs were willing to take a punt on him. After the game, it is believed he received an offer from none other than Real Madrid. Amazingly, he turned Los Blancos down, his decision guided by patriotism and sheer love for his club. For Selangor, Supermokh scored a mighty 177 goals in 375 games. His loyalty strikes a remarkable contrast to current day football.

He wasn’t finished with the English by the way. On an England ‘B’ tour in 1978, Supermokh casually scored from the halfway line. The game ended 1-1. The squad managed by Bobby Robson had been bamboozled. Former player Gordon Hill was delighted by “Hero Dahari” as he hailed him in his column in Shoot! magazine.

Looking back, it leaves you thinking of what could’ve been. What if the finisher had made the voyage to Europe? That said, one doubts Mokhtar wasn’t too bothered. His trophy cabinet seemed near-endless by the time his career came to an end. In his 16 year career, he amassed one First Division Championship, ten Malaysia Cups, and two Charity Cups. Internationally, he pushed his country to great things. With Malaysia, he won four Merdeka Cups, two King’s Cups, two gold medals at the Southeast Asian Games, and one bronze medal at the Asian Games.

“As a footballer, he was certainly the greatest I’d ever met in this country.” – Commentator, Dato’ Rahim Razali (2010)

A legendary figure taken too soon

Although Mokhtar Dahari was the pinnacle build for a player of his era, life can be cruel. Despite his tireless running and impressive physique, Mokhtar’s death was anything but comparable to the longevity of his career. It was actually before retirement in 1988, that Mokhtar’s health began to decline. After returning from training one day, he spoke of his inability to receive contact from his teammates. In one instance, he told his wife how he fell and went sprawling to the ground. Not believing a man of such stature could fall so easily, players naturally laughed. Dahari kept this in mind, especially with the added pain of a sore throat. He went for a thorough check up.

At the hospital, doctors looked him over and diagnosed him with Motor Neurone Disease. Baffled by the horrific news, Mokhtar and his wife travelled to London for a second opinion. Yet again, the news wasn’t good as doctors described how this once great player, renowned for his skill and strength, would eventually lose the ability of his muscles. Under the guidance of his wife Tengku, doctors slightly played down the diagnosis. The player didn’t fully understand the disease and his wife, in order to protect him and a public uproar – lied to the media too. She claimed he was suffering from Muscular Dystrophy.

Tengku wanted her husband not to panic. That said, the façade couldn’t deny the harsh reality that awaited. Symptoms continuously worsened. After three years with the illness, Mokhtar eventually lost the battle with Motor Neurones, dying on the 11th of July 1991. Southeast Asian football had been robbed of an icon. He was just 37.

Despite his premature death, Supermokh’s legacy rightfully lives on. In Malaysia, he is a hero. With his help, the national team reached their highest ever Elo ranking of 61 in 1977. In June 2021, FIFA officially acknowledged him as the third top scorer of all time in international football. He sits behind only Ali Daei and Cristiano Ronaldo. He scored 89 goals in 142 appearances. Mokhtar ‘Supermokh’ Dahari should always be remembered as an international symbol that great footballers can come from anywhere.