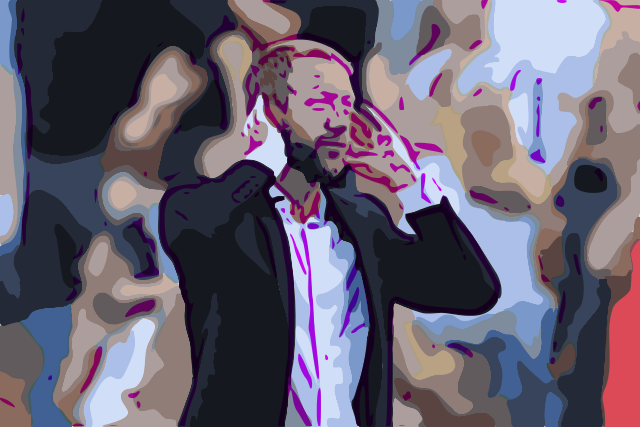 Unless you’ve been sleeping under a rock, you will know the big news of the last week. It wasn’t that much of a shock, it’s been coming for a while.

When Todd Boehly became the new monarch of Chelsea, people were worried that things would never be the same. That tradition would be cast aside. That Stamford Bridge could never be like it used to be.

It’s quite refreshing to see that within weeks of the new season, Boehly isn’t actually that different to the previous regime – hundreds of millions splashed on new players and a manager sacked after a couple of iffy results.

Of course, it’s not just the fact that Chelsea lost 1-0 away to Dinamo Zagreb last week and were, frankly, toilet. Apparently, Boehly wasn’t that keen on Tommy T from the beginning – even down to the fact that he had to wait ages to get a reply to his WhatsApps. I think that’s fair – if I’ve just spent £2bn on a new toy, I’d expect there to be minimal time between two blue ticks and an answer too.

It does feel very, very Chelsea though. After all, wasn’t the reason they overpaid on Yo-Pierre because Tuchel was the only coach left on the planet that could get the best out of the striker? The number 9 curse looks set to continue, that much is almost certain.

Boehly moved swiftly, Chelsea fans had barely had time to work out that Tuchel had lasted 17 days more than Frank Lampard – albeit, you know, winning a Champions League and being a couple of spot kicks away from two domestic cups – before Brighton’s en-vogue coach of the moment Graham Potter was tempted away from the South Coast.

There is no doubt that Potter was on the path to managing one of the bigger clubs in the not-too-distant future. And if Boehly has convinced him that he does actually know what he is doing and that he won’t get rid at the first sign of trouble, maybe a move to the Blues is the right one – realistically, King Klopp and Peppy G aren’t likely to be going anywhere soon (yes, I am aware that Napoli did Liverpool 4-1 in the week) and even if they did, they’d probably shop in the category above Potter. Ten Hag will get at least two seasons at United even if they fail to get the Champions League this season and fail next – long enough for Brighton to fall back into mid-table obscurity playing nice football but not actually doing much with it. Arsenal and Spurs aren’t likely to be looking in the next two seasons, either – so you can understand Potter seeing Chelsea as the well-paid, massively backed logical next step.

And let’s be honest – all the talk of ‘can he manage superstars?’ is rubbish. Taking Aubameyang out of the equation, which ego-inflated superstars are we talking about at Chelsea? Ngolo Kante? One of the most humble footballers on the planet? Mason Mount? Someone you’d probably invite round for tea? Reece James? Someone who seems like a well-grounded, well-brought-up role model? Raheem Sterling? An icon who is the model professional? Given that the players weren’t too impressed with Tommy T’s man-management style, I’d expect Potter to be OK in that regard.

Good luck to you, Graham – at least it stops you wasting yourself taking the England job in January. Sean Dyche, sit tight and that one is yours.

Virgil van Dijk’s had better weeks, no? The alleged “best central defender in the world” should have been sent off in the Merseyside Derby and won’t look back on his trip to Naples with much fondness – giving away a penalty (though his wasn’t as bad as James Milner’s) and being part of a back four ripped to shreds time and time again.

It’s not just Virgil’s fault though – if you stand on the halfway line whilst Mo Salah refuses to run around, the ball is going to get pinged in behind you. And if Trent is nowhere to be seen, that’s not going to help either. Plus it might be time to admit that Milner is more than OK for the last ten minutes when you want to give someone a rest but he should not be starting a crucial Champions League match. The beard does not hide the fact you are now very, very old in Champions League years Milly.

Many of the best couples in the world don’t always make it to the end. Ross and Rachel. Madge and Harold. Bobby and Tina. It looks like we might be adding Harry Kane and Heung-Min Son to that list now that Richarlison is on the scene. The Brazilian has rocked up at Spurs and suddenly Son looks like a shadow of himself. Gone are the happier times of Kane and Son creating and scoring goals for fun. Richarlison scored twice against Marseille, making it harder and harder for Conte to leave him out – and Son has to be in the firing line. Mind you, someone should let Conte know that Richarlison is always good up until November 10th – after that, he is terrible (apart from last season, when he reappeared to stop Everton getting relegated, admittedly).

Some people are worried that Man United’s recent run has come crashing down with their 1-0 defeat to Real Sociedad at Old Trafford. Personally, I see it as a good thing. Harry Maguire and Cristiano Ronaldo start, United lose. It really is as simple as that, and Erik ten Hag knows it.