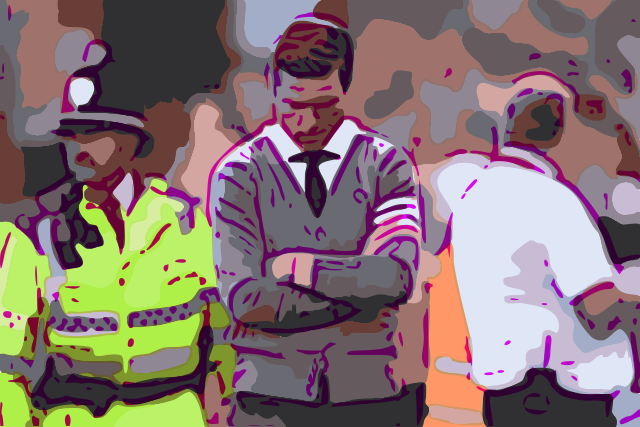 As we often say, what a difference a week makes in the Premier League. All of a sudden, there’s not a top-six crisis in sight – unless you count the lack of private jets available for teams to get to matches which, of course, we don’t. And for a column entirely dedicated to mocking big clubs in crisis, that isn’t good.

Liverpool entered a crisis by losing to Man United who exited their crisis in that 2-1 at Old Trafford. Yet, Liverpool are now no longer in crisis due to the fact they battered Bournemouth by nine. Yes, nine. United avoided slipping back into one by beating Southampton. Arsenal look like a proper football team. Chelsea managed to win. Man City won and the answer is “he scored three”. Even Spurs slipping up does not constitute the C word.

It was very nice of Peppy G to agree to the idea that all teams outside of top six are allowed a two-goal headstart against them. Crystal Palace, a regular thorn in the side of Man City, led 2-0 at the Etihad and it felt like the headline writers were concocting something about how having an actual number 9 was damaging them.

If they got anywhere near the second paragraph of that piece, they had to bin it as Erling Haaland single-handedly turned it around with a 19-minute hat-trick that had a little bit of everything. That’s how you deal with Joachim Andersen, Darwin.

You had to feel for Scotty Parker who must have said “shell-shocked” nine times in his post-match interview – which made sense given that his Bournemouth side had just shipped that number of goals to a resurgent Liverpool.

Imagine the pre-match team talk. “Lads, stop Salah and we stop Liverpool”. Yeah, about that. Klopp’s lot managed that scoreline and their Egyptian goal machine failed to register once. Fantasy Football managers across the world checked their phones again and again, assuming there was some kind of mistake.

There was a nice touch from Jurgen Klopp right at the end, where he had a quiet word in Parker’s ear. Presumably he said something like, “don’t worry about it mate, I lost to Man United last week – it could be worse!”

And suddenly Manchester feels like a sunny city for Erik ten Hag. Having got their season up-and-running by beating their biggest rivals last Monday, they repeated the trick by nicking a 1-0 win against Southampton. That said, if the referee, his assistant or VAR had spotted the fact that Scott McTominay had handled the ball about five times in the area then the result might have been different.

Casemiro must be wondering what everyone was panicking about and it’s amazing how good Lisandro Martinez can look when he doesn’t have to carry Harry Maguire around on his back.

Leicester City managed to have more shots, more possession, more corners and even more players than Chelsea but, crucially, not more goals meaning they lost. Raheem Sterling ended his goal crisis with a brace and Thomas Tuchel, an intelligent coach, will have noticed that his side have struggled to win with 11 players on the pitch this season but looked very, very good with just 10 after Conor Gallagher picked up the most daft two yellows so far this campaign.

Leicester’s mood won’t have been improved by the fact that Wesley Fofana is almost certainly heading out the door to the side that just beat them.

Chelsea might struggle to win games with 11  but managed it with 10. Could this be yet another tactical revolution by Tuchel? Leicester – more shots, more possession and more corners, more players. But crucially, not more goals.

Spurs look far more traditional Conte than traditional Tottenham. They won 2-0 at Forest and could even afford Harry Kane missing a penalty – he must have briefly remembered it was August, though it is fair to say this season can finally put that old adage firmly to bed. After all, he did get the other two. Son must have had a hint of the green-eyed monster after Richarlison set up Kane’s second – probably not room for three in that relationship.

And even Arsenal are happy with their lot. When Mitro opened the scoring, you’d think this might be the moment their overly-happy, club has been fixed, isn’t Arteta great bubble would burst. No, even villains become heroes at the Emirates currently – after Gabriel gifted Fulham their opener he went and scored the winner. It makes me sick. Zinchenko showed an impressive turn of pace for a player who couldn’t play because of injury.

Brighton are unbeaten in nine and Jesse Marsch has a curious way of trying to get referees to give him more favourable decisions – slamming the ball into the ground and sarcastically applauding the official. It’s either do that or nothing, he says. Graham Potter’s side beat Leeds 1-0 and are looking pretty tough to beat – which won’t last you’d imagine, but they are being clinical in front of goal for the first time since they got promoted.

Credit to Everton’s Anthony Gordon – he’s another one who has said he’d like to move to Chelsea (probably realising if he has to leave a badly run club for one who probably won’t even play him, he may as well make a boatload of cash out of the situation). He did an oh-so-rare thing for the Toffees and scored. They didn’t win though, obviously. Brentford probably played better here than against United but had to wait until the 84th minute until one finally went in. Every man and Thomas Frank’s dog hit the woodwork and they’ll hope they don’t regret the two dropped points at the end of the season.

Aston Villa’s game with West Ham wasn’t the greatest of first halves – West Ham sorted themselves out a bit in the second half after the Moysiah reminded them that their new £50m Brazilian might not sign if he sees them playing like that. Unfortunately for Villa, Stevie G didn’t have any threats he could use as they’d already wasted a shed load on their Brazilian – the very much missing Philippe Coutinho. West Ham have leapt from the foot of the table.

Wolves wouldn’t have ended the weekend in the bottom three if they could have held out just a little bit longer – in the classic “goal that would have sealed the three points gets chalked off by VAR meaning the opposition are contractually obliged to go and score a worldy equaliser” move, Allan Saint-Maximin gained a point for Newcastle – who signed a striker more expensive than Michael Owen and Alan Shearer combined in the week. Swedish international Alexander Isak will no doubt get a warm welcome on Tyneside (rather than questions about his Saudi Arabian pay packet).

And as I stop writing, there’s about 100 hours of the transfer window left – how many panic buys can United, Chelsea, Everton and Villa muster between them? Several, you’d imagine.