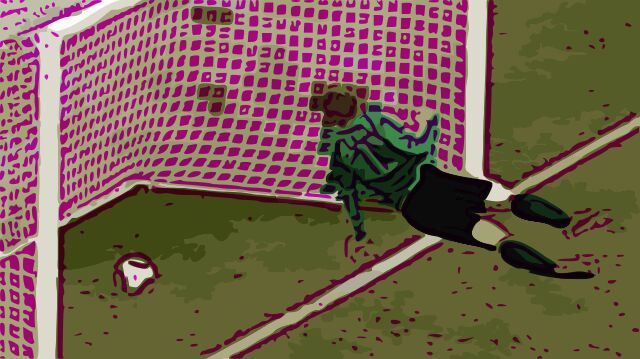 Having bribed their way to hosting the tournament, South Africa, to their credit, actually put on a great show at the 2010 World Cup. Corruption, hot weather, memorable moments, and great vibes all around see South Africa 2010 rank quite highly on my list of international tournaments.

To start with the songs “Waka Waka” and “Wavin’ Flag” are up there with my favourite World Cup songs in history. They tick all the boxes required to be a World Cup anthem, much more memorable than the 2018 World Cup song which I actually had to google the name of – “Live it Up” for any of you wondering.

Then there was the much spoken about Jabulani ball that swooped and swerved through the South African air – much to the dismay of Brazilian goalkeeper Julio Cesar who certainly didn’t mince his words when scrutinising the Adidas ball. With an average of 2.27 goals per match, it’s easy to see why goalkeepers weren’t the biggest advocates of the Jabulani. Does anyone else remember that vile noise heard in the background of every match? The 2010 World Cup saw the sudden emergence of the vuvuzela. I truthfully had never heard of one before the tournament, but a couple of days after the opening ceremony and I had a selection of them in different colours!

One of the most memorable moments of the tournament has to be the savage denial of Ghanaian history from Luis Suarez, which saw him labelled a cheat by the whole of Africa. A victory in Johannesburg would have seen the Black Stars become the first African side to reach the semi-final stage of a World Cup. Dominic Adiyiah’s goalward header in the closing stages of extra time looked to have sealed Ghana’s name in the history books, until Suarez incredibly punched the ball away off his own goal line – earning him a straight red card for the denial of a clear goal. Former Sunderland striker Asamoah Gyan stepped up to take the penalty and missed, and the rest is history. The Black Cats went on to lose the penalty shootout, with the match later described as the ‘biggest injustice’ by Ghana coach Milovan Rajevac.

Surprisingly, this wasn’t the biggest injustice of the tournament. That award goes to the scandalous decision not to award Frank Lampard a perfectly legal goal against Germany in the round of 16. An incident that changed the course of football history, this piece will be dedicated to Lampard’s ‘ghost goal’ which will forever haunt me and other Three Lions fans.

A star-studded team of Wayne Rooney, Frank Lampard, Steven Gerrard, Rio Ferdinand, and John Terry should have walked the group stages given the favourable draw, but then again this is a Fabio Capello side that we’re talking about. Truth be told, the Italian was well off the pace and severely out of place. Poor squad selection, dreadful man-management and an unfortunate language barrier were just some of the criticisms of Capello’s reign in charge of the England national side.

In their opening game of the 2010 World Cup, England were held to a disappointing 1-1 draw against Bob Bradley’s United States side. Things didn’t improve on the second matchday, as Capello’s side played out a goalless tie against Algeria. With just two points on the board, England needed all three points from Slovenia in the final group game if they were to have any hope of progressing to the knockouts. A big goal from a little man, Jermaine Defoe scored the only goal of the game in the 23rd minute which saw the Three Lions qualify for the knockouts in second place.

By contrast, Germany had a near-perfect group campaign. A 4-0 demolition of Australia, which saw Tim Cahill sent off, provided Joachim Löw with the perfect start. A 1-0 defeat to Serbia in the second game was a shock to the World, but a star-studded Germany recovered to beat Ghana 1-0 in the final game – a Mesut Özil winner securing their position at the top of the group.

A thrilling prospect for the neutral, England and Germany locked horns in the round of 16 in front of a packed-out Free State Stadium. Much like their group campaign, England got off to the worst possible start. A Die Mannschaft masterclass saw the Three Lions 2-0 down inside the first half. Goals from Miroslav Klose and Lukas Podolski compiled the misery on Capello’s side. A bamboozled England had been given a real footballing lesson by Löw’s side, as the Germans continued to assert their dominance as they pushed on for a third.

It took 30 odd minutes, but finally the dying embers of England’s ‘golden generation’ showed signs of a comeback. A trademark Gerrard cross looped into the box, landing on the head of Matthew Upson who restored some dignity for the Three Lions.

Two minutes later and the game was spoiled by one of the worst refereeing/linesman decisions in the history of the great game. An instinctive toe poke from Lampard on the edge of the Germany box bounced off the crossbar, past a helpless Manuel Neuer and over the line. The players started to celebrate, the crowd began to celebrate, and even the usually calm and composed BBC commentator Guy Mowbray couldn’t hide his excitement.

Unfortunately for England, the celebrations were cut short. The only two people in the whole stadium that could not see that the ball had crossed the line happened to be the linesman and the referee. Jorge Larrionda waved play on and the camera cut to a bemused Lampard, who was left wondering why the goal had not been given.

The replays were shown shortly after the ball had gone back out of play and the results were clear, it should have been 2-2. It was so obvious from the naked eye that the ball had crossed Neuer’s line, despite his best efforts to stop it. The problem was that linesman Mauricio Espinosa was positioned at the edge of the Germany box, therefore unable to confirm that he was 100% certain that it had gone in.

44 years later, Germany had their revenge for another controversial goal that occurred between the two nations. England World Cup winner Geoff Hurst scored a highly disputed goal against Die Mannschaft at the 1966 World Cup. Similarly to Lampard’s strike, the ball cannoned off the bar and bounced around the goal line, the only difference being that the goal was given. The strike is still widely debated today, with the results of whether the ball crossed the line inconclusive.

The referee would have been forgiven for disallowing the Hurst goal, as several different angles still don’t yield a definitive outcome. As for the Lampard strike, the decision was nothing short of disgraceful. I’m not even exaggerating when I say you could probably fit another Jabulani ball in between where the ball bounced and the goal line.

Apologies from the referee, linesman and even Sepp Blatter showed a refreshing honesty rarely seen in football. However, the apologies did nothing but paper over the cracks, as the damage had already been done. The decision took the sting right out of England’s sail, as they eventually fell to a 4-1 defeat after a quickfire Thomas Müller brace in the second half. Whilst you could look at it and say that the ‘ghost goal’ would have made the end result 4-2 as opposed to 4-1, there is no doubting that the momentum would have shifted into England’s favour. The decision not to award the goal actually benefited Capello to some extent. The media attention shifted from his failure at the tournament to the disallowed goal.

Just two years later and the International Football Association Board (IFAB) officially approved the use of goal-line technology, and it has been used in Europe’s top domestic leagues ever since.

A step in the right direction, yes, but it poses the question why was it not brought in before the start of a major tournament? Blatter’s apology only rubbed salt into the wounds of all England fans, and whilst technology has been brought in for the greater good of the game, the decision not to award Lampard’s goal can never be changed.

Football has evolved in the modern era, with goal-line technology and VAR brought in to avoid similar incidents, but even technology is capable of making mistakes. In a Premier League game between Aston Villa and Sheffield United in 2020, the usually reliable technology failed the Blades, who saw a perfectly legal goal disallowed. According to Hawkeye, the company that operates the goal line technology, all seven camera’s monitoring the goal were obscured by either a player or by the goalpost itself.

Euro 2004: How Greece became the most unlikely of winners