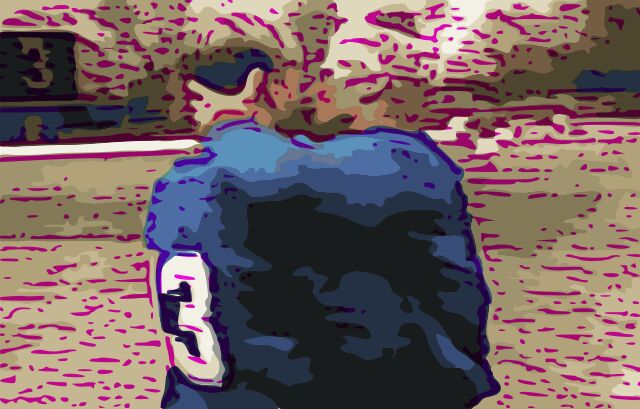 After a week’s absence, I have returned. The seven days away from writing has refreshed my brain and now I’ve decided to start a little series with Football Bloody Hell. As with most topics of my articles, this one is the lovechild of 2am and the infamous Wikipedia rabbit hole.

I probably started with a simple search, yet my mindless scrolling has led to my examining of some of the finest football relations. In this first instalment, we begin with the notorious Guðjohnsens– a clan renowned for producing four professional footballers. Now, the point it seems most suitable to begin is all the way back in 1996 in Tallinn, Estonia.

It was a grey day – overcast and typical of an Estonian spring. Coming off the pitch is Arnór Guðjohnsen. At 34 years old, he’s a seasoned striker who has been around the block a few times. Buoyant on the touchlines, his replacement is his 17-year-old son Eiður. In a moment that entered football history, Arnor kisses his son proudly before the youngster emerges to help Strákarnir okkar (Our Boys) see out the 3-0 away friendly win. It was a generational changing of the guard. As the baton was handed from father to son, it was a watershed moment that marked the two as the first and only paternal duo to play for a national team in the same game.

Let’s dial it back and take a look at the first bearer of this prestigious surname. Arnór was born in Reykjavík on the 30th July 1961. From an early age, he possessed an aptitude for football and it was no time before he caught local attention. He signed for capital city club, Vikingur in 1978 and at 16-17 already looked more than comfortable at the level. In ’78, he scored 7 goals in 12 games and caught the gaze from elsewhere in Europe. Belgian club Lokeren came a-knocking and the forward spent an interesting spell with the team from the province of East Flanders. With the Tricolores the young Icelandic forward scored 26 goals in 138 games before securing a move to the giants, Anderlecht.

There, he surpassed his five years in Lokeren, with seven years in Brussels. He also bettered his output with 40 goals in 139 games and grew a stupendous mullet. Although his spell was marred by missing the final penalty in 1984’s UEFA Cup Final shootout against Tottenham, he still left with fond memories. In 1986-87, his third title-winning season with the club, he finished as the Belgian First Division’s top scorer with 19 goals.

After a 1990 exit, Girondins de Bordeaux was the next destination. Here, a two-year stint would be capped off by winning Ligue 2 before Arnór rounded off his career with a return to Scandinavia with BK Häcken and Örebro SK in Sweden, and Valur and Stjarnan in Iceland. All the while, between 1979 and 1997, he had amassed 73 appearances and 14 goals for the national team. Four of which, had come in a single game against Turkey in 1991.

Arnór had set the bar reasonably high for most footballers from Iceland, let alone his son who would substitute him on that April day in Tallinn. His career reflected that of a solid goal scorer and that of a respectable player emerging from a developing football country. Although the two Guðjohnsens would appear in passing against Estonia, the two never actually played together. The father and son were scheduled to play alongside each other. Yet Eiður broke his ankle in an U18 tournament. Effectively he missed the next two seasons. In which time Arnór had retired. The father later commented:

“It remains my biggest regret that we didn’t get to play together, and I know it’s Eiður’s too.”

Now, English readers probably know Eiður. Like his father, Eiður got his start back in Iceland. Despite Arnór playing for Orebro in Sweden, Eiður’s family returned to Reykjavik for his birth. Subsequently, he followed in his dad’s footsteps and began his football journey in the land of fire and ice. Similarly once more to his father, he only spent one year in his him country before being picked up by a foreign team.

For Eiður, he had impressed at Valur and moved on to PSV Eindhoven in 1994. There, he’d play alongside R9, yet his progress stalled with that aforementioned ankle injury that stopped him playing internationally with his old man. To restart, he returned home to play for KR Reykjavik yet it was no time before European clubs came back to the striker and he joined Bolton Wanderers in 1998. By 2000, the younger Guðjohnsen had become a regular and enjoyed a season that turned both Chelsea and Gianluca Vialli on to him. Scoring 21 goals in all competitions, Chelsea swooped – bagging the striker for £4.5 million. Arguably, for the early part of his career, Eiður had been playing in reputation but this spell at Bolton proved what the striker was all about. His brilliant season showed just an early glimpse at what he could produce. Especially for his country, although they were a minnow, he never shied away from.

Although a supporting member in the Blues’ star-studded cast, Eiður did enough to tempt the top teams and ultimately he joined Barcelona in June of 2006. Signing a four-year contract, he was initially brought in as a replacement for Henrik Larsson. In Catalonia, Eiður enjoyed involvement in the team and in a three year spell picked up winner’s medals for La Liga, Copa Del Rey and the UEFA Champions League – most notably in that treble winning season of 2008-09.

After his time at Barca, it seemed the Icelandic forward had peaked. A brief spell at Monaco seemed to kickstart a real journeyman’s career. He returned to England with Tottenham on loan before pulling on the shirts of both Stoke City and Fulham. In 2011, it was Greece with AEK Athens. 2012, Belgium – playing for both Brugge clubs. In 2014, he rekindled his love affair with Bolton (troubling sentence I know) enjoying somewhat of a renaissance period playing deeper in midfield. This came before ending his career with stints in China, Norway and India.

Although his career perhaps dwindled toward the end, he was always respected on the international stage. For Iceland, he is the island’s top scorer with 26 in 88. His exploits have always raised the profile of the natural game and he was involved until the very end of his career. He played a handful of games at Euro 2016 in what was his final swansong. No longer the youngest, fittest and debatably best player on the pitch, his role evolved to that of leader. Iceland, of course, had a brilliant tournament. They stunned a bereft England (sigh) before being knocked out in the quarter-finals by France. It was a remarkable achievement. Eiður’s international career had ended on a high after this, as his tenure as the resident forward had seen his fellow countrymen go from obscure minnows to a difficult football opposition. Although out of football since the 2016-17 season, his legacy does continues.

Gudjohnsen: the next generation

Since 2019, Eiður has been sharing his vast experience and putting his talent into practice through coaching. Sometimes with age, the body can’t continue but the mind stays fresh and he illustrates this. Although gradually working up with the youths, the second Guðjohnsen spent a year as assistant to the men’s team. It was here where he experienced a similar sliding doors moment to that of his own with his father all those years ago.

The Guðjohnsen name continues in Icelandic football. By now, it is looking to become a dynasty. Eiður has three sons. The eldest, Sveinn Aron (24) plays for Elfsborg in Sweden, whilst middle son Andri Lucas (20) plays for Real Madrid Castilla. His youngest, Daniel Tristán (16) is also in Real Madrid’s academy. Eidur’s father also had another son, Arnór Borg Guðjohnsen, who after time with Swansea City now plays for Vikingur. It looks to be an exciting time and a moment that epitomises the huge potential on the horizon comes from 2021, in a European Qualifying match against Liechtenstein with Eiður as assistant.

Iceland prevailed 4-0 winners, but the final goal was likely the most special. Goal scored by Gudjohnsen, assisted by… Gudjohnsen. A ball was floated over the top from midfield and Sveinn cushioned a header back across perfectly for his younger brother Andri to slot home. You could debate, it’s Liechtenstein. But remember that attitude in 2016? It was only Iceland?

With the next generation coming through, the family name continues to be synonymous with hard work and success – and who knows, there’s been a Gudjohnsen with Iceland in minnow obscurity and one with European tournament shock. It’s an enticing prospect as both personal and international football develops – just what experiences await the next generation of young strikers.