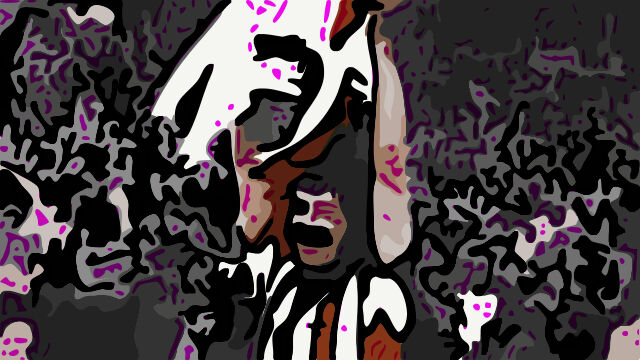 Could you imagine a football team from the Championship beating the likes of Manchester City or Liverpool in the FA Cup Final this season?

Of course not – they’d have played a weakened team in the 3rd Round because they would have wanted to focus on winning promotion to the Premier League. Crazily, there’s probably a higher chance of a League One side getting deep into the FA Cup now than a Championship club.

The closest we have come to anything like that is Wigan beating Man City back in 2013 and then being relegated from the Premier League in the same season.

Before that, I can recall Sunderland playing Liverpool in 1992 (they lost) and West Ham playing Arsenal in 1980 (they won).

I suspect there were a couple of Division Two sides at Wembley in the 70s but the one that sticks out most is Bob Stokoe’s side in 1973 – Sunderland AFC.

Playing the mighty Leeds United and beating them 1-0 was one of the biggest FA Cup Final upsets of all time and has to still be considered such nearly 50 years later.

It happened on this day in 1973 so, in true Time Machine style, we’re going back and taking a look at the story.

There’s no doubt that Stokoe was in charge of one of the biggest clubs in Division Two at the start of the 1972/73 season. Sunderland, known as the Bank of England team at the time due to their big spending in the 1940s and 50s (though I am sure that moniker was first given to the Arsenal), were regular diners at the top table of English football up until the 1950s arrived – winning Division One six times and the FA Cup once before 1973. They’d also been league runners up five times.

Ironically, it was when they started spending big to try and recoup the glory days that things started to slip.

Sunderland were relegated in 1958 and had to wait until 64 to return. A second relegation followed in 1970.

Promotion was not imminent – the Black Cats finished 13th in the 70/71 season, did better in 71/72 finishing 5th and ended the 72/73 season in 6th – watching Burnley, also with a valid claim to be the giants of the division, winning the Division Two title. Bob Stokoe had been appointed mid-season with the club in the bottom three – so although 6th wasn’t what the fans wanted it was better than it was looking early on.

That said, if you ask any Sunderland fan alive at the time – every single one of them would have happily taken 6th place had they known what was awaiting them at the end of the season.

Leeds United were huge in the 70s. There is no other way of calling it really. Yes, there was Liverpool. Yes, there was Derby County. But Leeds were always there or thereabouts.

Don Revie had been appointed as manager back in 1961 – the club then themselves in Division Two. They avoided relegation to Division Three and won promotion a couple of seasons later.

It was in 1968/69 that Revie lifted the Football League Championship for the first time – before finishing second for the next three seasons, then third and then winning the title again. 1973/74 was Revie’s last in charge at Elland Road before taking the England job – and this period of consistency was incredible looking back.

For Leeds to be at Wembley facing Sunderland in the 1973 FA Cup Final – well, it’s fair to say there was only one favourite.

But how did Sunderland and Leeds get to the final?

Luton Town were beaten at Roker Park in the quarter-finals, before a shock win over Arsenal – double winners just two seasons before – in the semi-finals booked Stokoe’s boys a trip to the Home of Football.

Leeds needed two replays to see off Norwich City in the FA Cup 3rd Round of 1973. They eventually triumphed 5-0 before beating Plymouth and West Brom before nicking a 1-0 win over Brian Clough’s Derby in the quarters.

The semi-final at Maine Road was a drab affair, but Leeds specialised in these and beat Wolves 1-0. Another trip to Wembley, another trophy to further strengthen Revie’s claims to be the best English manager around? There was no way they couldn’t defend their FA Cup winners title from the previous season, surely?

100,000 fans headed to the famous old stadium, many dreaming of an upset but most expecting nothing more than a plucky effort from Sunderland but a simple Leeds victory.

Stokoe opted to go with five in midfield – clearly hoping to frustrate the opposition – whilst Revie went with the traditional 442 packed with star names like Billy Bremner, Norman Hunter, Peter Lorimer, Allan Clarke, Johnny Giles and Eddie Gray. This was a team packed with ten internationals who knew their way around fixtures like this like the back of their hands.

Sunderland fans were hoping that keeper Jim Montgomery could have a good day and they could nick a goal from somewhere.

The game kicked off – could Sunderland become the first Second Division side in 40 years to win the FA Cup? At 5/2 against, the bookies didn’t think so.

Sunderland were determined to show that ‘Dirty Leeds’ could not intimidate them. Central defender Ritchie Pitt went through Allan Clarke at the first opportunity and the tone was set.

Leeds did not look their usual composed, snarling selves – and just after half an hour had been played the context of the match changed in an instant.

Sunderland skipper Bobby Kerr attempted a speculative lob at the Leeds goal, tipped over by fellow Scot David Harvey. The corner was taken by Billy Hughes, number 9 Billy Halom sent it back centrally and it arrived to Ian Porterfield.

Porterfield controlled with his left thigh and smashed the ball goalwards with his right from 12 yards. 1-0 Sunderland!

It was the first of two key moments that would see the famous trophy head to the North East of England.

In the second half, the ball found itself wide and at the feet of the Leeds right back Paul Reaney. A pinpoint cross was met by the head of Trevor Cherry and Sunderland keeper Montgomery had to be alert, diving to his left to keep it out. But he had not done enough, the ball popped up to Lorimer just six yards out.

The whole of Wembley waited for the net to bulge and Lorimer hit it – yet Montgomery heroically got his arm up and deflected the ball on to the bar. It was a save that would be played time and time and time again over the years.

It was in this moment that the game moved into ‘one of those days’ territory of Revie’s side. Sunderland knew luck was favouring them.

When the final whistle went, the famous Roker Roar at Wembley must have been audible back at the home ground hundreds of miles away. Stokoe raced over to embrace his goalkeeper, celebrations began.

Star player turned scribe Danny Blanchflower said it was the most emotional game he could remember. Revie called Montgomery’s save the best he had seen – and you could easily argue it had more actual importance than Gordon Banks’ stop from Pele three years before.

The FA Cup had red and white ribbons on it and was by far the last moment of true victory for Sunderland AFC.