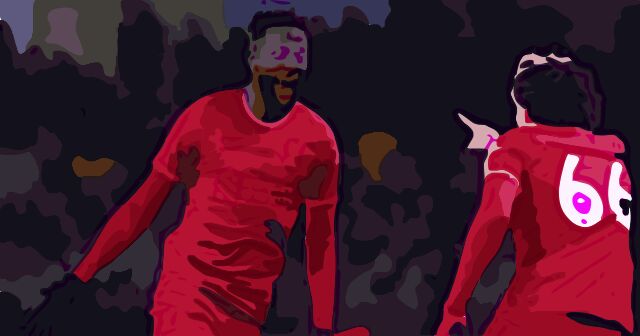 With midweek matches been and gone, it’s been a busy seven days in the Premier League.

Manchester United had better have made sure Ten Hag’s contract is watertight. The Ajax manager has agreed a three-year deal to be the next Old Trafford manager to fail at restoring the club to its former glory. United players responded to the need to impress a new incoming boss by getting shellacked 4-0 at Liverpool – a result we all saw coming as soon as Ralf ‘supply teacher’ Rangnick opted for Phil Jones on the right of a back three that also included Harry Maguire.

If that wasn’t enough to put the Dutchman off being formally announced in the wake of Liverpool claiming a 9-0 aggregate win over their bitter rivals this, season.

United headed to the Emirates in what should have been a big-time clash for the much-coveted Premier League fourth spot.

Arsenal, who I prematurely accused of bottling it over the last few weeks, has beaten Chelsea 4-2 at the Bridge in the week meaning they were not-so-quietly confident of inflicting more pain on their rivals – are they rivals? Have United hit new depths meaning West Ham and Wolves are really the sides they are now competing with?

The Gunners, without amazing form for beating the big sides in the league, have now beaten two in a week and Eddie Nketiah has starred in both. Just saying, given that Edu is talking about two box-office signings this summer and anything other than a new number 9 is hard to sell as ‘box-office’.

Rangnick said post-match that being knocked out of the Champions League had killed United’s confidence this season – well, the pain must be real and raw as they are showing no sign of being exposed to it again next time out. The German’s masterplan evolved from having Jones and Maguire in the team – United’s captain kept the bench warm but it didn’t make a jot of difference as Raphael Varane and Alex Telles could have not have dealt with that cross any worse had they actually been blindfolded and sunk six pints of lager.

Ronaldo was Ronaldo – and by that I mean 95% ineffective at anything other than sticking the ball in the back of the net. He notched his 100th Premier League goal but then, bizarrely, didn’t feel well enough to take the all-important penalty awarded to United. Bruno Fernandes, having one of his petulant teenager-like days, didn’t cover himself in glory by missing – and then was guilty of losing the ball moments before Xhaka did what Xhaka does against Man United. Scoring from distance, that’s what he does.

Jesse Lingard thinks the dressing room is a ‘disaster’ and Scott McTominay looked like he was going to burst into tears in his post-match interview. Don’t worry though, lads – Paul Pogba’s social media team reckon he’ll be back before the end of the season, much to Jamie Carragher’s delight.

The Merseyside derby was the biggest event of the Premier League weekend and if you are King Klopp and you are struggling to break down the Ev, who do you call? Big Divock Origi of course!

The cult-like Belgian was summoned from the bench to see if he does actually have some kind of business end of the season voodoo-like hold over Liverpool’s destiny. It turns out, he does – his first chance of significance set up Andy Robertson for the opening goal before heading home Luis Diaz’s overheader for the second 20 minutes later.

Worthy of Carragher’s man-of-the-match award? Totally – though I might have given to Alisson for the late-mockery of Jordan Pickford’s time-wasting. Also, did Richarlison have a cheeky punt on being the first player in a while to get sent off in both league derbies?

Everton are in deep, deep doo-doo. They couldn’t go down, could they? Lamps has already aged another decade since taking the job – relegation will make him look like his old man.

Of course, all Liverpool actually did beating Everton was keep Manchester City on their toes after the Premier League leaders got a bye on Saturday. Sorry, sorry – I mean they played Watford.

Gabby Jesus was resurrected once again following Easter – though he might get sent to Arsenal for sins he has not committed – scoring four against the hapless Hornets. City played within themselves – almost as if they have an important game on the horizon – and Watford were just relieved it wasn’t like the last match which ended 8-1. Roy Hodgson refuses to accept his side are down – even with all the evidence very much pointing to that fact.

Tottenham played very clever in their 0-0 draw with Brentford – or did they? On one hand, it was a performance that will have helped Christian Eriksen see that there is a Danish shaped hole in their midfield that he would be very welcome to fill. On the other, Eriksen said after the game that he hopes Spurs make the Champions League – I’m guessing the European appearance bonuses might be decent at the Lane – and a goalless draw given their neighbour’s result doesn’t help them massively.

But, Antonio Conte refused to answer questions about him after the game – meaning it’s on, it’s very on. There’s also zero chance Ivan Toney will be lining up for Thomas Frank next season – the big striker could have added another 10 million big ones to his price if just one of his two efforts had gone in rather than hit the woodwork. Either way, there will be an orderly queue for his signature forming as we speak.

There was a bizarre irony that West Ham’s starting XI, very much selected with a Thursday night match in mind, kept pace with Chelsea. When the likes of Declan Rice and Jarrod Bowen were summoned from the bench, Chelsea raised their game – Romelu Lukaku, in a rare outing, rolling Craig Dawson as if the Hammers’ defender was a Las Vegas dice and the Belgian needed a double six. But where did contact turn into a foul – inside or outside the box?

The penalty was given, West Ham’s one-and-only fit centre-back was dismissed and Jorginho fluffed the penno in the most hilarious of fashions. Those ones only look cool if they go in. No matter though, as Marcos Alonso – not needing to defend due to the one-man advantage, served Christian Pulisic a lovely plate of “go on son, tuck that one away”.

The Moysiah knows fourth is beyond them and will be more worried that Gary Neville thought he was older than Stuart Pearce – 60 on Sunday. He’ll get over it by focusing on Frankfurt in the Europa League semis.

Eddie Howe is a miracle worker – not for keeping Newcastle up, but for getting Joelinton to score two in one game. The win over certain-to-be-relegated Norwich saw Newcastle jump up to a nose-bleed inducing 9th place in the Premier League table – all whilst Steve Bruce continues to do absolutely nothing at West Brom. Does anyone still think it was a bad call to make that change?

Dean Smith thinks the main difference is the money the Saudis have spent on players – you think? Though, it would be harsh to suggest Howe has done nothing other than pick the new signings. Bruno G’s form is hot, but he was given time to boil as he was introduced very, very slowly.

Burnley players would like Michael Jackson to keep busting a beat for them. A draw and two wins for the Turf Moor caretaker saw them jump above Everton before the Merseyside derby which, of course, meant Burnley were still ahead of Everton after the Merseyside derby. Any gaffer capable of getting Matty Vydra scoring in the Premier League deserves the job permanently.

Brighton don’t score many, so will have been delighted to have raced into a two-goal lead over the ever generous, never consistent Southampton. James Ward-Prowse took umbrage to that and single-handedly dragged his side back into the game, scoring twice and earning a pointless point for both. Obviously, one was a worldy of a free-kick – his 14th in the Premier League.

In the game nobody will remember from the weekend, Aston Villa finally stopped losing, Leicester City managed to not concede from a corner and Jamie Vardy returned to give their Conference League hopes a little boost.

Want a bit of breaking rumour? Yes, yes you do.

Ten Hag’s early transfer plans for United read a bit like a time machine has taken us back to 2016. Eriksen is top of his list, apparently – though there are rumours that Donny van der Beek has been smiling a lot more at Everton given his former boss could well be his new boss once again.

Barcelona boss Xavi felt compelled to remind people that he likes Frenkie de Jong a lot and would prefer him not to disappear to Old Trafford for yet another Ten Hag reunion.

Tommy T likes Declan Rice a lot but is unlikely to fight Manchesters City or United for the £150m player. West Ham will refuse to sell for a penny less even though Rice has made it clear he’s not signing a new deal. Just imagine what United might have been this season if they’d spent all their wasted transfer bunce over the last 18 months on one single Declan.

Arsenal, as we know, would like Jesus to turn Emirates water into wine next season – but they are also very keen on returning Tammy to Laandan Town. Abraham has been on actual fire for Jose this season and Mikel Arteta is hoping that hot streak could continue in a proper league.

Antonio Rudiger believes the proper football is played in La Liga – or at the very least, the proper paycheques come from there. He’s said no to £200K a week from Chelsea – which, of course, they cannot legally offer right now – and is very likely to be wearing the white of Real Madrid next season.

A rumour run would not be complete without one that makes you roll around on the floor, tears streaming down your face. Tottenham have been linked to Bayern Munich star Serge Gnabry – presumably, because he has played in North London before and not because he would actually have any interest in leaving the 10-times-in-a-row Bundesliga champions for another pop at 4th place in the Premier League next season. It’s this kind of rumour that adds fire to the flames that Conte is keen on replacing soon-to-be-sacked Pochettino at PSG.

More realistic is that Spurs are chasing Inter Milan right-back Denzel Dumfries who, if he signs, would immediately win the ‘best-named transfer deal of the summer’ award.

Leicester have accepted they probably need better players if they are to have any chance of missing out on Champions League football on the final day again any time soon – they want Ibrahim Sangare of PSV for £30m.

West Ham, down to one fit central defender for their upcoming European exploits, would like to avoid that next season by signing Everton’s Michael Keane in the summer. You can only assume they’ve not actually watched him recently.

Duje Caleta-Car has been a consistent Premier League rumour for several windows now so it makes sense that Aston Villa are finally linked to signing the Marseille centre-back.

Newcastle still have a fair wad of cash to burn through and are keen to give PSG keeper Kaylor Navas a decent wedge of it. Howe is also being linked to Monaco’s Benoit Badiashile and Leverkusen’s Moussa Diaby.