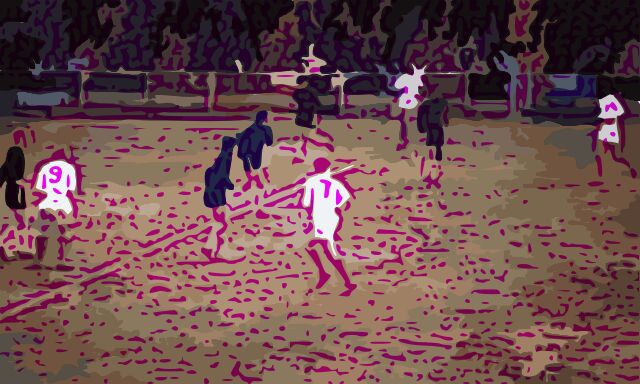 This article originally featured on Tale of Two Halves back in May 2018.

So a mid-season break has been agreed in principle, to commence in January/February 2020. The World Cup is fast approaching and no doubt the issue of player fatigue and its negative effect on England’s chances will also resurface in the next few weeks. For as long as I can remember, the amount of fixtures in the English top flight has come under criticism. If you would have asked me before the start of the Premier League era about there being too many fixtures I would have been sympathetic, but not now.

“If you put one of these footballers in a factory, doing a proper job then maybe I would have sympathy for them”. “They of course only turn up for work for 90 minutes at a time, sometimes twice a week!” Nice work if you can get it. We’ve all seen and heard these accusations many times. Of course, everyone knows that these comments are made ‘tongue in cheek’, don’t they?

It’s sometimes hilarious when some people try to compare the physical and mental exertions of athletes of different sports against each other. Tennis players can play matches of up to 5 hours, then be back again the next day for more and play most of the year. Athletes peak for the summer months in general. Boxers fight a handful of bouts a year at the most unless of course, they are a ‘journeyman’ who may box as often as weekly at times. Rugby (both codes) rarely play more than once a week. Then there are footballers.

Do footballers play too often?

Who would benefit the most from any changes?

Do footballers play too often?

Comparing playing three games in eight days against a 40-hour working week isn’t the point as footballers are athletes and are expected to play at the highest level whenever they take to the pitch. As fans, we will soon let them know if they don’t perform. Pep Guardiola complained last Christmas about fixture congestion and called for a mid-season break. Doesn’t he have a point? Studies on injuries show that in December 2017, injuries went up by 32% compared to previous months of the season.

Criticism of the Premier League centres around the length of the season, number of competitions and schedule of fixtures. It promotes wear and tear due to the intensity of actions, something your average worker wouldn’t have to contend with.

The biggest increase was in soft tissue injuries, damage to muscles, ligaments and tendons, an increase of 45% in December against previous months. Mainly due to the spike in fixture congestion.

Unsurprisingly, medical research tells us the more minutes you play, the more likely injuries are to occur. The optimum recovery for players is between 48 and 72 hours, otherwise, players become more susceptible to muscular injuries and fatigue. More recent research, however, suggests 6 days is required for a player to recover from a competitive match. How much would the season have to be cut to accommodate a 6 days rest between games? Is it realistic to even try? How did they cope in the 70’s and 80’s?

As well as competitive matches, players have to contend with other physical and mental fatigue. International travel, particularly for those representing their country on the other side of the world. Staying in hotels may sound idyllic for many, but differing times, sleeping conditions and the pressure to ‘perform’ at their best every time, can have both a physical and mental effect on a player.

It’s not just the English league though. In 2004, Franz Beckenbauer blamed fixture congestion in the top leagues for poor performances in the European Championships. As well as England (obviously), Germany, Spain, France and Italy all failed to qualify for the semi-finals. In 2010, Fabio Capello complained that his England players were too tired to compete in the World Cup. The Argentinian squad’s fitness coach expressed concerns in the same competition that a certain Lionel Messi, who was approaching his 22nd birthday, was too tired to perform at his best.

The most successful nations do, however, get a mid-season break. This season, Germany had a 30-day break, which took in Christmas and new year while Spain, 18 days and Italy, 16 days got a shorter break. Interestingly, it’s worth noting that Denmark’s successful European Championship winning team in 1992 were recruited ‘off the beach’ with little notice having ‘switched off’ following their season.

The following are ideas that have previously been muted for relieving fixture congestion:

Reducing the Premier League to 18 teams

Get rid of the League Cup completely

Premier League clubs or European teams get a bye into the 4th round of FA Cup.

Insertion of a mid-season break

Some of these ideas are being considered either in part or full. The insertion of a mid-season break should help mid-season injuries but will cause congestion in other parts of the season. Scrapping Christmas and New Year fixtures will be hard, if not impossible to sell to fans and the two-legged League Cup semi-final should be reduced to one game at a neutral venue as soon as possible.

Any reduction in domestic fixtures will help with injuries and fatigue but a much greater reduction would be made if the authorities reduced fixtures in European competitions.

The season has already been reduced to 38 games, reduced from 42 in 1995. The Championship and Leagues 1 & 2 all play 46 games. It’s also notable that many teams have had a mid-season break already this season, specifically those who went out of the FA Cup in the third round. To help the England team prepare for the World Cup, there has been an extra round of games added during the season and will ensure the season finishes a week early.

Isn’t a break intended to help English players and the England team? When 69.2% of Premier League players are foreign, the most in Europe. By inserting a break we help, not only ourselves but some of the world’s best players as well. A break is also utilised in both Italy and The Netherlands, (who had a whopping 26-day break) yet neither national teams were able to qualify for this year’s World Cup.

Who does it benefit?

The key here is why do the top clubs call for a mid-season break or fewer fixtures? Is it to help fixture congestion, the national team or both? The answer in my humble opinion is ‘none of the above’. In each of the above scenarios, it’s all about cutting domestic fixtures while preserving European fixtures. In other words, keeping the financial advantage for the elite, while reducing the opportunity for the other 86 clubs who seem to be an afterthought. It’s important to note here that I haven’t included the club that starts it’s Europe League season in July yet this ridiculously early start rarely gets mentioned whenever cutting fixtures is discussed.

This is how you relieve fixture congestion

What has changed since the pre-Premier League era? The one big area that has increased fixture congestion is the increase in European Football. If you want to relieve congestion you reduce Champions League and Europa League fixtures. How?

1. Champions League should be contested by the ‘Champions’ of their respective league (radical, I know), winners of the Europa League and the holders only.

2. Cut the group stages from the CL.

Some say it’s much harder to win the Champions League than it was to win the European Cup back in the day. That’s debatable because to win the European Cup, you had to do it over two years. The first year by winning your own league, the second by winning the actual trophy. Nowadays you can win it by being 4th in your domestic league and can qualify for the knockout stages having lost three games in qualifying. On the other hand, when Liverpool won their first European Cup in 1977 they took just 9 games to win it. Notable scalps included Crusaders and Trabzonspor. Incredibly in 1978, Liverpool took just 7 games to win the cup having been given a bye in the first round.

Cutting all those qualification routes would ensure that the only champions would qualify for Europe’s premier competition and make sides take the ‘Europa League’ a lot more seriously. Even ‘losers’ are allowed into the competition halfway through. What’s that all about? There would be no starting the fixtures in July, another cause of fatigue and the big one here… Reducing fixtures. Should Liverpool reach this years’ final, it will have taken 15 games, arguably 6 games too many, 6 games that could ease fixture congestion.

It’s not fixture congestion the top 6 are complaining about because if it was, they would be complaining about the excessive European fixtures. That is the difference between pre-1990’s and now. Money! Of course, that will never change but how come every time fixture congestion is talked about, it’s domestic fixtures that are the target? Every single initiative suggested to reduce congestion is aimed at appeasing the ‘top 6’.

Gone are the days when a team could win the title by using only 14 players as Aston Villa did in 1981. Players recruited from all over the world nowadays means jetting off during international breaks with its inevitable effect on their performances. Increasing European fixtures and increasing physical demands puts a strain on players but to blame domestic fixtures is missing the point.

You can’t stand in the way of ‘progress’ and playing so many games sells TV revenue, tickets and the brand, but don’t dress up a desire to make more money as a concern about too many fixtures because it isn’t.