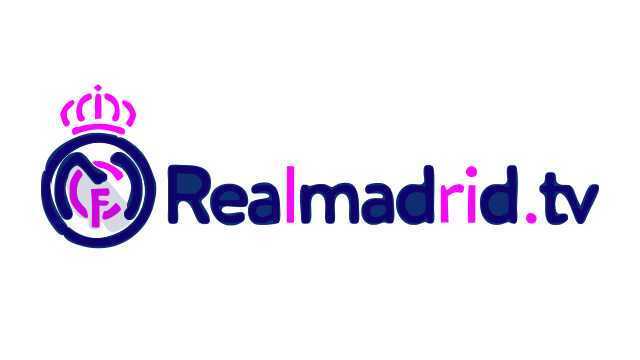 What do you think of when you hear of Galácticos? Spanish football monopolised? A ruthless super team with goals, glitz and glamour? I think of a nostalgia-fuelled blaring anthem of success. The epitome of ‘Hala Madrid’. It’s made up of composers: Beckham, Guti and Zidane before exhilarating virtuosos like Raúl and Ronaldo work the tiniest of spaces and cap the piece with artful, jaw-dropping solos. Every time, these get rewarded by a near-religious crowd imploring louder and louder for an encore.

Despite the extended metaphor imposed, I’m certain a lot of people feel the same. In my recollection though, I find there’s a little twist. Instead of being immediately blasted back to the glory arena of the Bernabéu or the other hunting grounds of Spanish football stadia, my brain takes me back via a small village in agricultural Herefordshire. My mind transports me to Hampton Bishop, Herefordshire.

Understandably, that is a strange match. On the contrary, however non-sequitur it may be, the village of 505 people is an important cornerstone of my football obsession. For here at my grandma’s house in the mid-2000s, courtesy of Sky and Real Madrid TV, was where Galácticos played.

For a child of six or seven years old, early influences are integral. Inspiring figures in any field can put a wide eyed youngster on any given path, whether that be in their career or simply for a hobby. My grandma Anne was a fine example. She inspired creativity at every turn. She would encourage my brother and me to pursue whatever we wanted to do, as long as we were doing something. Together we’d play. Make things. Draw. Write. Go out and see the world first hand. Hampton Bishop is a small village, yet in the countryside with its orchards, river banks and floodplains – it was perfect to grow up in.

There were hardly ever complaints of nothing to do. Even invertedly and in our downtime, there was room to inspire – as I found when perusing the Sky TV guide. Sky was something we didn’t have at home and was a real novelty. A young boy just getting into football, I sifted through the swathes of channels before I found what turned out to be the holy grail. Real Madrid TV. Now, before going into the detail of this channel, we must go on a small tangent. Amongst the joy of Los Blancos’ terrestrial channel on Sky came other gems like now defunct children’s channel Jetix and the legendary ESPN Classic.

These two channels went side by side with my viewing of the capital club’s exploits. Importantly, Jetix had a show called Galactik Football. In this animated show of French origin, the narrative follows the inhabited worlds of the Zaelion Galaxy. Their teams compete against each other in Galactik Football – a sci-fi, 7-a-side take the association game. It was amazing. Players could have enhanced speed, strength and agility via a magical energy called ‘the flux’. Along with those mentioned increases in ability, some players could fly and power home acrobatic scissor kicks, teleport or even dictate the path of the ball in the air. A few clicks down the TV guide and this ‘flux’ looked more than present at Florentino Pérez’s otherworldly Real Madrid.

Finding favourites in a star-studded side – Raúl

Looking back, 2007 (or 08) was probably the time I took notice of Real Madrid TV. I remember certain hazy highlights. Goals upon goals. Among current games were throwbacks to a few seasons before – bits of the 90s, but mainly the era that had just crept into the new millennia. The football was so good, it was nearly fiction.

There was R9 making scoring look all too easy. Beckham passed a ball like it was magnetised to its receiver. I could watch unthinkable Casillas saves all day. A showing of Zidane’s Champion’s League Final goal against Leverkusen sticks out. You know the one. With his monk-like hair, he watched the ball drop from the heavens before doing the lord’s work and volleying the ball into the top left corner from the edge of the box. La Novena. Wow. There was so much quality on display. Ultimately sheer footballing heritage. However, I was simply in awe of two players. Raúl and Guti.

To this day, Raúl is a figure I find myself referring to most on hearing the term ‘complete striker’. With seven on his back, he stalked the six-yard box as a deadly poacher that was always in the right place at the right time. He was rapid in behind too and although sub-six foot, gifted with his head. It all seemed so scarily natural. I think there was also an endearing, genuine glow that emanated from Raúl. With every inevitable goal (he managed 228 in 550) there was predominantly a wry smile and joyous, simple celebration. Off he’d run kissing the ring finger in honour of his wife, ending only to embrace his teammates or point to the name on the back of his crisp white shirt.

An avid endorsee of the chip, one of Raúl’s finest goals came against Barcelona in El Clásico 1999/00. Picture it. With already one goal to his name but his side one behind, the forward and Real are getting both barrels from the boisterous Camp Nou crowd. Four minutes from time, Real break forward after winning the ball in midfield. Sávio slides an artful ball in behind and the no. 7 does the rest. Evading a two-marker sandwich, his final challenge is an onrushing Ruud Hesp. No worries. Dink! There’s a man tracking back helplessly but it bounces in. A kiss of the ring and a shush to the clamouring home rabble – that’ll do nicely to rescue a point.

As said, Guti is another footballer I adored watching. If Raúl was perhaps the epitome of centre forward artistry, Guti was his midfield equivalent. As his striker celebrated goals, Guti did the same with assists. Together they were a potent mix enough to give La Liga defenders insomnia. Blonde hair in keeping with the brightness of Los Blancos’ shirt, Guti shone in the middle.

Watching him when I was seven was like watching a seconds-long film. Behind every Hollywood pass was years in the Real Madrid system and it culminated in football poetry. Where do I start? Deportivo away in 09/10 saw him through on goal. However, after one scanning glance backwards he disregarded the chance to score. He was literally in. Watch the video, his body is shaped to shoot but in the blink of an eye he somehow backheels it for a youthful Karim Benzema to slot home. It still staggers me today.

He was a provider that could bag an assist out of nothing. That was something I valued. This certain selflessness played nicely alongside not only his strikers’ egocentric will to score, but the powerhouse celebrity ethos of his club. Real Madrid could buy whoever, yet as with Raúl, Guti was straight from the academy – still proving money can’t get you everything.

To finally bring this first part back to the introduction of animated proportions, I want to look back at another goal that I remember vividly from those halcyon days in my grandma’s sitting room. Remember how in Galactik Football I mentioned players could dictate where the ball went in the air? A boy glued to the screen, I swore I saw Ruud van Nistelrooy do this against Valencia in 2007. He had the ‘flux’! While researching this piece, I had this goal in mind and although not as impressive as I recollect (I somewhat childishly imagined the ball literally rounding players this way and that), the strike is still just perfect. It may be one of my favourite goals, not just for the whizzing volley into the top left corner, but the build up. It is simply superlative.

Míchel Salgado pings a flighted ball up top from right back. Van Nistelrooy comes deep to chest it back at half way. He starts his run forward as now Gonzalo Higuaín plays a one-two in off the right flank with Mahammadou Diarra. The young Argentine plays a short pass to Robinho who’s central. In one fell movement, he’s already moved the ball on with a deft backheel to Fernando Gago who sprays the ball over to marauding wing-back Miguel Torres. The wing-back has busted a gut to get high up the left flank as his team have rotated around a hapless Valencia, who by now are swept up and dizzied in a flawless passing counter attack.

Still on the run, Torres floats a ball over to van Nistelrooy. He’s sauntered and stopped just inside the right edge of the box. He’s primed. The ball is perfect for the outside of the Dutchman’s right boot as he chops it, snarling into the very irretrievable depths of the left side netting of Santiago Cañizares’ goal. It was to be the opener in a great 2-1 victory against an extremely cult Valencia side of which played the likes of Davids Silva and Villa, Joaquín, Fernando Morientes and Roberto Ayala. All in all, nostalgia-fuelled or not, it is up there in the echelon of football perfection.

Youth can pair beautifully with the wearing of rose tinted glasses. Of course, I’m no stranger to that. Yet, feeling as though I’ve exhausted the narrative in this article, I hope you’ll join me in Part Two – where I look back at the bad that comes with the good. Next week, we look at the ‘flops’ and a section of the Real Madrid TV archive the brain seldom remembers – the rose tinted rogue’s gallery.