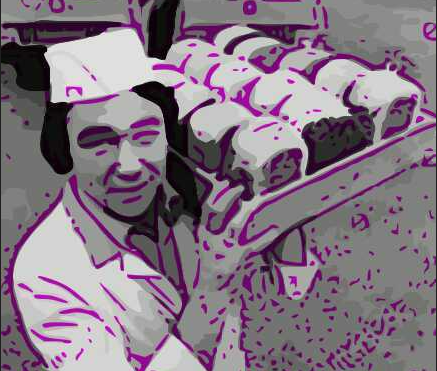 This is the story of when a bakery delivery driver was plucked off the streets to play for Liverpool. All in the name of television.

This was part of a series broadcast in the 1970s presented by Esther Rantzen, called “The Big Time”.

The Big Time was the same series which launched the career of Sheena Easton. She went on to gain worldwide fame and a duet with Prince. For Lawrence Cottrell, he disappeared back into the same obscurity he was plucked from.

The series ran for three years, starting in 1976. It was about taking unknown, talented people and making their dreams come true by giving them the opportunity to find fame, if only for 15 minutes (well, 60 actually).

This was an era before celebrities. There were very few ‘fly-on-the-wall’ documentaries and certainly nothing like Big Brother, I’m A Celebrity Get Me Out of Here or Love Island. Giving ordinary people the opportunity to do something they’ve always dreamed of and capturing their reactions on camera was still a new concept. You could say the series was groundbreaking.

Lawrence (Lol) Cottrell was 28, a keen amateur footballer who had always dreamed of playing for Liverpool. He once played for Liverpool schoolboys, so he had some talent. He spent two weeks training for his big moment, and finally realised his dream in front of 56,000 people at Anfield.

The programme itself, first shown on 1 December 1977, included contributions from eminent characters such as Bill Shankly, Denis Law, Jimmy Hill and Tommy Smith.

Cottrell’s episode was the second in season two. Easton didn’t appear on our screens until season three, July 1980.

It was Smith’s testimonial which would see Cottrell step onto the hallowed turf at Anfield. The opponents were a Bobby Charlton XI. A mixture of mainly ex-Manchester United players, some ex-Liverpool players and some others who obviously hadn’t gone off on their holidays yet.

Cameras followed him around as he prepared for his big night. The format was that we would follow him as he was coached by Shankly, Law, Hill and Smith then get to pull on the red shirt in front of adoring fans at Anfield. The programme gave us a fair bit of info on the lad.

He left school at 15 and wanted to be a professional footballer, but by his own admission didn’t have the nerve or the support. He needed a reliable wage, so he went into various manual roles, such as baker, coalman, engineer and factory worker. At the time of the programme, he worked for Sayers delivering pies to Melwood. He was married to Joan and they had two young children.

Cottrell played for the Wheatsheaf team in Crosby’s Sunday league. Footage of him playing was shown as Smith was on the touchline giving his assessment. After the game, he told Lol and the cameras he’d have to work extremely hard to get him fit enough for a run out with the first team.

Then we see him arrive in the dressing room at Melwood. It’s Monday 16 May, two days after Liverpool retained the league title at home to West Ham. Lol was introduced to the players and then weighed by Roy Evans. Much was made of him being a ‘heavy lad’, and Smith suggested he’ll need to lose about a stone in weight in the two weeks before the game.

We were then given access to Joe Fagan’s training methods as Cottrell was expected to work as hard as the other players. They all put plastic bags underneath their training kit to help sweat out the excess weight. Cutting edge stuff, in those days.

Anyone who watched Smith will know he didn’t move much on the pitch. His strength was anticipating the play and stopping others. But halfway through his first training session, Lol is struggling to keep up with him in shuttle runs.

From there we’re treated to a glorious appearance from Bill Shankly. He turns up at Lol’s house and precedes to give him the benefit of a Shankly pep talk. When asked by the director how he should approach the night, the legendary former manager tells him

“This will be the night of all nights and he’ll never forget it for the rest of his life. He should enjoy it. He’ll think he’ll be overawed but he won’t. He’ll have Tommy Smith and the other lads chatting to him”

Shanks then tells him he should feel nervous as that’s good preparation.

Lol then meets Jimmy Hill at Wembley on the eve of the FA Cup Final. He must’ve been pinching himself.

A week later Smith gets him on the scales again and he’s lost about five pounds from when Evans checked, but apparently, he’s put on three pounds over the weekend. Smith isn’t pleased. He puts him through a series of shuttle runs on the touchline at Anfield.

After we hear from Joan, who gives a rather bleak view of how she felt football had no place for women, Cottrell then meets one of his heroes – Denis Law.

The rivalry between Liverpool and United was nowhere near as fierce as it is today. Can’t really imagine a Liverpool fan admitting on camera Wayne Rooney was one of his heroes and then meeting him on the Anfield turf. But these were simpler times.

Cottrell has some mates round to watch the European Cup Final on tv, and of course, he’s delighted his new found friend, Smith is one of the goalscorers.

Liverpool held a testimonial for Tommy Smith, two days after the European Cup Final in Rome. Just after the team returned to Anfield with their first ever European Cup, they were back in their kit to honour one of the club’s greatest servants.

They were up against a Bobby Charlton XI. Former Liverpool players, Chris Lawler, Peter Thompson and Peter Cormack were in this side. They were joined by Charlton, Brian Little, Geoff Salmons, Alex Stepney, Tony Dunne, Howard Kendall, Norman Hunter, Bobby Lennox and John Hurst.

Amongst an excited and enthusiastic crowd were Joan and their oldest lad. They may have been the only two who knew Lol, but it didn’t dampen their mood.

The night began with Smith and Hughes taking the trophy they’d just won on a lap of honour. The 1976-77 season had been a historic one as they were very close to becoming the first English club to win the treble of the league, FA Cup and European Cup. Manchester United pipped Liverpool to the FA Cup, but the other two trophies found their way back to the trophy room at Anfield.

McDermott opened the scoring, but Cormack, Charlton and Peter Thompson gave the visitors a 1-3 lead. Keegan pulled one back but Salmons restored the two-goal lead. Smith got on the scoresheet to make it 3-5 and they’d only been playing 31 minutes!

Smith then made changes to his team. He put club captain Hughes in goal and sent Clemence up front. The Liverpool keeper helped himself to two goals as the two sides went into the break at 6-6. His second was a stunner from 20 yards.

Hughes himself performed admirably as he saved from Charlton, but was then replaced by reserve keeper, Peter McDonnell.

Bobby Lennox, himself a European Cup winner with Celtic 10 years earlier, scored a hat-trick in the second half. Smith scored again, from the spot and then came Cottrell’s grand entrance.

I remember reading the match report in the newspaper at the time. Looking back at the excellent resource, LFCHistory.net a copy of the report is as I remember. The game finished 9-9. Odd then that the programme reports the score was 3-3.

This is where the programme is a bit confusing. The voiceover tells us Cottrell will be coming on in the second half for Ray Kennedy. Yet they’d added John Motson’s commentary and it appears he’s on from the start.

In reality, we just get to see the second half as throughout the programme the sides never change ends. The score in the second half was 3-3. It’s quite obvious Motson’s commentary has been added afterwards, but it’s strange for a man so meticulous in his preparation he doesn’t realise he’s already missed 12 goals.

Cottrell had a few touches, knocking it about with increasing confidence. He even goes close with a header just wide from about 12 yards out.

Lennox scores a hat-trick to give Charlton’s side a three-goal lead. Johnson and Fairclough bring it back level before Johnson is tripped in the box by Cormack. Penalty to Liverpool.

Who’s going to take it? Lol Cottrell, of course.

He put it wide. But the referee was in a charitable mood and ordered it to be retaken. Without giving himself much time to settle, he placed it the other side, but Stepney was not going to give him an easy goal and saved it. It broke Cottrell’s little lad’s heart. After the game, Stepney said he wasn’t going to just let him score as his professional pride was at stake.

A rather strange comment from a guy who’s just shipped nine goals in 90 minutes, but there you go.

During the interviews with the players, Charlton was extremely complimentary saying he didn’t realise Lol was an amateur player, he thought he was better than that.

Cottrell still had a night to remember. He met some real stars of the football world. Watching it back after all these years you realise what an incredible experience he had, and how accessible football was back then.

He really did work extremely hard, although it was clear there was at least one weekend on the ale. Over the two weeks he lost five pounds in weight. The poor guy looked gutted when they told him. All that sacrifice just for five pounds.

Sadly, Cottrell passed away just a few months ago, in Liverpool on 28 August 2022. Throughout the vast fanbase the club has worldwide, there are plenty who would love to have been given the opportunity he had. There’s no doubt he was honoured to be there and took it very seriously. We’re not party to why he was chosen, but it gave us a great insight into the life of a footballer in the mid 1970s. Something we rarely saw back then.

Clips of the programme have now been added to YouTube and they’re well worth watching.