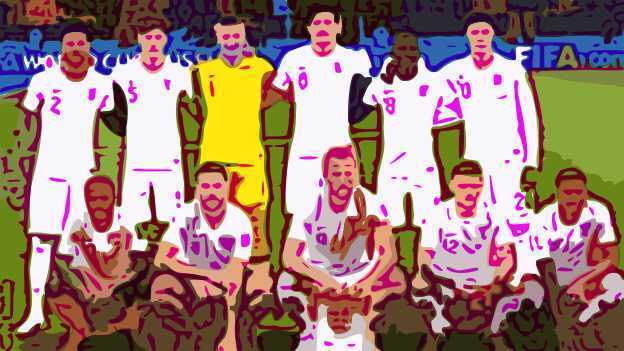 As the 2022 World Cup begins, hopes are high in the England camp that the Three Lions can achieve something spectacular, emulating the stars of 1966 and lifting the illustrious trophy. The squad is full of talent, with Raheem Sterling and Jordan Henderson making their third World Cup appearance, the likes of Harry Kane, Jordan Pickford, John Stones and Kieran Trippier jetting out for a second World Cup after their heroics in Russia four years prior, and young talents of the European Championships such as Phil Foden, Bukayo Saka, Declan Rice and Mason Mount appearing at their first ever World Cup.

Players have also come in from the cold, with manager Gareth Southgate selecting Callum Wilson and James Maddison, players who have only played a handful of minutes in an England shirt before, but have been rewarded for positive club performances with the biggest call up of them all. Southgate has also selected players who have performed well in an England shirt at previous tournaments, contrary to current club form, with Harry Maguire, Luke Shaw, Kalvin Phillips and Eric Dier notably fitting these criteria.

Many of Southgate’s twenty-six travelling out to Qatar featured for England in Russia four years ago, but there are also names who featured in England’s run to the semi-final who are absent from this year’s tournament. Some of these names may not come as a surprise to fans who have seen these stars dip in and out of form, struggle with injuries or lose interest in the game entirely. These players have seen their minutes in an England shirt dwindle as the years have gone by, with talents younger and older featured in this list.

Perhaps the most high-profile player featured in the 2018 squad to experience a downturn in form, Dele Alli’s recent activities on and off the pitch have been well-documented. Dele travelled to the 2018 World Cup at the peak of his powers, a player most England fans looked to for a moment of magic or brilliance, attracting interest from European giants such as Real Madrid and Barcelona. At the age of 22, Dele had the world at his feet, coming off the back of a prolific season for Tottenham Hotspur in which the attacking midfielder registered 14 goals and 17 assists in all competitions.

Much was expected on the biggest stage of them all in the summer and sure enough, Dele delivered. The former Spurs man scored past Sweden in the quarter-final with an excellent header, and started four of the six games in England’s run to the semi-final. A once important figure of the national setup, Dele personified England’s updated approach to international football as the attacking midfielder was comfortable on the ball, fearless in possession and up to any physical task put against him.

José Mourinho’s arrival at Tottenham Hotspur in 2019 saw the beginning of the end for Dele’s career in a Spurs shirt, as Mourinho notably became critical of his work rate and desire for football, which came to surface as a tally of five goals in 58 games over the following two seasons left Southgate no choice but to exclude Dele from future plans. After an unsuccessful spell at Everton, Dele is currently playing in Turkey for Beşiktaş, hoping to reignite his career away from the scrutiny of the English press, who once touted the attacker as one of the best youngsters in world football.

Another England attacker who could arguably be placed into the same bracket as Dele Alli, Jesse Lingard was another exciting prospect who was trusted by Gareth Southgate at the 2018 World Cup as part of his revolution led by England players who had never played in the tournament before. It’s fair to say that England exceeded expectations by getting as far as they did, and Lingard played a huge role in this feat.

Playing his football for Manchester United at the time, Lingard travelled to Russia off the back of a relatively successful season, notching up thirteen goals and seven assists in all competitions as United finished runners-up to Manchester City’s centurions in the Premier League. As part of Southgate’s 3-4-3 formation, Lingard and Dele Alli were selected to play either side of Harry Kane, leading the line with much success. Lingard grabbed two assists and one goal in the 2018 World Cup, curling in a beauty against Panama as part of a 6-1 group stage drubbing in Nizhny Novgorod.

Lingard was instrumental in the knockout phase, playing every minute as England crashed out of the tournament at the hands of Croatia in extra-time of the semi-finals. Lingard and Southgate notably had a close bond and after being frozen out by Manchester United, the attacking midfielder went on loan to West Ham United in January 2021, and the vibrant character once again demonstrated his talent by scoring nine goals and assisting five in fourteen games.

Lingard was welcomed back into the England fold after a prolific stint at the Hammers, scoring a brace in a comfortable 4-0 win over Andorra at Wembley Stadium in September 2021. This was England’s first game at Wembley since their European Championships final defeat to Italy, and Lingard wasn’t even selected in Southgate’s 26 man squad for the tournament, highlighting the strength of character in the attacker. Lingard’s return to Manchester proved to be unsuccessful, as Ole Gunnar Solskjær and Ralf Rangnick failed to provide Lingard with the sufficient game time to showcase his abilities, resulting in another exile from England action.

This summer Lingard made the move to recently promoted Nottingham Forest, a deal which came as a shock to many who believed the move was motivated by money. Lingard reportedly subbed former club West Ham United in favour of a move to Nottingham, and the transfer has certainly seen Lingard receive more game time, but with Forest located in the bottom three and Lingard scoring one goal all season, a Qatar call up eluded the fan favourite.

A player who maintained his high standards for well over a decade, Ashley Young travelled to Russia one of the more experienced players in the squad. Young received his first England cap all the way back in 2007, selected by Steve McLaren to come off the bench at half-time against Austria in a friendly which England won 1-0. Young had featured for England at Euro 2012, missing a decisive spot-kick as the Three Lions crashed out of the tournament after a penalty-shootout defeat to Italy in the round of sixteen.

The winger then went four years without an England call up from 2013 to 2017, until Southgate selected Young in November 2017 to feature in a goalless draw against Brazil. Young continued to feature for England, and was trusted at the World Cup by Southgate as the winger started as a left wing-back for five of the seven games. The system was successful and after a nine-year spell at Manchester United, Young completed a move to Inter Milan, signed by Antonio Conte for a cut-price of £1.2M.

Young continued to operate in the 3-4-3 system he flourished in at Russia, coached by Conte who very much favours this style of play. This transfer led to much success as Young lifted the Serie A title, featuring in the league’s tightest defence which kept fifteen clean sheets on its way to the scudetto. At the age of 37, Young’s best days are past him, with the winger returning to the Premier League in 2021 to reunite with former club Aston Villa, making thirteen appearances and scoring once.

A promising talent who has been plagued with injuries throughout his career, Ruben Loftus-Cheek has endured a stop-start time in his footballing career. Loftus-Cheek is blessed with a natural talent on the ball, and a physical presence who emerged through Chelsea’s academy to thus far make 92 appearances for the first team. The midfielder still plays for Chelsea, featuring in every game managed by Graham Potter who has taken a keen liking to Loftus Cheek and his skillset, featuring as a centre-midfielder as well as a right-midfielder, highlighting his versatility and desire to play in any position required.

Rewinding back to 2018, Loftus-Cheek was selected as part of the World Cup squad, appearing in four matches, assisting Harry Kane for his third goal against Panama, steering Kane towards the Golden Boot. On his return to Chelsea, Loftus-Cheek was handed plenty of game time by Mauricio Sarri, playing 40 games and scoring 10 goals. Chelsea lifted the Europa League that year and the future looked bright, but Loftus-Cheek’s progress has constantly been hindered by injuries.

He suffered an Achilles tendon rupture in a charity match against New England Revolution that same season, sideling the midfielder for a total of 280 days. Loftus-Cheek was loaned out to Fulham for the 2021/22 season in order to gain some playing time, but struggled to make an impact as the Cottagers were relegated from the Premier League. Uncapped since 2018, Loftus-Cheek has been looked over by Southgate, but the 26-year-old still has time on his side, featuring regularly at the highest level for an elite club, so it may not be over for Loftus-Cheek in an England shirt if his luck with injuries continues to improve.

Adriano: the emperor of Milan (part 2)