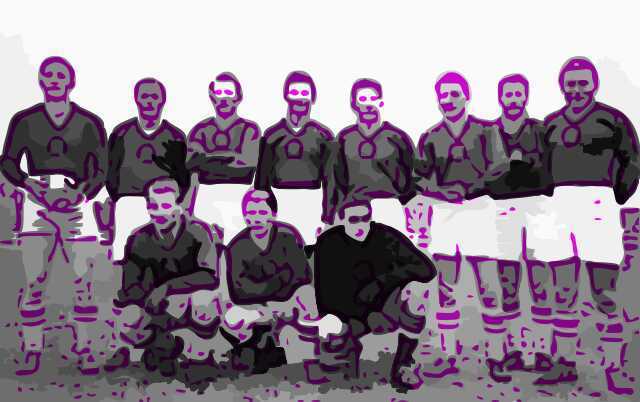 Picking up from where we left things in part one, the world was limbering up for the Swiss World Cup, anticipating that Hungary and their Golden Squad would inevitably inscribe themselves into football history, hoisting the Jules Rimet Trophy above their heads in international glory.

They were entering the tournament fresh from a 26-game unbeaten streak. A firing Ferenc Puskas at the vanguard of pub patter after his performances against England and a squad around him so versatile and interchangeable that no manager could begin to prepare tactics for fixtures against the Magyars made them favourites for the trophy.

Now, it was time to put their brilliance into practice.

In the draw, Sebes and the Magyars were potted against West Germany. They had only existed for four years and had not particularly impressed in beating Norway and Saarland on their way to qualification and were joined in the group by Turkey and the debuting South Korea. For Hungary, it should have been an easy group to escape, but like anything in the 50s, it was made more complicated by curious formatting and systematic cock-ups.

The two seeded teams – in this instance, Hungary and Turkey –  would not face each other but, instead, take on only the unseeded team, with the top two in each group qualifying for the quarter-finals. If second and third finished level on points, a playoff would be used in preference to any more sensible decider.

Through the entanglement, however, Sepp Herberger of West Germany found a route through to qualify alongside the Hungarians. Reliant on the Turkish to come out victorious against South Korea (with the expectation that they would lose to Hungary) and beat them themselves – it worked a treat. Turkey were dispatched 4-1 in the opener, while Puskas was helping himself to a hattrick against South Korea in a 9-0 win. Three days later, Turkey also had little problem in dislodging the Koreans’ knockout hopes with a 7-0 victory in Geneva. Meanwhile, at Basel’s St Jakob Stadium, Hungary and West Germany were launched into one of the most controversial group games in World Cup history.

Performance-wise for the Hungarians, all was well. Puskas was in fine fettle, describing his confidence by suggesting: “I could feel the ball as a violinist feels his instrument.” The German side, featuring only four of the players that had played against Turkey, fell victim to the primitive scoring of Puskas and Kocsis as they were swept under the rug with an 8-3 defeat.

During the fixture, German frustration grew as they struggled to contain the Magyar’s fluid attack. On top of that, vexation towards English referee William Ling was also rising. Ling turned a blind eye to various clatterings on the pitch, three glaring penalty calls were questionably ignored, and eventually the unavoidable happened. As Puskas looked to wheel away from Liebrich on the halfway line, the West German smashed into him, signalling an instant end to the Hungarian captain’s tournament. Although he braved his injury and continued to play, he was never the same. This became a possible reason for Hungary’s late dropoff that saw them become the nearly men rather than the immortals they were on course to be.

Nevertheless, the Magyars topped Group Two comfortably, scoring 17 goals and conceding just three. The saying “finish what you started” was epitomised by Sebes and his team as they made it 28 games unbeaten, all while showing a void of complacency.

Into the quarter-finals with ease, it was time to ramp up preparations ahead of their primetime kickoff against past winners Brazil.

In yet another baffling organisational mishap, the teams who finished top of their groups went into one half of the knockout tournament, with the runners-up in the other. This meant that Hungary had a much more challenging run leading up to the final. First in their path was Brazil, but although they would go on to win the trophy in 1958, 1962 and 1970, the 1954 squad faltered when they chose violence to combat the Magical Magyars.

Bozsik and Nilton Santos were both sent off for engaging in a brawl, and Humberto Tozzi was later shown red for lunging into a tackle on Lóránt. The clash was later remembered as the Battle of Bern, and the scenes only escalated after the final whistle announced Hungary as 4-2 winners, despite struggling to stay in the game at 2-2 in the 65th minute after a Julinho strike. Brazil probed the Hungarian backline on the counterattack – but late goals from Bozsik and Kocsis booked the Eastern Bloc country into a semi-final showdown with another former World Cup winner in Uruguay.

Before their battle with the host nation of the first-ever tournament, though, Hungary’s Golden Squad were faced with backlash from the Brazilians. Swiss police had already struggled to contain passions on the pitch, but all broke loose after the 90 minutes were done, with scenes of war in the tunnel. After the Brazilian squad rushed the Hungarian changing rooms, the fighting spilt into the tunnel, with players, officials, and even fans, getting in on the act. Bottles were broken, boots were used as an instrument for violence, and Sebes needed stitches on his face afterwards.

In typical 1954 World Cup fashion, the briefest of FIFA investigations resulted in a shrug of the shoulder, so Hungary were able to wash their hands and focus on a victory against Uruguay.

Again, despite leading 2-0 fairly soon after the first kick of the game, Hungary found themselves in the all-too-familiar territory when Juan Hohberg scored twice, first in the 75th minute and again in the 86th to take the semi-final to extra time.

As always, though, Hungary found a way – this time by way of thanks to two Kocsis headers. The knockout stages weren’t as plain sailing as the group stage for Sebes, who felt the absence of a prime Puskas immediately. Whether he was 100% fit or not, his glaring downfall in form was there for all to see. At the time, it was a problem of the past. Sebes and his Golden Squad were into Hungary’s second World Cup final in three editions.

The Miracle of Bern

This two-part series has shed nothing but light on a Hungarian squad that glistened behind the Iron Curtain. Sadly, all their hard work would come to nothing when they met old foes West Germany in the final. The end was near, a World Cup was on the line, and although they were up against opposition they thrashed 8-3 earlier in the tournament; their only defeat in 50 games between May 1950 and February 1956 would be the most definitive of the lot.

After eight minutes, the possibility of such tragedy was lost in translation, though.

Hungary got off to the best possible start. In the sixth minute, Kocsis’ blocked shot fell to Puskas, and the supposedly-injured striker (though he could not be assigned to one position) tucked away the opener. Just two minutes later, Czibor exploited a defensive misunderstanding: Kohlmeyer wrong-footed his goalkeeper Toni Turek and the Hungarian was gifted the chance to give Hungary an early 2-0 lead.

The Jules Rimet trophy was in sight for the Magical Magyars; they knew they could do it.

Within the tenth minute, though, West Germany pulled one back to keep Sebes within arm’s length. A goal from Max Morlock kept the dream alive, and a second for West Germany came in the 18th minute before Helmut Rhon scored his second of the night six minutes from time to wrap up the final. The trophy went the way of the underdogs, and to rub salt into the wounds, Puskás’ last-gasp equaliser was ruled out for offside.

It’s not by any means clear from the footage, and VAR wasn’t even a thought back then, but the goal looked more on than off, which added to the list of reasons that could be pinned to blame for Hungary’s late disintegration. While Hungary had to dig deep to make the final, West Germany’s route was much easier, leaving them with a lot left in the tank for one final hurdle. Additionally, the Swiss national battle-of-the-brass-bands was held in the town of Solothurn, where Hungary were based, the night before the final, and the players struggled to sleep.

Furthermore, Hungary were complacent. This was a new concept for the Magyars, who were so used to putting 110% into every match, no matter the score. Just when they needed to keep that effort up, they slumped. Obviously, this can’t have been helped by the needles found in the German changing room after the game. As much as the team doctor Franz Loogen claimed otherwise, the situation was sketchy.

After the loss in the final, Hungary were restored to magnum opus when they went on another 18-game unbeaten streak. But it was no good, they had their chance and blew it. The team went their separate ways, and a nationwide uprising brought about the final nail in the coffin.

Upon their return from the World Cup, the squad were ordered to a training camp in Tata for their own safety after scenes in Budapest were of grief and violence. Conspiracies swirled around faster than a cyclone of the squad throwing away the game in exchange for a Mercedes each. The abhorrent range showcased on the streets was a taste of what was to come in the next few years.

They are perhaps football’s best case study of nearly men. And since then, they have never had another look-in on the world stage. Although their recent showings against England in the Nations League may breathe life into the country’s hopefuls of future success, they remain a shadow of their Eastern Bloc selves. Hungary’s success was just another diamond in the rough under the totalitarian regime of the Soviet Union.