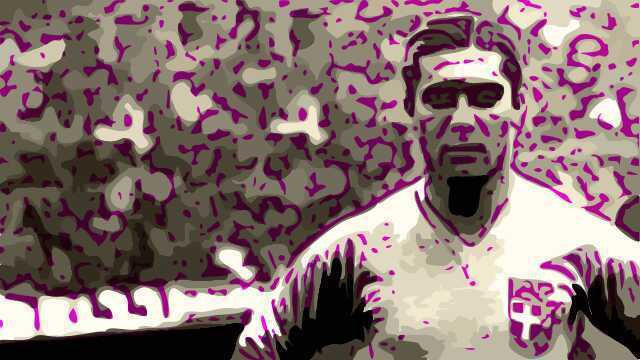 San Siro, or Stadio Giuseppe Meazza, holds a place in many a football fan’s bucket list. It certainly does in mine. That rippling atmosphere, its palpable. The weighty legend of those that have shone before is intertwined with every strand of DNA in the glistening verde carpet. Its a cauldron of footballing greatness that, in its prime, only grants victory to the finest of players. So, for it to be named after someone… They’d have to be quite the player – one of Milano’s ultimate generational personae. A true, unheralded genius.

A brief search online of that genius will show you that watching Giuseppe Meazza play football, was like listening to a fine piece of music. His play was nimble and versatile and at its best seemed simply intoxicating, scratching the itch on the brain like a remarkable Bocelli verse. In both native Italy and on a global scale, his legend echoes in the annals of football heritage. The city of Milan would of course see ‘El Phenomeno’ in R9, yet Meazza was Italy’s first true phenomenon. A virtuoso.

Giuseppe “Peppino” Meazza was born in Porta Vittoria, Milan on the 23rd of August 1910. He grew up in the capital of Lombardy with his mother, Ersilia. He had lost his father when he was seven, to the First World War, but his mother raised him well. In turn, he helped her sell fruit at the market. A young Meazza initially pressed play on his football passion at six years old and began learning his bare essentials whilst barefoot. A ball made of rags was the most humble of beginnings as the youngster started out on the streets with a team called ‘Maestri Campionesi’ (or the Masters from Campione).

At 12-years-old, his caring mother gave him her blessing to pursue a football career and he subsequently started out with Gloria FC. While with this side, the young boy received his first pair of football boots. So far, Meazza had always possessed a penchant for Milan, yet at 14 he was rejected by the Rossoneri for his small physique. He need not fear for long though, as his raw ability was instead accepted by bitter cross-city rivals Inter.

Despite Inter’s initial faith in the young prodigy, there were still doubters when Giuseppe joined the first team. Meazza was branded ‘il Balilla’ (The Little Boy) from more experienced teammate Leopoldo Conti. The striker couldn’t fathom how such a small 17-year-old got in. Had he missed something? He was surely too young to be involved with his seniors. Bemused that Hungarian manager Árpád Weisz had selected him to replace Conti for his debut, he seethed:

“No we even let the Balilla kids play!”

Now, regardless of the forward’s comparison to a member of the Opera Nazionale Balilla, a fascist youth organisation, Meazza burst on to the scene with such power. Conti was silenced as his inevitable replacement’s talent sung on the big stage. Against Unione Sportiva, Meazza was the pick of the bunch – scoring twice in the 6-2 victory. La Gazzetta dello Sport gushed and praised the teenager’s game as “intelligent, fresh, quick.”

Evolving into a deadly finisher

This debut was no flash in the pan as Meazza began his professional career with a raucous crescendo. In his first Serie A term, the 5’7″ danger man racked up a superlative 31 goals. With that 1929-30 tally, he still holds the record for most scored in a debut season. The next season confirmed he would be a goal magnet for years to come as he scored 31. He unleashed two five-goal games against Pistoiese (9-1) and Verona (9-0), respectively and would go one better against Venezia. In a 10-2 demolition, he got six!

Even the big sides weren’t safe, as Meazza was the star against A.S. Roma. He scored four, with his first three coming in the first three minutes of the game. He had an incredible scoring output that would see him surpass the 30 goal mark again in 1930-31, this time in all competitions. The career milestone of 100 goals was clinched a month before his 23rd birthday.

With a now seemingly fully evolved Meazza in the squad, Inter won three national championships in 1930, 1938 and 1940. The slicked back maestro also helped his side win its first ever Coppa Italia in 1939. Individually, a top scoring Meazza grabbed the Capocannoniere three times and after a highly consistent career, ended up the joint fourth in the Serie A all-time scoring charts. With Inter alone, ‘il Genio’ as the press dubbed him, scored 242 times in 365 appearances.

Beginning his career as an out and out striker or centre forward, Meazza played an important role in his career as the Mezzala or inside left forward. Earlier talk of evolution into a world class talent saw such skill at his peak. With a sheer offensive gift, he also proved himself capable in most positions from attacking midfielder to even centre midfield. There was a visceral knack for shooting, it was about placement and timing rather than brute force. Dribbling was second nature.

In a time dominated by physicality, Meazza’s qualities juxtaposed his era. He scored at near fox-trot pace and simply skipped past the most snarling of tackles. Goalkeepers were never safe, as the forward could convert from most situations – even in the air. His bending shots known as ‘a foglia morta’ (the dead leaf) were particularly feared too.

A blot on an otherwise flawless Inter reputation was when he moved on to rival and old flame A.C. Milan in 1940. However, by this time Meazza had become quite the national hero. This was obviously down to Inter, but also his world beating exploits with the beloved Azzurri.

Under the guidance of Vittorio Pozzo, Giuseppe was central to Italian success in the 1930s. As the men in blue won their first World Cup on home soil in 1934, he was named player of the tournament, impressing after playing in every game. Four years later, it was to be back-to-back World Cups. This time, Meazza stepped up as captain and again played every match.

In the final, Meazza was the catalyst against Hungary – setting up goals for Silvio Piola and Gino Colaussi. Italy made did concede but the Inter man was involved once more with a pre-assist as his side made it 3-1. Piola, who scored five goals at that tournament, later stated:

“At the FIFA World Cup, I mainly lived off Meazza and (Giovanni) Ferrari.”

The end of a fine career

Giuseppe Meazza ended his international days after a nine year stint. He left the national team, a beloved figure and had recorded an impressive record. With a total of 33 goals in 53 games, Meazza left as top scorer. Eventually though he’d be bested by Gigi Riva in 1973. This was news, the still-competitive man did not take well:

“That Riva is good. He scored a lot of goals against Cyprus and Turkey. Surely my goals were much more important.”

After that time of treachery with Milan, Meazza had also donned the strip of Juventus, Varese and Atalanta before he returned to Inter for the 1946-47 term. Here, was his last hurrah as a player coach, aiding a struggling Nerazzuri to league survival.

Following this, he took the coaching reins full time. He embarked on a managerial career that, although solid, wasn’t half as noteworthy as his legendary playing exploits. He’d go from Inter, to Beşiktaş. Pro Patria to even the Italy Olympic team. Like his playing time, he concluded back at Inter in 1955 – before retirement beckoned in ’57.

Giuseppe Meazza died on the 21st of August, 1979 of pancreas failure. He left behind him a marvellous career. Meazza is widely considered to be one of the best players of his generation and is rightfully thought of as among the greatest of all time, especially from Italy. Fittingly, a year after his death, San Siro was named after the forward.

Although Meazza the player, over shadowed Meazza the manager, he still had a key impact from the dugout. While at Beşiktaş, he became the first Italian to coach abroad. Furthermore, while serving as a youth coach for Inter, he took a young Sandro Mazzola under his wing. He was also key in developing Giacinto Facchetti. These two would be integral parts of Helenio Herrera’s all-conquering ‘Grande Inter’ of team of the 1960s.

A fitting way to end, seems with the quote from the Italian gastronome, wine critic and intellectual, Luigi Veronelli:

“I also saw Pelé playing. He did not achieve Meazza’s elegant style of playing. One day, at the Arena, I witnessed him doing something astonishing: he stopped the ball with a bicycle kick, elevating himself two meters from the ground. Then he landed with the ball glued at his foot, dribbled over an astonished defender, and then went on scoring a goal with one of his hallmark shots, sardonic and accurate to the millimetre.”