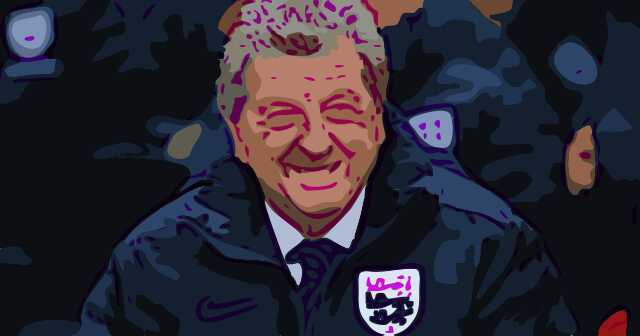 As the 2022 World Cup in Qatar draws ever closer, fans and players are building up in excitement for a tournament like no other. England go into the tournament with fresh memories of last year’s penalty shootout heartbreak against Italy in the final of the European Championships, with Gareth Southgate looking to take his team one step further and lift the illustrious trophy.

The Three Lions are still favoured by many bookmakers and pundits alike to go far in the tournament, an expectation which has coincided with Southgate’s reign, who has thus far taken England to a World Cup Semi-Final and European Championships Final in his six years at the helm. The last England manager to take a team that far into a tournament was Sir Alf Ramsey, when England famously beat Germany 4-2 to lift the Jules Rimet trophy at Wembley Stadium in 1966.

Many fans who criticise Southgate forget the 55 year wait to even reach a final, questioning the current manager’s credentials, stating that his sides have been outwitted and outsmarted in the big games due to his lack of experience in football management. Whilst Southgate’s only managerial experience prior to landing the England job was a three-year stint at former club Middlesbrough and three years in charge of England’s under 21 side, his predecessors have entered the England job with a wealth of managerial experience but failed to galvanise the squad.

Examples of this include the very short stint of Sam Allardyce, who was a fan favourite with 25 years of managerial experience, but was humiliated by a newspaper sting which ended his 67 day reign. Another example is Fabio Capello, the Serie A, La Liga and Champions League winning manager who was blessed with talents in his team such as Wayne Rooney, Steven Gerrard and Frank Lampard at the peak of their powers, but failed to take the national team past the round of 16 at the 2010 World Cup. These were managers with huge amounts of football knowledge and tactical nous that failed to deliver. The manager of England between these two names followed that same rhythm.

May 2012: Unveiling as manager

In May 2012, Roy Hodgson was unveiled as the successor to Capello, with the well-travelled manager putting pen to paper on a four-year-deal, assuming the role just before the 2012 European Championships took place in Poland and Ukraine. Notably, there were two main front-runners for the job at the time, with Hodgson and Harry Redknapp touted to take charge by the English press and fans alike. Former chairman of the FA, David Bernstein explained to the media at the time of the announcement;

‘’Roy was the only manager we approached for the position, and we believe there is much to look forward to, making this an exciting time for us all.’’

Many fans were surprised at the appointment, with Hodgson leaving his post at mid-table West Brom to take charge of the Three Lions. Despite his shortfalls at some of the world’s biggest clubs such as Inter Milan and Liverpool, the FA had full faith that Hodgson was the man to bring the glory days back to the national team. Armed with a staggering 36 years of managerial experience at 18 teams across eight different countries, the manager was certainly a man full of wisdom and know-how, but the appointment did come as a shock, even to the players. Many ex-internationals have gone on record to express their surprise at the decision, stating they believed that  Redknapp would be the man to take over, with Rooney putting out this tweet in 2012 after the resignation of Capello;

“Gutted capello has quit. Good guy and top coach. Got to be english to replace him. Harry redknapp for me.”

A month into the job, Hodgson was already preparing an England side for his first major tournament. Friendly wins against Norway and Belgium yielded some optimism from the fans and press, but many believed it was a huge ask for Hodgson to achieve glory at the European Championships, with such short time to prepare, the ‘Golden Generation’ reaching its end and many key players absent through injury.

The first game arrived and England produced a 1-1 draw with France, with Joleon Lescott’s first-half header cancelled out minutes later by a Samir Nasri strike. The next match saw England secure their first win of the tournament, beating Sweden 3-2 in an enthralling contest which saw Andy Carroll, Theo Walcott and Danny Welbeck score the goals to seal the game. England topped Group D by beating hosts Ukraine 1-0 in Donetsk thanks to a second half Rooney strike.

All of a sudden, there was an air of optimism around England’s chances in the tournament, progressing to the quarter-finals, where Hodgson’s men would face off against Italy in Kyiv. The Italians had finished second in their group, with eventual winners Spain finishing above Cesare Prandelli’s side in Group C. The contest was close, with each team defensively resolute resulting in a goalless draw after 120 minutes. Penalty kicks were needed to settle the tie, with England’s famously woeful record in shootouts on show. Riccardo Montolivo missed Italy’s second penalty, but England proceeded to miss both their next penalties, with Ashley Young and Ashley Cole failing to convert meaning Italy were through to the semi-finals. Italy met Spain in the final, but the Spaniards proved too much to handle, winning 4-0 in a dominant display.

In the aftermath of the tournament, England rose to third in the FIFA World Rankings, their highest ever position since the rankings were introduced in 1992. This was a small victory for Hodgson, but more was expected as the Three Lions headed to Brazil for the 2014 World Cup.

As Hodgson and his squad travelled to Brazil for the World Cup, the England boss was excited about his team’s chance at the tournament, stating to The Guardian at the time of the squad announcement;

“I believe the squad can win the World Cup.”

How wrong he was.

The squad consisted of experienced players from previous tournaments such as Rooney, Gerrard and Lampard with a blend of youth as promising teenagers such as Ross Barkley, Luke Shaw and Raheem Sterling were selected. The team on paper looked distinctly average, with players such as Ben Foster, Leighton Baines and Rickie Lambert selected, players who had a wealth of experience in England’s domestic leagues, but were perhaps not good enough to make the grade on previous occasions. Hodgson hoped the mixture of youth and experience could prove fruitful in Brazil, but ultimately this plan did not come to fruition.

England’s first game was against the last team they played at an international tournament, Italy. Juventus’ Claudio Marchisio scored the opener on 35 minutes, but the in-form Daniel Sturridge hit back two minutes later with a goal of his own. England applied the pressure, but ultimately crumbled as Mario Balotelli slotted past former Manchester City teammate Joe Hart in the second half to seal the win for the Azzurri.

England’s next game was against Uruguay, spearheaded by the prolific duo of Luis Suárez and Edinson Cavani. There was a major concern that England could crash out of the tournament before the knockout phase, and this fear was confirmed as a Suárez brace dumped England out of the tournament, losing 2-1 at the Arena de Sao Paulo. A 0-0 draw with surprise group winners Costa Rica followed, as England finished bottom of Group D and were eliminated at the group stages for the first time since 1958. Speaking after the tournament, Hodgson stated to Sky Sports;

The 2016 European Championships in France was the last tournament Hodgson was contracted to and if Hodgson was to convince the FA and the public that he was still the right man for the job, success must be delivered.

Going into the European Championships, England won all ten of their qualifying games, only conceding three goals along the way. This sparked a renewed sense of optimism in the country, with breakout stars also being selected to represent the country in this tournament such as Jamie Vardy, Marcus Rashford, Eric Dier, Harry Kane, John Stones and Dele Alli. This squad had an exuberant feel to it, different from before as fresh faces were handed the chance to represent the country and bring success to the national team.

England fans travelled to France in significant numbers, and the first game would see Hodgson’s men take on Russia. Dier scored a second half free kick which looked likely to settle the game, but Vasili Berezutski grabbed a last-minute equaliser to secure a point for the Russians.

The next game saw England face rivals Wales, a hotly contested affair which saw Gareth Bale give Wales a first half lead, wrongfooting Joe Hart with an excellent free kick. Substitute Vardy hit back for England ten minutes after the interval, and fellow sub Sturridge clinched the winner in added time, sparking jubilant celebrations across the country. A goalless draw with Slovakia followed, and England finished second in Group B, with Wales ultimately topping the group.

England were handed a round of 16 tie in Nice against European Championship debutants, Iceland. Many thought that England would prove too much for a nation with a population the same size as Sunderland, but the Nordic nation caused a seismic shock.

Rooney’s spot-kick gave England a fourth minute lead, but Iceland hit back two minutes later as Ragnar Sigurðsson levelled the game. Kolbeinn Sigþórsson gave Iceland the lead on the stroke of half-time, clipping the ball past Hart to spark jubilant celebrations. England failed to muster any kind of response, leaving Hodgson’s position as England manager untenable after one of the darkest days the national team has ever seen. Many pundits and personalities were quick to criticise the performance, but these same pundits were the ones who turned their noses up at Iceland before a ball had even been kicked. BBC Sport’s Alan Shearer stated before the game that defat was ‘unthinkable’, but was left after the game stating the defeat was ‘the worst performance he had ever seen from an England team’.

In a press conference following England’s elimination from the tournament, Roy Hodgson resigned as England manager, stating to The Guardian;

‘’I don’t really know what I am doing here. I thought my statement last night was sufficient.

“I’m no longer the England manager, my time has gone but I was told it was important that I appear here.’’

Hodgson’s tenure was littered with failings from start to finish and despite his wealth of experience and talent managing teams across Europe, the manager failed to galvanise the team and get tactical decisions right in key stages of important games. Hodgson won three out of eleven games at international tournaments, a number which is incomparable to the record of current England boss who boasts nine wins in thirteen games across two tournaments.

There are many critics for the current regime heading into Qatar, but fans must remember about the past and the humiliations the national team has suffered over the years, compared to now and the last two major tournaments where England came mightily close to going all the way. There is also now a wealth of talent which didn’t exist before, so fans should be optimistic heading into the World Cup and think that maybe, just maybe, this current crop of players can do it.