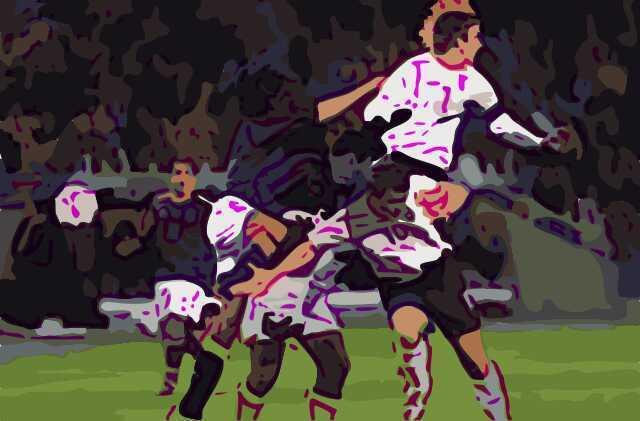 England and Argentina share a rich history as two of the oldest footballing sides. The animosity between the two was initially forged through the Falklands War conflict in 1982. That 86’ quarter-final, immortalised by the two acts of El Diego Maradona: the first the “Hand of God” and the second, the “Goal of the Century”.

In the 1998 World Cup, the two sides would meet again in the round of 16 and tensions would arise once more. As Beckham readied himself to receive a bouncing ball Diego “El Cholo” Simeone would jump into the back of the Man United star. The England star from the Eastend would catch the bait and flick his boot at Simeone’s leg, the red card flashed at young David. Typically, England would lose the game on penalties.

In the 2002 World Cup Beckham would avenge England; scoring a penalty just before halftime in the group stages against Argentina, as Bielsa’s Albiceleste would crash out of the group stages. The latest show down to date between these two old foes would be on the 12th of November 2005 as a mere friendly. However, this match would leave a lesson each for Argentina and England, taught by Juan Román Riquelme…

The venue: Geneva. A neutral setting for the tense, bitter rivalry between these two nations. England’s lineup was littered with stars from their “Golden Generation”. John Terry and Rio Ferdinand the centre back partnership, Becks on his right flank, Frank Lampard partnering the centre midfield with Ledley King, and Steven Gerrard pushed out to the left flank. Starboy Wayne Rooney partnering with experienced international sharpshooter Michael Owen.

All these Premier League stars were dominating their domestic and European competition at club level, but on this night, they were all outshone by Argentina’s number 8, Juan Román Riquelme. A reject and unwanted by Barcelona, yet found once more at Villareal, he possessed such sophistication in his ball control and dictation of that round object. He wandered on that green carpet, the ball would arrive to him in any capacity, rifled in, floated in, bouncing in, and no matter the condition of pass, that round object would be cushioned by the feet of her new master. The following are anecdotal moments of  Riquelme running the show against England’s “Golden Generation”.

00:00 – An Argentine start. The ball passed to Riquelme just outside the centre circle. Often a player will hoof the ball deep into the opposition’s half, “pinning them back”, a very English tradition. Riquelme refused to give up the ball, casually passing it to a teammate.

04:20 – Juan Roman surpassed Wayne Bridge with a deft touch, taking aim with the space he afforded himself. Paul Robinson parried it away. Alarm bells rang as Riquelme displayed the ease of access to England’s goal.

08:30 – Román received the ball in the centre of the pitch, protecting his round toy with his body from a rushing Lampard. Shielding and shifting, Super Frank was forced to bring the Argentine down with a slide tackle from behind, drawing a free kick.

11:45 – a freekick from twenty-five yards to the right. Riquelme’s trademark delivery: a combination of pace and accuracy to meet Hernan Crespo’s head.

30:08 – Riquelme jogs casually towards the ball slowly rolling out of play after pickpocketing the ball of right-back Luke Young. Adjusting his body as if returning the ball back deep into the defence of Argentina, Young assumes the direction. Riquelme drags the ball behind with his sole in the slowest of moments. Young can do nothing but crash into him. Free kick to Argentina.

33:46 – Riquelme taps the ball away from a typical Rooney tackle. Pushing the ball forward deep into England’s half, he picks out Carlos Tevez, who evades Gerrard and plays it wide for Maxi Rodríguez to cross. The ball is met again by Crespo.

37:57 – an Argentine defensive error allows the ball to bounce to a young Rooney who slots a half volley into the goal.

44:11 – “I’ve been so impressed with Riquelme, people just can’t get near him.” Commentary knows

47:12 – Riquelme receives the ball in the inside left position, striding towards goal. Yet another white shirt rushes to attempt a slide tackle on the Argentine. Riquelme simply dinks the ball over Terry’s attempt and jumps over the Chelsea superstar. Hitting the bouncing ball, it flies just over the crossbar…

55:15 – a freekick from around 25 yards, Riquelme strides up and chips the ball with enough pace, completely befuddling the English. Martin Demichelis greets the ball and pushes it goalbound, Walter Samuel confirms the inevitable.

66:53 – Esteban Cambiasso plays a hefty pass, awkwardly around hip level and probably not meant for Riquelme to greet. Nevertheless, it is now his ball. He leaps, with an outstretched leg to retain it, killing the pace. Joe Cole wishes to take Riquelme’s toy with a very English slide tackle. Riquelme approaches the ball and rolls it behind him with the sole of his boot. Whistle blows. Free kick Argentina. Cole didn’t touch the ball as he brought down the Argentine.

82:57 – A failed Lampard clearance cut out. The ball bounces to Riquelme. On the half turn, he’s met by another rash slide tackle from Terry. Riquelme simply passed the ball through his legs with enough pace to break the English backline that stood behind. The ball arrives with Javier Saviola, who with a better touch would’ve been alone with Paul Robertson in the English goal. Though the touch is poor, and the ball is scrambled away by the goalkeeper.

84:05 – The footballer’s death bell, the electronic board goes up… Number 8 off, number 16 on. Riquelme looked to the ground as he trudged off. His game was done. He was denied the opportunity to see out a win against the Old Enemy. He looks back one more time to see what he’s leaving behind…

84:23 – “Well I think every England supporter and England coach and the England team will be happy to see Riquelme come off the pitch”

86:48 – The ball bounces to Gerrard. He pushes the ball down the right before whipping in a perfect cross. Owen heads the ball into the Argentine net.

90:55 – Cole approaches Maxi Rodríguez and produces flair that was rarely witnessed in those white shirts in this period. Maxi can’t stop him. Cole dinks the ball to greet the run of Owen. He leaps and heads the ball past the Argentine keeper, Roberto Abbondanzieri.

England bested Argentina in the dying minutes of the game. The control that Juan Román Riquelme had kept throughout the game was undone. His substitution lost Argentina the control that had starved England of any momentum to build attacks. They struggled as they chased shadows until eighty-four minutes and five seconds passed on the clock. Argentina’s two goals also originated from Riquelme’s play.

What you have read was merely showreel material from Riquelme; he was the reference point for every Argentine play and his substitution left his teammates to scramble.

While England won the game, they missed the point and would continue to lose as a consequence. That night in Geneva, Riquelme was the ‘Ghost of Football’s past, present and future.’ Talented playmakers had bested England many times and would continue. You just have to look:

England were not alone in forgetting their lessons: Jose Pekerman, Argentina’s manager, would repeat the mistake of taking off Riquelme in a tight lead. Instead of in a friendly, it would come in the 2006 World Cup. Riquelme was donning the number 10 shirt instead of the 8. Argentina were one of the teams of the tournament, with Riquelme the heartbeat. A 1-0 lead against Germany in the quarter-finals, he was taken off after seventy-two minutes. BastianSchweinsteinger would score eight minutes later. Germany won on penalties.

To conclude there are two teachings of this tale:

The first is that until England learns to nullify playmakers, or perhaps offer the platform for native playmakers to flourish and control football matches, they are liable to fall into the same trap they’ve naively stumbled upon so often.