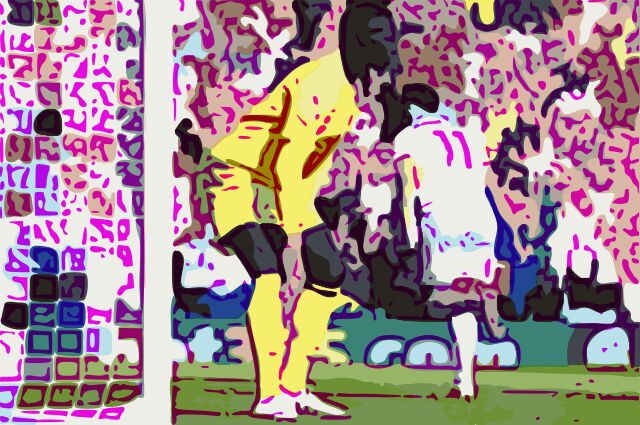 Here we are again at the end of another Premier League weekend, and you’ll be delighted to note that Manchester United don’t get another match-related hammering today – mainly thanks to the fixture computer throwing them against Liverpool on Monday night which makes it editorially impossible to review their defeat. That said, go back and read last week’s column where they had the day off against Brentford and you’ll find that most of it is probably still relevant.

No United, but we’ve got Harry Kane scoring more August goals than ever before. We’ve got Jesse’s Leeds Marsching past Chelsea. We’ve got King Klopp going all Sunday league, demanding the points if protests mean the game at Old Trafford cannot be played. We’ve got Eddie wondering Howe he failed to beat a top team again. And we’ve got Arsenal with Jesus leading the almost complete resurrection – bottom after three games last season, top after three this.

There were times at Elland Road where it looked like Leeds had more players on the pitch than Chelsea – and I’m not just talking about the last ten minutes after Koulibaly didn’t fancy chasing young Joe Gelhardt back towards his own goal.

They pressed, they bullied, they probably made Graeme Souness groan with pleasure. Mendy had a bit of a moment which really didn’t help Tommy T’s team but they looked absolutely miles off it. How many games do you think it will take for everyone to agree that Raheem Sterling down the middle isn’t actually much better than Romelu Lukaku?

Tuchel ended last weekend raging. He ended this one sounding like a man who might be wondering what the point of it all is under the new owners. There’s been a lot of great PR but when you boil it all down, they’ve bought Sterling to play out of position. They’ve splashed a lot of cash on a 30+ Koulibaly who was prepared to throw the towel in when it all got a bit difficult, knowing full well they have no central defenders. They’ve made Marc Cucurella one of the most expensive left-backs ever, even though they have Ben Chilwell.

Boehly et al are keen to make Wesley Fofana the most expensive central defender ever, yet if they cannot get him they are considering making a move for Harry Maguire of all people – no wonder Tuchel sounded like he could happily jack it all in. At this rate, they’ll end up the third-best team in London.

But what’s that? Miguel Almiron taking Jack Grealish’s words, creating a lovely little Paraguayan dish and making him eat them? Yes, siree. Almiron levelled it after Gundogan have City the lead – then ASM dazzled and got the second and Kieran Tripper took as back to that World Cup semi-final free kick as he made it 3-1. That woke the champs up a bit, as they quickly got it back to 3-3 – you know who scoring as well as soon-to-depart-if-Barca-can-cheat-the-system-again Bernie Silva.

Grealish was “injured” incidentally, surely not avoiding the warm Geordie welcome he was guaranteed?

Maybe Arsenal should have got that documentary out earlier? They beat Bournemouth 3-0, Gabby Jesus channelling his inner Ronaldo (the Brazilian original) and running past Cherries for fun. It was new skipper Martin Odegaard who put them 2-0 up early before Saliba scored the best goal ever by a player called William wearing a Gunners shirt ever. You certainly didn’t see Sol Campbell or Tony Adams doing that.

In the game previously and briefly known as the Nuno derby, Kane headed the winner for Antonio Conte’s dogs of war. He never used to score in August, remember – the Italian clearly is a magician. On the subject of magic, he’s also made Heung-Min Son disappear.

If you’d offered David Moyes being one place lower than United in the Premier League at the start of the season, he’d have probably taken it. Context is a funny thing.

The Hammers lost 2-0 at home to Brighton and whilst most people would back the Moysiah to figure it all out, he needs to quickly. All the alleged relegation fodder are playing much better than they are.

Whilst I playfully suggested Tuchel might be on the verge of quitting Chelsea, I don’t actually believe he will be the first manager to leave his position this term – my money is on one of Steven Gerrard, Frank Lampard and Brendan Rodgers.

Stevie G is under pressure – any manager that convinces his board to sign Philippe Coutinho and then has the start they’ve had is going to be. Villa led at the Palace but then Patrick Vieira (who I tipped to last less time than Frank de Boer I seem to recall) saw Wilf Zaha turn on the afterburners and turn the game around.

Palace are a proper side – full of pace, invention and value. Villa, not so much – and they are now trying to sign Watford’s Sarr. That’ll be the manager signing his resignation letter then.

As for Lampard, he saw the Ev get a late and possibly undeserved leveller against Forest at Goodison Park. If Villa are seeing little return on their big transfer investments, Everton are worse – and if they do flog Anthony Gordon to Chelsea for £50m, you know they won’t spend it that wisely. Spending money wisely? Well, Forest are up to in and around 47 signings this summer and they seem to be gelling relatively well.

Brendan Rodgers though, he must be regretting not taking one of the offers that came his way last year. Leicester are the only team in the world not to have made a signing and he had two of his best players out of the side because their heads are being turned by Arsenal and Chelsea. No Tielemans, no Fofana, no win. Southampton won away, and that’s as rare as a Leicester signing.

Big Mitro is having a lot of fun on the Premier League rollercoaster. He followed up an opening-day brace with a penalty miss last weekend, before scoring a late winner against Brentford on Saturday. It was classic Mitro, that far post header. Brentford got quite the reality check having stuffed United last time out – it cannot be that easy every week.

Speaking of United, it is impossible to let a whole column pass by and not reflect on their week.

As we know, they have a multitude of problems on the pitch which need to be solved off the pitch with the signing of better players and, ideally, better owners. Plenty of chat happened around both.

I’d love to be a fly on the wall in their recruitment meetings, they must be entertaining. Having finally given up on Frenkie de Jong, a progressive passer of a midfield player, they’ve flipped their attention to Casemiro – Real Madrid’s 30-year-old destroyer who they will pay big money to sign and big money to play. Is he better than McFred? Of course. Is he the answer? Maybe to one standalone question in the short-term. In the last seven days, United have also been linked to Antony (again), Christian Pulisic, Gapko, Yo-Pierre, Leroy Sane and more. Jamie Carragher nailed it when he said it was like the club bottom in January hitting the panic button and playing supermarket sweep.

In terms of ownership, Michael Knighton (the guy who tried to buy the club in the 80s, juggled the ball on the pitch at Old Trafford before realising he didn’t have any money and buying Carlisle instead) claims he is trying to buy United with a group of investors. I’m going to put my neck on the line and suggest that won’t happen.

Ineos billionaire Jim Ratcliffe, the guy who missed the deadline for buying Chelsea, has also publicly boosted his profile by saying he’ll buy it – the only issue being, it’s not for sale.

Just think, three points against Liverpool and all these problems disappear….