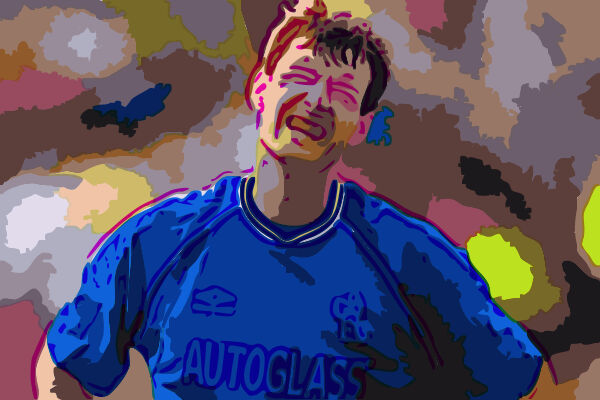 With Chelsea having claimed their second Champions League title last season with a 1-0 win over fellow oil-rich Man City, this season threatened to be one of great potential. It began with much promise, before fizzling to a disappointing end as Chelsea trudged into third place, claiming ‘the best of the rest title, some 18 points behind Jurgen’s gegenpressing reds and 19 behind Pep’s footballing machine.

Whilst it wasn’t a particularly memorable one on the pitch, it certainly was off it as Putin’s invasion of Ukraine set off a chain reaction that would see Chelsea without Roman Abramovich at the helm for the first time in almost two decades as he was forced to sell the club following a multibillion-pound freeze on his assets.

When Thomas Tuchel had succeeded Frank Lampard at the end of January 2021, he had done an excellent job putting his own stamp on the young side in his short time in charge, propelling the Londoners from ninth in the table and guiding them to a Top 4 finish and Champions League glory without making any of his own signings. He was, however, disillusioned with Timo Werner’s ability to lead the line, as the German had failed to regain his Leipzig form, scoring just six in 35 games in his debut season.

This led to Tuchel often selecting Kai Havertz as a false nine, shifting Werner out onto the wing to use his pace to get in behind opposition defences. Deciding he wanted a focal point for his 433 formation though, he cast his eye over to Italy towards a certain Romelu Lukaku, who despite leading Inter to their first Serie A title in eleven years could not resist the romance of a return to the Bridge. Supposedly maturing during his time away, he was finally ready to be anointed the heir to Didier Drogba’s heavy crown, as had been anticipated ten years earlier when he had been plucked from Anderlecht as an 18-year-old prodigy.

The homecoming got off to a perfect start, with Rom scoring in the first game of the season against Arsenal amidst a dominating performance, before he added to more against Villa two games later. All talk was of how Chelsea had signed the missing piece of the jigsaw, and Chelsea looked ready to turn the title challenge into a three-horse race.

The fairytale quickly turned sour however, with Lukaku failing to score in his next eight games. Whilst he would add a couple more, he would finish the season with just eight league goals, falling out of favour with Tuchel and would start just 16 league games amidst a year-long flirtation with ex-flame Inter. With rumours already circulating of his seemingly imminent exit, Lukaku looks certain to join the long, long list of big-money strikers that failed to hit the mark during the Abramovich regime. Whilst some have been more successful than others, the vast majority have flattered to deceive, and Lukaku will join the likes of Shevchenko, Morata, Mutu, Torres and Crespo as failing to score the goals to justify their massive price tags.

Whilst this has been a common theme since Abramovich bought the club for £140million from Ken Bates in 2003, Chelsea’s unfortunate knack for overpaying for strikers that couldn’t hit a cow’s arse with a banjo began a couple of years earlier.

Back in the summer of ’99, inspiration for Bryan Adams’ long-awaited follow-up hit, Chelsea splashed an eyewatering £10 million on Chris Sutton. Whilst it may not seem like much now, it would be the equivalent of £81million in today’s money according to The Athletic, with Thierry Henry and Emile Heskey the only strikers to join Premiership sides for more that season.

A key member of two iconic 90’s sides, Sutton was part of the Norwich team that famously knocked Bayern Munich out of the UEFA Cup, scoring 25 Premiership goals during the 93/94 season. Sutton then became the most expensive player in British football after a £5 million move to Kenny Dalglish’s Blackburn, aged just 21, which saw him forge the much-acclaimed SAS duo with Alan Shearer, who combined to score 49 goals and fire Blackburn to the Prem title during their first season together.

The following season, due to a combination of injuries and loss of form, saw Sutton make just thirteen appearances, without scoring a single league goal. Whilst Sutton must have been delighted to see the season end, there was further disappointment to come, as his partner in crime left to join his boyhood Newcastle for a world record fee of £15 million.

Stepping up to become the undisputed main man at Ewood Park, Sutton still had some injury issues but did manage to score 11 goals in the 26 league games that he featured in, with Blackburn trudging to a 13th placed finish, the lowest since their return to the big time in 1992. The 97/98 season saw Rovers, and Sutton, fare better, as he fired them into the UEFA Cup with a sixth-place finish. Sutton’s eighteen league goals saw him crowned the joint-top goal scorer, alongside Dion Dublin and Michael Owen.

This was to prove to be just a final hurrah, as Blackburn’s descent from Premiership champions continued, and they would suffer the misfortune of relegation at the end of the season. Sutton again failed to find form amidst another injury-hit season, scoring just three goals in 17 games, forced to watch on helplessly from the sidelines.

Seizing his opportunity, Gianluca Vialli quickly pounced to snap up the 26-year-old Sutton, beating off competition from Spurs and Arsenal. Whilst it was true that Chelsea needed a new frontman to lead the line, the signing of the big target man was met with raised eyebrows in some corners who doubted his ability to fit into Chelsea’s slick passing style of football that had been heavily influenced by their influx of continental stars.

Those that were sceptical were quickly proved to be correct, with Sutton unable to get onto the same wavelength as the likes of Gianfranco Zola, Roberto Di Matteo and Gustavo Poyet. Whilst Sutton possessed the trademarked ‘good touch for a big man’, much of his success throughout the years had come from providing knockdowns and winning flick-ons for the likes of Shearer to get onto the end of. A masterful header of the ball, he had begun his career at Norwich as a centre-half before being converted into a striker. Chelsea knew his strengths, but they also should have seen his limitations, and known that he would fail to gel with their style of play.

This was evident from the offset, as he started and struggled in the Blues’ first game of the season, a 4-0 hammering of Sunderland. Dragged off after 73 minutes, he was replaced by the equally lanky Tore Andre Flo, who took just four minutes to do what Sutton had failed to, hitting the back of the net with a bullet header from close range. The game was sealed by a sublime Poyet volley after a delightful Zola scoop, further emphasizing just how high the quality of football could be at times at the Bridge, and just how far off the pace Sutton was.

Whilst Sutton did manage to get off the mark next time out, grabbing the third in a comfortable 3-0 victory over Latvian side Skonto FC that ensured Chelsea qualified for the Champions League ‘proper’, he would struggle for playing time after this, managing 90 minutes just twice over the next nine games, still failing to hit the back of the net.

It wasn’t until Chelsea’s tenth game of the season that he would break his duck, in a surprising 5-0 thrashing of Manchester United. Expectations around West London were high, and it was hoped this goal would prove the catalyst for Sutton to regain confidence and begin smashing the goals in, but they were brought down to earth with a bang. Sutton hit blanks in each of the next three games, despite playing 90 minutes in them all, as Chelsea lost in consecutively to Liverpool, Arsenal and Derby.

From there on out, Vialli’s patience ran thin with his striker, who was reduced to just a bit part role and looking a mere shadow of his former self. Flo cemented his position as the ‘one other’ alongside diminutive magician Zola and would end the season with 10 goals. Sutton would manage to complete 90 minutes just four more times that season and would finish the season with just the one league goal to his name as Chelsea finished in fifth place.

With Sutton bereft of confidence and looking unlikely to resurrect things at the club, Vialli decided to flog the target man north of the border to Celtic for £6 million, almost half the price they had paid for him just a year earlier. Whilst Sutton would go on to regain his goalscoring touch for Celtic, forming a prolific partnership with Henrik Larsson, he wouldn’t manage to ever add to the solitary England cap he had picked up against Cameroon in 1997.

It would become a common theme, Chelsea signing strikers in the prime of their careers, struggling with the pressure or the system, and causing them to lose confidence, leading the club to cut their losses on them, leaving for a fraction of what they had been signed for. Chelsea looked to be run more efficiently than the mid-00’s, when they would lose money on virtually every big signing they made, but with £100million man Lukaku clearly unhappy and having forced through a temporary return to Inter Milan, history may very well be in the process of repeating itself.