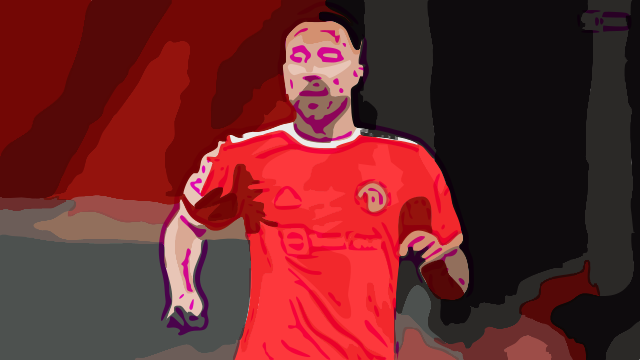 Another seven days of football life has passed us by and so much has changed in this short period of time.

Manchester United fans are dreaming of the Premier League title after they beat Liverpool 4-0 in a game that will possibly go down in history. Funnily enough, King Klopp wasn’t that bothered about the defeat given it was a pre-season friendly abroad purely designed to make money.

Mind you, United had more than just a pointless game of football to get excited about. After a very slow start in the window, things are hotting up at Old Trafford. Christian Eriksen has foolishly opted to move from Brentford where he had everything set up around him. At United, he has one or two egos to contend with and could well fade into the background which would be a bit of a waste.

Erik ten Hag has also identified the fact that he needs a new back four and has sorted out half of it. The young defender from Ajax is to be joined by a slightly older defender from Ajax – you know, to join Eriksen who used to play for Ajax under United’s new manager who used to coach Ajax. Lisandro Martinez is a left-sided centre-back who’s signing has no link to Harry Maguire probably being stripped of the captaincy this coming season.

Ten Hag is still pushing for Frenkie de Jong who, he believes, really wants to move to Manchester. Where did Frenkie used to play before Barcelona? Bands getting back together, and all that.

Let’s stay with facts rather than fiction at this point.

Some other interesting deals happened last week – Brentford went all clever again and signed Hull’s Keane Lewis-Potter who is very, very good. If the Bees can keep hold of big Ivan Toney they will be fun to watch going forward again.

Chelsea finally unveiled Raheem Sterling who reminded us that he was just a boy when he left London and now he returns a man. A man with several trophies in his cabinet and Tommy T will be hoping there are more to add. The Blues also finally nabbed Kalidou Koulibaly from Napoli, about six years after he was first linked to the Premier League.

Leeds United waved goodbye to Raphinha who finally got his wish to move to the very broke Barcelona – they followed the £50m signing by splashing the same on Lewandowski. Move along, nothing dodgy in the books here.

On the rubbish rumour side of things – well, Nathan Ake is likely to be handcuffed to the Emptyhad a little longer meaning that Chelsea won’t be able to pay double what they sold him to Bournemouth for. Instead, Tuchel will look to bring in yet another perenially linked to the Premier League defender in Jules Kounde or some kid from PSG that I probably should have heard of.

If Mathijs de Ligt gets his way, he’ll be playing in Munich next season and this could be very bad news for Mikel Arteta. Juve would like Arsenal’s one decent centre-back to replace him and have decided that is Gabriel.

Despite having more left-backs than hairstyles, Arteta is interested in Man City’s Zinchenko. Apparently he likes the fact he can be used in many different ways, unlike his hair.

Leeds need cover for Patrick Bamford as he is likely to break down again at any moment. They want another PSG player I’ve never heard of. No, not Neymar. Mind you, I’m sure they’d like Neymar but it’s pretty unlikely.

Also on the Elland Road radar is Juan Mata – is Mata so damn nice that he can make the move from United to Leeds without anyone batting an eyelid?

Frank Lampard needs reinforcements or Everton are just going to be as rubbish as last season. To improve that, he’d like a winger with absolutely no end product – Adama Traore wasn’t taken by Barca in the end and Wolves don’t want him so Goodison does make sense.

Eddie Howe has been bemoaning the prices quoted when Newcastle come a knocking. They’ve not really had the window they hoped for (yet) and aim to improve that by signing Chelsea’s Callum Hudson-Odoi – surely ranked between 8 and 12 on the list of current Chelsea wide options.

He’d also like Real Sociedad’s Ibra-lite to lead their line next campaign. Alexander Isak could be tempted to St James’ Park.

After Lewa left Bayern, their CEO was heard talking up Harry Kane as a quality player and someone they’d quite like to see in Munich sometime soon. That’ll please Conte.

The irritable Italian would rather see Memphis Depay add to his attacking options, but the Dutchman quite likes it in Catalonia.

Understandably, David Moyes likes the look of Chelsea loanee Armando Broja – West Ham will test Chelsea’s desire to loan him out again by asking to buy him for £25m.

Finally, both United and Chelsea are keeping an eye on Lens’ attacking right-back Jonathan Clauss. Let’s just hope he has a reasonable release clause, eh? Yep, we’re ending on that high note today…