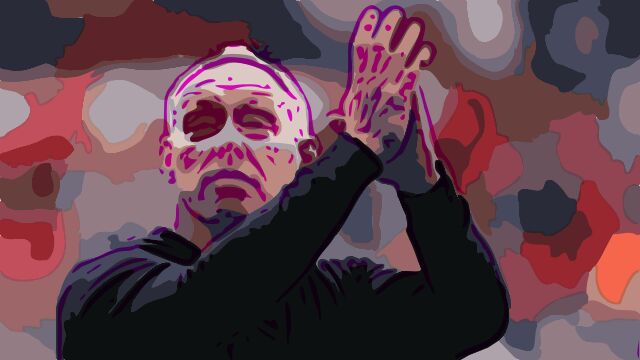 Welcome to yet another seven days of football transfer rumour in the Premier League. Has much moved forwards? It doesn’t feel like it with so many of the same players being linked to the same clubs but actually (dramatic pause), there’s been some pretty interesting transfer action.

We go back to the start of the week where Nottingham Forest continue to business that can be filed under “OK, that feels intelligent”. Giulian Biancone of Troyes is a right-back who can play centre-back as well and comes to the City Ground for £5m.

Monday saw some big cash splashed as Kalvin Phillips donned a City shirt for his big unveiling – his £42m signing being covered by Gabby Jesus heading down the motorway to the Emirates for £42m.

Fulham finally got out of the headlock they were put in by Joao Palhinha’s agent and signed the Portuguese holding midfielder for a cool £17m. Apparently, he’s quite good. Down the road, Chelsea waved goodbye to Andreas Christensen who moved to Barcelona – not pulling out of the deal late in the morning and disrupting Tommy T’s plans.

Tuesday was the day a cult hero officially left the building – Divock Origi leaving Liverpool for AC Milan means that Everton fans are hoping they might sneak a draw in the next derby.

Last week, we called out Manchester United for not getting anything done despite having their new coach in place before last season even ended. Obviously, by the time you actually got to read the column their social media team had done something witty and creative announcing the arrival of left-back Tyrell Malacia.

Brice Samba, pivotal in Forest becoming a Premier League side again, has quit whilst he was ahead and signed for Lens in France.

Forest were in action again on Wednesday, picking up some value in central defender Moussa Niakhate who joined from Mainz. He’s possibly another Bulibargain for the Tricky Trees.

Leeds didn’t grieve for Phillips for too long – they announced the signing of Jesse Marsch alumni Tyler Adams for £20m. Unheard of defensive midfielder Romeo Lavia moved to Southampton from Man City’s academy for £17m too.

This time last season Flynn Downes was being eyed up by lower-level Championship clubs before arriving at Swansea City. Next season, he’ll be wearing the claret and blue of West Ham after the Moysiah felt £12m was a fair price. That’s not a bad Thursday if your name is Flynn Downes.

Leeds spent the rest of the Phillips money on Colombian winger Luis Sinissterra who is either Raphina’s replacement or a very good ally for the Brazilian on the other wing.

It was “one in one out” for Spurs on Friday. They finally got shot of Steven Bergwijn to Ajax before bringing in Barcelona’s Clement Lenglet on loan from Barcelona – yes, that is a very Antonio Conte move.

Saturday was Brentford’s day – pipping the Arsenal to young Scottish right-back Aaron Hickey who has been playing in Serie A for Bologna.

Joe Aribo came back south of the border, leaving Rangers and their pursuit of being the best team in their city to join Southampton for £6m.

As for Sunday, welcome back to Forest who had taken a few days rest – Omar Richards, a surprising signing by Bayern from Reading a year ago returns to the Premier League for just under £10m. He could well be the signing of the summer, and not just for Steve Cooper.

So that is all the fact – what about the fiction?

Raheem Sterling is closer than ever when it comes to returning to London – he will be a Chelsea player early next week. Take note United, this is what signing your top target quickly looks like.

Speaking of United, they are sure they’ve convinced Christian Eriksen to join them but Brentford aren’t convinced. Ten Hag has also told the board that if Ajax want more money for Lisandro Martinez and Antony, then he’d like that to happen, please. And the same with Frenkie de Jong.