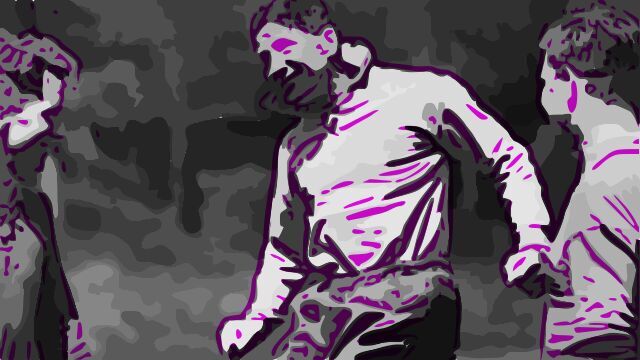 The Englishman abroad is quite the phenomenon – especially in football. Notably, before his risky move to tumultuous giant Manchester United, Jadon Sancho was lighting up the Bundesliga and looked set for stardom. Before him, Kevin Keegan had done it in the back end of the 70s with Hamburg. On a coaching scale, Roy Hodgson and Sir Bobby Robson wandered over to Europe to grace their managerial CVs with spells in the likes of Scandinavia, Italy, and Spain to name a few.

We watch on from our island with a quiet interest now, but decades ago one of the forefathers known to first grace our European counterparts was widely forgotten – even overlooked by the England National Team. This is the story of George Raynor, one of the most successful international managers ever – and one of the greatest football coaches England never had.

George Raynor was born in Hoyland, South Yorkshire on the 13th of January 1907. The Raynor’s had lived in the town for generations, with the family trade coming from the pit in this mining town. Both George’s father and grandfather worked as coal hewers. This entailed loosening rocks and coal for collection. Like many jobs in the mines, it was dangerous and exhausting. For George, he had no intention of following in his family’s footsteps.

George excelled academically and physically as a youth. A very active child, he was a skilled, mainly self-taught athlete. He liked to try his hand at most things but had a gift for running and football. At school, he attended Barnsley Grammar School, yet when his father lost his job, he dropped out at 15. He took on an apprenticeship at Hasties Butchers back in his hometown. Now, as much as this would’ve been a job providing some local mobility and an occupation that would’ve made George’s family happy, all the young man could think about was sport. Ultimately, his grizzly tasks at the butcher hindered his freedom to be active – especially on Saturdays, which he deemed ‘the day of sport’. This was the reason why George tendered his resignation and became a labourer. It was here that he realised he wanted to pursue the dream of professional football.

Raynor got into football locally representing his bible club, Elescar. In one season, it is recalled that Raynor scored a whopping 73 goals in the Sunday Schools League. This caught the attention of Mexborough Athletic who offered him a trial. Unfortunately, he was rejected perhaps on the account of his small frame. Even fully grown, Raynor was 5’7 and 11 stone soaking wet. His skill and pace were overlooked as it wasn’t what the Midlands League required. This division, made up of Football League reserves and some of the finest non-league clubs, wanted the stereotypical big lump up top.

However, as one door closes, another opens, and fellow Midlands League side Wombwell snatched the forward up in July 1929. The first bit of coaching he received was to be shifted out onto the right-wing – a position he would remain in for the rest of his career. In his first game for Wombwell, Raynor flourished on the wing, running the game against the then league leaders Notts County Reserves. It was in this game that he also experienced a moment that would shape his football philosophy. In later life, he recalled the sequence after an amazing goal he scored.

“I took one pass, raced around two men, took the ball up the byline and surprised the goalkeeper with a tremendous shot from that almost impossible angle.”

Although stunning the opposition, not everyone shared in George’s glory. Jogging back to the kick-off, the side’s resident former pro and Captain, Dennis Jones berated the boyish winger. At first, the lesson was lost but George later realised his leader was right. To succeed in football, let alone the hustle and bustle of the Midlands League, he had to exude some self-discipline and subservience to the team. The success of the squad had to outweigh any potential risk.

Consistent brilliant performances put the winger in the shop window for many of the local Football League teams and he eventually got signed by Sheffield United. On the day United scouts watched Raynor, he impressed despite being in horrific pain – playing through a torn calf. Although his grit, determination, and initial skill were widely recognised – his career as a player would perhaps be unfulfilled. Two years at Sheffield United reaped only one league performance as Raynor found it hard to fit in. Between 1932 and ’39 he bounced around four different clubs, Mansfield, Rotherham, Bury, and Aldershot. At Aldershot, it was the last season before the start of the War. He had just started to get involved with coaching, yet signed up as a physical training instructor (PTI) in 1939, in order to train the soldiers in the British Army.  The Football Association had requested that all professional footballers become PTIs if they were not inclined to see active service. So began a coaching journey that would first see Raynor posted to Iraq.

It was in his posting in Iraq that Raynor truly discovered his innate ability to organise a plan of action. Over the years in the Middle East, his organisation in training soldiers was such that he rose to the rank of Sergeant Major before taking a job in Baghdad with the British Military Mission. Now he was in charge of organising physical training and sport. After a series of games amongst soldiers in 1943, of which Raynor both played in and refereed, word spread and the Iraqi Prime Minister requested George to form an Iraq XI that would tour the neighbouring states. Although, a mixed bag in terms of results, this tour helped keep morale high and bettered relations to an extent. It also proved one of many personal highlights in service and lay the foundations for the flourishing coach.

Back home, football in post-war Britain was in limbo. The general consensus was one of uncertainty as to when professional football would start up again. Amidst a time of financial rebuilding, there seemed no time for the past times of before, and for a new manager like Raynor, it was easy to be disheartened in continuing his craft. That said, Britain’s reluctance towards coaching wasn’t shared by mainland Europe. With the help of the Secretary of the Football Association Stanley Rous, Raynor applied his skill to a coaching position with the Swedish FA in 1946.

Sweden on top of their game – 1948 Olympic Gold

It was quite a jump for Raynor. His last job was effectively being involved with humble Aldershot’s reserves, now he was in charge of the Sweden national team. That said, Raynor was an unrelenting character and his sheer will to learn and succeed was much more aligned with Sweden than his homeland. With his insights of club football and management coming to the fore, Sweden developed into a solid unit.

After working through different tactics with his side, Sweden were starting to make people sit up and take notice. Ahead of the 1948 Olympics set to be hosted in London, a watershed moment was the beating of Switzerland. Here, after watching and deconstructing the Swiss’ game against England, Raynor comprised plans to demolish his opposition.

From contacts in the England setup, he had first-hand accounts of how Switzerland played. From the match at Stamford Bridge in ’46, Stanley Matthews and George Hardwick happily reflected on what they had come up against. Raynor learned from Matthews that the Swiss left-back liked to come central, whilst wing-backs covered the empty spaces. In this system, the centre-back was enabled to push up and join the attack. Tactically speaking, this was known as the ‘bolt’. A conventional ‘WM’ formation like England’s had trouble breaking this down and the takeaway was that to win the game – they’d have to do it by unorthodox means.

When the day arrived, Raynor instructed his men with precision. His centre-forward and right-winger were instructed to play way higher than usual to put pressure on the left side. Meanwhile, on the opposite wing, the instruction was to play conventionally – effectively leaving the Swiss a man light down that flank. Then, to link the high-flying CF, Raynor deployed what he described as a ‘G-man’, a player who would orchestrate the attack. What this formation did was pull Switzerland’s line-up all over the pitch and enabled Sweden to be deadly in possession. They ended up trouncing them 7-2. This was just one example of George Raynor’s meticulous nature. The Swedes had scored a total of 30 goals in six international games in this great period.

With this sort of planning and skill, Raynor and Sweden sauntered to Olympic Gold in 1948. In front of 60,000 spectators at Wembley, the final was clinched with a comfortable 3-1 win against Yugoslavia. With this brilliant feat, Raynor was the last English manager to lead a team to Olympic Gold until Bev Priestman did so for the Canada women’s side at the Tokyo 2020 games.