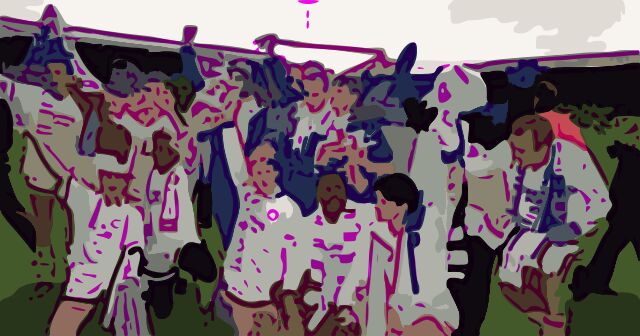 Since the Premier League was formed for the 1992/93 season onwards, it has taken the world by storm. Becoming the most-watched league on the planet, we have it full of world-class players and house some of the best managers in the game.

Despite only having seven winners so far in its 30-year history, the competitive nature of the league makes it the most exciting division to watch in Europe’s top five leagues to watch throughout the season.

But before the creation of the Premier League, there was the old First Division of English football. In this piece, I want to focus on Leeds United, the last winners of the old Division One and how that season was so successful for them before the integration of the newly formed FA Premier League.

Having finished fourth the previous season, manager Howard Wilkinson set about creating a team that would challenge for the First Division title. In the summer of 1991, the Yorkshire side brought in several players such as Tony Dorigo from Chelsea, Steve Hodge from Nottingham Forest, Rod and Ray Wallace from Southampton as well as Jon Newsome and David Wetherhall from Sheffield Wednesday.

With Rod Wallace and Tony Dorigo costing £2.9 million collectively, Leeds showed they weren’t messing out in the transfer window and wanted to show the rest of the league they could bring in some good players and become a threat to the top of the division.

The club would also bring in a certain Eric Cantona from Nimes for £900,000 halfway through the season, a player who, although Leeds wouldn’t realise at the time, would become a legend of the Premier League – only it would be for the United of Manchester.

Having let several players go in the summer, whether through retirement or being moved on to other clubs, their replacements would be more adequate to fill in their gaps and provide the quality necessary to win the title.

Wilkinson’s men started the season quite well and went unbeaten in their opening 10 games with five wins and five draws, including 3-0 and 4-0 wins against Manchester City and Southampton respectively. They proved they had the quality in attack with Gary Speed and Gordon Strachan able to dismantle the opposition defence.

The other three wins throughout their early unbeaten run included 1-0 wins against Nottingham Forest, Chelsea and Liverpool. Having picked up three clean sheets in those victories, they showed their stubbornness in defence and also proved they could hold on to a lead, regardless of how slender it was, to secure all three points.

Although half of their unbeaten run consisted of draws, including a 2-2 stalemate against Arsenal and a 1-1 result against title rivals Manchester United at Old Trafford, the Leeds defence wasn’t letting in any silly goals and even when they did concede, they would bounce back to level the game with their determination and team spirit.

Their streak finally came to an end on October 1st when they lost 1-0 to Crystal Palace at Selhurst Park. However, instead of this loss affecting their season and leading to them falling out of the title picture, they would go on another incredible run of 16 games that put them in the driving seat in the race for First Division glory.

Wilkinson’s players responded to their first loss of the campaign by winning their next three games on the bounce, which included a 4-3 win against Sheffield United, a 4-2 win against Notts County and a 1-0 victory over Oldham Athletic. Their ability to pick themselves up after a defeat was a sign of their winning mentality that season.

Following a 0-0 draw away to Wimbledon, the Yorkshire outfit then won their next four consecutive matches on the spin including 2-0 and 1-0 wins against Queens Park Rangers and Everton respectively as well as picking up impressive 4-1 and 2-0 victories over Aston Villa and Luton Town. With seven wins from eight games, Leeds were not pulling any punches.

However, their momentum would stall a fair bit after they drew their next four First Division games, swinging the title race back into Manchester United’s favour. Their lack of goals would mean they could only draw 0-0 and 1-1 against Tottenham Hotspur and Newcastle United respectively, while a crazy game at home to Southampton meant that particular encounter ended in a 3-3 stalemate.

Their fourth consecutive draw came against rivals Manchester United at home. In an evenly matched affair, the sides couldn’t be separated and a Sterland penalty for the Lillywhites ensured that the spoils were shared at 1-1.

Drawing four consecutive games meant that the two United teams often swapped places at the top of the table as they each looked to take any advantage they could compete against one another throughout that particular stage of the season.

To combat their mini-winless run, Wilkinson’s men then won three of their next four matches, scoring 13 goals and only conceding three. These victories included a convincing 3-1 away win against West Ham, a 6-1 demolition over Sheffield Wednesday at Hillsborough as well as a convincing 3-0 win against Notts County.

Their unbeaten run of 16 matches finally came to an end on February 8th 1992 when they lost 2-0 away to Oldham Athletic. During that period of the season, there were only two real contenders for the title in the two United clubs of Manchester and Leeds.

Having played each other in the FA and League Cup, with Leeds losing on both occasions, the Lillywhites were looking to win the title as revenge and steal the ultimate prize away from the Red Devils.

As mentioned before, Eric Cantona arrived at the club from Nimes in February and he was described as a player with a troubled past who had no shortage of skill or charisma. Despite this reputation, the Frenchman found the going tough when he first arrived, starting only six games and being used as a substitute nine times – scoring just three times.

Leeds responded to their second loss of the season by going four unbeaten with two wins and two draws before losing again – this time suffering a surprise 4-1 defeat away to QPR, something which no doubt gave Sir Alex Ferguson and his men a good deal of hope going into the business end of the season.

At the end of March, it was the Red Devils who were in the driving seat, being one point ahead of Leeds with a game in hand. Having thumbed Wimbledon 5-1 and drawn two consecutive games against Arsenal and West Ham, the Lillywhites were then demolished themselves 4-0 by Manchester City.

However, since Manchester United were in the League Cup final on the 12th of May, Leeds took full advantage and leapfrogged the Red Devils with a 3-0 win against Chelsea, which saw new signing Cantona score a brilliant individual solo goal.

United took pole position again following a victory over Southampton but then hit a quite poor patch of form, drawing away to Luton Town and losing at home to Nottingham Forest. Meanwhile after drawing 0-0 to Liverpool at Anfield, Leeds to full advantage of United’s loss to Forest by beating Coventry City 2-0 on the same day.

After Ferguson’s players failed to make use of their game in hand by losing 1-0 to West Ham, the two sides found themselves with 76 points to Leeds and 75 points to Manchester United, having both played 40 games with two matches remaining.

On the penultimate weekend of the season, Leeds faced fellow Yorkshire outfit Sheffield United at Bramall Lane, whilst Man United took on Liverpool at Anfield. The game at Yorkshire was end to end, with both Leeds and the Blades scoring twice to make the score 2-2 with 15 minutes to play. Meanwhile, at Anfield, Liverpool was winning 2-0 and United fans prayed that the result at Bramall Lane stayed as it was.

But with 13 minutes left, Brian Gayle’s own goal sent the travelling Leeds fans into raptures in the away end. With the score at 3-2, that would send the Lillywhites four points clear with one game of the season remaining, which would be enough to crown Leeds United champions of England.

Manchester United fans hoped for a late equaliser at Bramall Lane, but Leeds held on to the win and secured a thrilling first division title in what was an epic title race of the 1991/92 season. There was still one game to go, won by 1-0 against Norwich, but Leeds had completed their job a week earlier.

Their title rivals, Manchester United, had simply run out of steam towards the end of the season. But their time would come very soon. As for Leeds, they failed to defend their title in 1992-93 and finished a very poor 17th in the first Premier League season.

This achievement would be very historic for Leeds as they secured the last old division title before the season of the new FA Premier League. The club would never achieve this feat again and would ultimately get relegated in 2004, spending 16 years in the wilderness before finally getting promoted back into the Premier League in 2020.