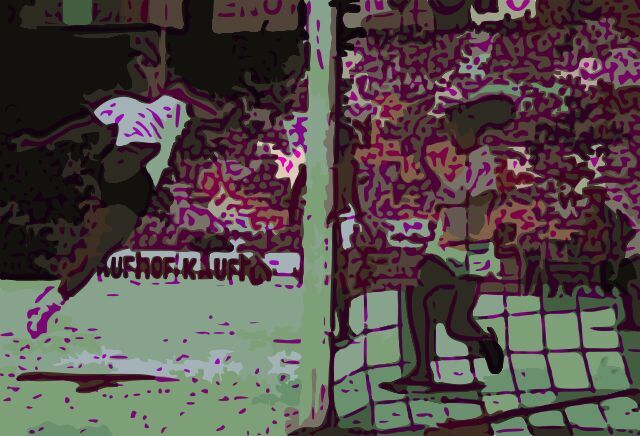 Up to about twenty years ago, England was known for possessing some of the best goalkeepers in the world. In fact, for about forty years or so, the country had only four goalkeepers as regular undisputed number ones for the national team (and even then two of those four shared the role for a while).

Gordon Banks was universally acknowledged as one of the best – if not the very best – in the world for a period of ten years until a motor accident, unfortunately, ended his career in 1972.

He was replaced between the sticks for the Three Lions over almost the next two decades by, firstly, Peter Shilton, then Ray Clemence, then the pair of them together, and then Shilton again, before the latter’s international retirement in 1990.

After a brief hiatus, David Seaman then took over the mantle of ‘England’s Number One’, keeping it until time finally caught up with him in 2002.

During this four-decade period, a large number of other excellent goalkeepers came and went who, under normal circumstances, would have been guaranteed a long run at international level. However, they had to make do with a handful of appearances at best. This article will have a glance at some of these patient but ultimately frustrated souls.

It is an unfortunate fact that Peter Bonetti will always be remembered for the one significant appearance he did make for England rather than the number of caps he missed out on. A mainstay of the exciting Chelsea sides of Tommy Docherty and Dave Sexton eras, Bonetti made his Chelsea debut in 1960 and would be a constant in the colours of the Stamford Bridge side for almost the entire next twenty years.

Although never coming close to keeping Banks out of the England side, Bonetti was a long-standing member of Sir Alf Ramsey’s squad following his debut in 1966 and he would be in the squad for that year’s World Cup triumph. In 2009, he and the other non-playing members of the 1966 squad would finally receive medals in recognition of England’s success.

Four years after that glorious summer day at Wembley when Banks and England defeated West Germany to take the trophy, the two teams were once again matched in the final stages of a World Cup. This time it was at the quarter-final stage and Mexico was the venue, with England once again expected to prevail.

Banks was still very much at the top of his game at this point in time, but unfortunately for all concerned (except West Germany, I suppose), he was to go down with a bout of food poisoning before the game and so be ruled out of the match. As is well-documented, Bonetti stepped into the fray and was held at least partly culpable for two of West Germany’s comeback goals in their 3-2 victory.

It was the last game Bonetti would ever play for England and a sad way for him to bow out of international football at only 28 years of age and with just seven caps to his name.

Peter Shilton was named Gordon Banks’ immediate successor and he would go on to play for England for most of the next two decades as the first choice. There was a spell, however, under the stewardship of Don Revie when Ray Clemence was the preferred Number One, and Shilton had to be patient as backup. When Ron Greenwood succeeded Revie, he seemed unable to decide who was his preferred choice and so simply alternated the ‘keepers.

If this was frustrating for those involved then spare a thought for Joe Corrigan. For practically the entirety of both Revie and Greenwood’s reigns, Corrigan was the stated Number Three choice in the squad. Time after time he would turn up for squads knowing there was little chance of ever getting on the bench, let alone on the pitch, and yet still he persevered.

Signed by Manchester City in 1967, he made his breakthrough a year later and would remain a mainstay at Maine Road for the next fifteen years. A steady and reliable ‘keeper, Corrigan was neither as eye-catching as Shilton, who tended to go for the ‘TV Saves’, nor as fortunate as Clemence to be playing behind one of the greatest defences of the modern game. It was these disadvantages then that perhaps prevented Corrigan from winning more than nine caps.

He made his debut in 1976 against Italy and although he was part of the England squads that made it to both the 1980 European Championships in Italy, and the World Cup in Spain two years later, he didn’t make it as far as the bench on either occasion.

After a decade and a half between the sticks for Manchester City, Corrigan spent some time playing in America before returning to England and seeing out his career at Brighton and Hove Albion, Norwich City, and Stoke City before finally retiring and becoming a coach.

Corrigan was Liverpool’s goalkeeper coach for ten years from 1994 onwards.

When Peter Shilton finally stepped down from England duties in the wake of Italia ‘90, it was after 125 caps and practically twenty years after his international debut. Although undoubtedly a legend, one criticism of Shilton’s longevity was the fact that there was seen to be nobody ready to replace him.

Chances for others to shine on an extended level had been few and far between during Shilton’s reign, and some ‘keepers who might otherwise have been fancied to make a breakthrough had fallen by the wayside.

These unfortunate few included the likes of Jimmy Rimmer and Phil Parkes, who each managed just one appearance for England under Don Revie, and Nigel Spink who did likewise for Sir Bobby Robson. Gary Bailey and Dave Beasant fared little better under Sir Bob, getting to wear the Three Lions on their shirt in just two appearances each, while a goalkeeper of the class of John Lukic was denied even a single cap.

Sir Bobby Robson, in particular, seemed to bend to Shilton’s will and pick him for pretty much every game available as Shilton chased the record number of caps. It was said that Shilton was most reluctant to step aside even for 45 minutes of the most insignificant friendly games on occasion, and as well as causing some resentment within the squad, this perhaps stunted the development of the ‘keepers coming through.

The case of Chris Woods is perhaps a good one to point to. He was first called up to the England squad in 1984, making his debut in 1985, and was then a regular in the squad as Shilton’s recognised back-up for the next five years. During that time, he was permitted just seven starts, with only four of these coming in competitive fixtures, and a further nine substitute appearances.

With youth on his side, Woods hung around long enough to see Shilton off into retirement and when Graham Taylor succeeded Sir Bobby Robson in the autumn of 1990, he finally had a chance to stake a claim for the regular starting spot. Unfortunately, he didn’t really take this opportunity.

With David Seaman’s recent move to Arsenal thrusting him into the limelight, the pressure was immediately on Woods to maintain fitness and form and although he spent most of the next couple of seasons keeping his nose in front of Seaman, he would find himself back on the sidelines by the close of the 1992-93 season.

That brings us to the David Seaman era and pretty much the next ten years or so. Although he made his England debut back in 1988 while still with Queens Park Rangers, it wasn’t until some five years later that he finally got the nod as the undisputed first-choice ‘keeper.

Under a succession of England managers, Seaman went on to make 75 appearances for England before bowing out in less than glorious circumstances in a 2-2 draw with Macedonia in October 2002.

On the other side of the coin, whilst Seaman was running up his cap count, the likes of Ian Walker, Nigel Martyn, Tim Flowers, and Richard Wright were left picking up the scraps. Also included in that number could be David James, who subsequently took over for a while as England’s first choice.

The past decade or so has not been a vintage period for England goalkeepers with England managers needing to go down the leagues just in order to fill up spaces in the squad. Whilst Jordan Pickford is doing a fine job as the current number one, and is certainly the best at England’s current disposal, it is fair to say that he and others to have taken up the Three Lions’ gloves in recent years, perhaps wouldn’t have got much of a look-in in days gone by.

The days when English goalkeepers were the envy of Europe seem to be a long-distant memory now, and no doubt the likes of Joe Corrigan, Phil Parkes, Jimmy Rimmer, and a few other old stagers look at the current situation and standards just slightly wistfully.