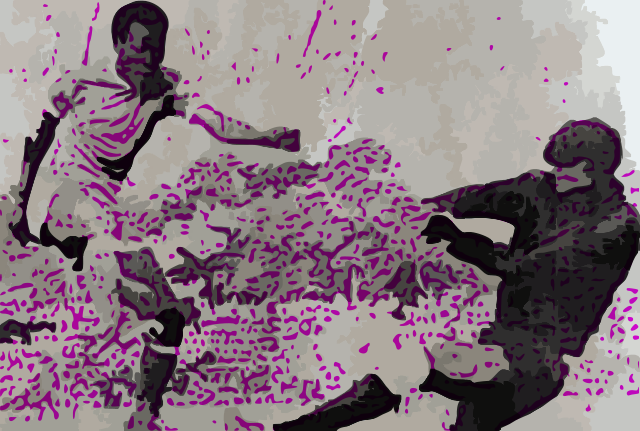 So far, it has been a good month for Zambian football. The COSAFA Cup looms large in July and the men’s national team has picked up an important first three points in AFCON qualifying against Comoros. Individually, talents like Klings Kangwa and youngster Miguel Chaiwa have secured moves to top European sides in Red Star Belgrade and Young Boys. Plus, as fixtures ahead in English and Scottish football slowly get released, a solid core of players like Fashion Sakala, Enoch Mwepu and Patson Daka have all completed their first interesting seasons in Britain. Yet, this article isn’t about this potentially exciting generation of Zambian footballer. This piece is a tribute almost, to a man that many in the country’s sporting sphere will have looked up to. A true great of the Copper-rich nation, forward Godfrey Chitalu stands not only in African football but is deserved of global distinction for his goal-scoring exploits.

Godfrey Kangwa Chitalu was born on the 22nd of October 1947 in Luanshya. His father was a miner and his mother a housewife. He grew up in Section 9 of Roan Mine Township in a busy household, being the seventh child of ten. The township not only saw a hectic family life but Godfrey’s talent blossom – playing youth football barefoot on the streets and community grounds of the area. Matches were organised between the various sections of the mine township with buttons being the grand prize for the victors. Sometimes, such was the competitive spirit that games would end in scuffles and even fistfights. Godfrey loved football, he loved scoring goals. Yet the constant roughhousing led to numerous injuries. Once, he suffered a broken arm, but it was said he adored the sport so much that he escaped the hospital to get back on the pitch with his friends.

His skill at football wasn’t just limited to the streets, as it also translated into school competitions too. Constantly improving, Godfrey lit up the playing fields from Luanshya to Kitwe. With the completion of his education, his sheer ability was so noticeable that then Kitwe United captain and Zambian international, Emment Kapengwe suggested he try out for a first division team. So, upon invitation from club chairman Jethro Ngwane, Chitalu took his first step in professional football – joining Kitwe’s reserves in 1964.

Chitalu spent just a year in the reserves of Kitwe. At 17 years of age, in October of 1965 – he broke into the starting XI. Scoring in a 2-1 victory against Rhokana United, it seemed a positive sign of things to come, especially whilst being reinforced by a solid third-place finish for the team.

In 1966, United gifted the young Chitalu the number 10 jersey. He returned the favour and the coaching staff’s trust with 14 goals in his first full season, although Kitwe had faltered to a sixth-place finish this time around. Aside from his goal-scoring exploits, Godfrey had a reputation for his strength and aggression. Clearly, he wore his heart on his sleeve and his rough football upbringing on the streets of Luanshya reflected in his style of play. Some defenders who were hopeless against his expertise would just kick the forward – reminiscent of those kids in the township all those years ago. Godfrey’s problem early on was that he would always kick back. Sometimes, twice as hard. It was down to club captain Kapengwe, the man who had effectively helped bring him to the club, to reign in the striker. Now, he had to take football seriously – responding through goals rather than acts that could get him sent off.

Although Chitalu respected his captain, his temperament would still slip sometimes. The summer of 1967 should’ve been a positive time for the forward. An exhibition with Zambia bolstered such an impressive display from Chitalu that Cardiff City were alleged to be interested. Alas, this didn’t materialise and a month later in July, Godfrey would catch the eye in the wrong sense. Falling foul to that boiling temper beneath the surface, he was sent off against City of Lusaka. Warned multiple times for rough play, he eventually received a booking yet in quite peculiar fashion; he gave his name as Dennis Law allegedly. This merited a second yellow, yet he refused to leave the field. He had to be escorted off by United officials. What made matters worse was that he was already on bad terms with the league. This act added to a warning for bad behaviour and the Zambian National Football Association suspended him for the rest of the season.

That said, he had already scored eight goals and had glimmers of class. His influence in the first team’s goals and perhaps a hope he could channel his behaviour into leadership saw him eventually takeover as captain in 1968. Bereft, the media described it as “the best move ever made – or the worst.” At 20, he was the youngest captain in the league. A change in outlook saw Godfrey focus purely on good performances. It seemed that as his disciplinary record improved, so did his output – as he netted an inordinate amount of goals. At the start of the term, he had 18 goals in 9 league and cup matches. By the end of the year, he was said to have 70 – with 11 for the national side (of which he had deputised for that very year). In the next season, he bagged a few less. He had a troublesome streak once more. Memorable moments included booting Cardiff defender Brian Harris and getting sent off in an exhibition. He also got up and left the national team camp without permission. He was suspended for six months so his numbers dwindled. But still, just the 45 goals that year…

Chitalu had a successful next season bagging 41 in what reads as a goal-heavy league. He finished third that year in the scoring charts. He did get his hands on the Chibuku (or League) Cup, but it seemed a new challenge was needed. Thus, after four years with Kitwe, Godrey forced a move to Kabwe Warriors.

Hitting his prime with Kabwe and excelling in the national team

Chitalu joined Kabwe officially in 1971. Kitwe were reluctant to let their star man go and requested a fee of K15,000 (Kwacha) which was more than seven times the record fee in the league at the time. Feeling stifled, Chitalu appealed to the league and got the fee reduced to the fractional K3,500.

In his first year at Kabwe, he earned the nickname ‘Ucar’. For his tireless running and goal-scoring, he drew comparisons to the long-lasting Ucar batteries made by Union Cardbide. It was to be a good time for the newly named man as in his first of 11 years at the club, he scored 51 goals and won the league. Now, to put it briefly as his numbers are staggering – Chitalu is said to have scored over 300+ goals for Kabwe over this spell and his honours read as such. He secured two Zambian Premier League titles, one Castle Cup, one Challenge Cup, two more additional Chibuku Cups and then three Charity Shields.

It’s safe to say that his international career really took flight too, as more than 80% of his goals came after his transfer. He had now developed into a prone shooter, comfortable with scoring in most scenarios. In the 1972-73 season, Godfrey Chitalu had his most prolific season. The term which started in March, saw the forward sitting on 92 goals by the end of October – a mere gap of 57 goals between him and second place. He would end the year, as Kabwe swept all silverware on offer, with a truly ridiculous reported 107 goals.

For the national side, as said his tally was equally impressive. Chitalu finished as Zambia’s all-time leading goal scorer and although the somewhat relative minnow side from Southern Africa didn’t win any trophies, Ucar had a hand in some memorable team performances. In 1973, Chitalu was part of the side that beat Nigeria 5-1 in Lusaka to book qualification to the ’74 AFCON. He featured in that tournament where the squad would reach the final, before agonisingly losing in the final to Zaire.

In April 1975, he was dropped from the national set-up altogether and he watched from the sidelines for nearly two years. After a change of management though, he made a comeback scoring two goals in a crucial World Cup qualification tie against Uganda. After other feats with the national team, Chitalu’s final influence came at the 1980 Summer Olympics as he proved he could score against European opposition when Zambia were defeated 3-1 by the Soviet Union. He also scored in Chipolopolo’s 2-1 defeat to Venezuela.

He played his final game for his country on the 12th of December 1980 against Kenya. This defeat was his 108th appearance making him Zambia’s most capped outfield player and record scorer with 76 goals. 1981 signalled the end of Chitalu’s sparkling domestic career as now his attention fully turned to coaching.