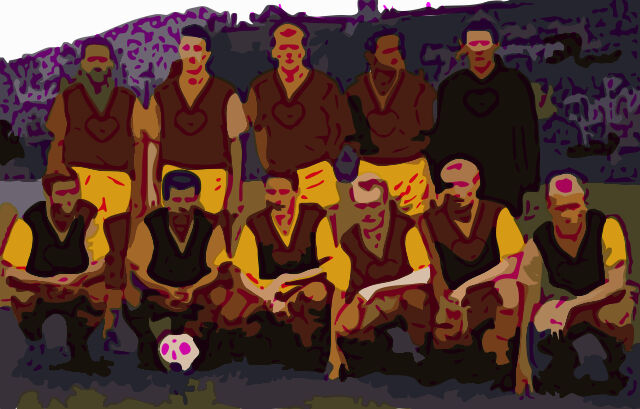 The Czech Republic is a football nation. Well, you probably know that. Of course, global – let alone English and European audiences have been exposed to the skill possessed by the likes of Antonin Panenka, Pavel Nedvěd, Petr Čech and Tomáš Rosický. Even before modern greats, the region of Bohemia was always an early adopter of football. The country’s football origins date back to around 1890. Ring-fencing the capital city alone, Prague is awash with the colours of many a historic football club. Amidst the red and white of Slavia, the green of Bohemians 1905 and the maroon of Sparta, this article’s focus is on a former great, now defunct football establishment – Dukla Prague.

Dukla Prague and their history

Dukla Prague was formed in 1948 and began operation in (then) Czechoslovakia’s first division. The organisation was run by the nation’s army and included seven sports teams. The club’s name, which was changed after a couple of early monikers such as ATK Praha and ÚDA Praha, was derived from the Battle of Dukla Pass – respectfully honouring fallen soldiers.

Success for this club began as early as the 1953 season where Dukla (as ÚDA) won the first of 11 league titles. Three years later, officially with the Dukla name change came back-to-back titles.

1960-61 marked the inaugural season of the Czechoslovak Cup. The creation of the cup seemed like another trophy to add to a growing collection – as the silverware hungry Dukla team completed the double, defeating Dynamo Žilina in the cup final to add to their fourth league title. The club was on the cusp of another double in ’62, winning the league but losing out to Slovan Bratislava.

1962 of course, was a World Cup year and Dukla were represented by seven players in the Czechoslovakia team. The national side reached the final, only to lose to Brazil 3-1. Yet, star man Josef Masopust had himself a memorable tournament and even scored in that final defeat. He was later named as the winner of that year’s Ballon D’or.

Although the World Cup final defeat may have lingered on the respective national consciousness, Dukla powered on. The men in red and yellow spent the next two seasons winning the league again. The 1964-65 season resulted in just a cup triumph before a second double was completed in 1965-66. The club’s final trophy of a more than fruitful sixties came in the 1968-69 cup. In rather staggering fashion, the first nine seasons of the cup had been dominated by Dukla – with the side reaching six finals and winning four of them.

A slight format change within the competition in 1968 meant that after that year’s title, Dukla would struggle to compete. They wouldn’t register another final victory until a bright spell in the 80s winning four more in reasonably quick succession.

Dukla Prague’s continental success and notoriety across the Atlantic

Aside from the Czechoslovak Cup and the First Division, Dukla’s prowess was also noticeable on the European stage. Impressively, between the start of the competition in 1955 and 1991, Dukla played more matches in the European Cup (45) than any other team in Czechoslovakia.

When looking through Dukla’s European games, some notable wins really stick out. In 1957, Manchester United, although winning the tie, were defeated in the last 16 second leg 1-0 back in Prague. In 1964, Dortmund was another scalping. This time away in Germany, Dukla prevailed 1-3 in the quarter-final second leg. Although impressive, they were unable to turn over the first leg’s 0-4 defeat and progress. The furthest they got in the competition was in 1967 were they met Celtic in the semis. Over the two legs, they would taste defeat 1-3. However, they could hold their heads high as both a tournament team and proud representative of Czechoslovakia.

Further afield, the team also took part in the American Challenge Cup. In this U.S.-based league that ran from 1960 to 1965, Dukla won all but two editions. Their dominance was duly noted by both journalists and fans alike. Sportswriter Ota Pavel wrote about the club’s first American Challenge Cup victory named Dukla mezi mrakodrapy or in English ‘Dukla Among Skyscrapers’. Dukla remained known with British fans not only from playing West Ham, but through being immortalised in song. Half Man Half Biscuit’s 1986 cult song “All I want for Christmas is a Dukla Prague away kit” sparked wide interest and demand for the away strip, also making the team a favourite for many a hipster.

In 1994, the club’s prestigious ties to the military were cut. At the same time, the status as a top-division outfit was over too. 1993-94 saw a real fall from grace as Dukla finished the season dead last. In this embarrassing term, they’d actually gone through more managers (three) than they had achieved wins (one).

The following season was played in the third-tier Bohemian Football League where things looked to be improving with a third-place finish. Yet in 1995-96, the side failed to achieve promotion and owners seemed to wind the club down. It merged with second division FC Portal Příbram and the Dukla name disappeared from Czech football for several years.

All hope was not lost though, as a local Prague team looked to rekindle the legendary club’s legacy. Dukla Dejvice began playing at Juliska Stadium and adopted Dukla’s yellow and red colours. In 2001, they entered the Prague Championship and just five years later Dukla Prague management re-emerged. It was announced that they had taken over the Second League rights of Jakubčovice Fotball. Dukla were back and returned to the top league in 2011 before eventually faltering to their current Second Division status in 2019 where they reside to this day, managed by former player Petr Rada.