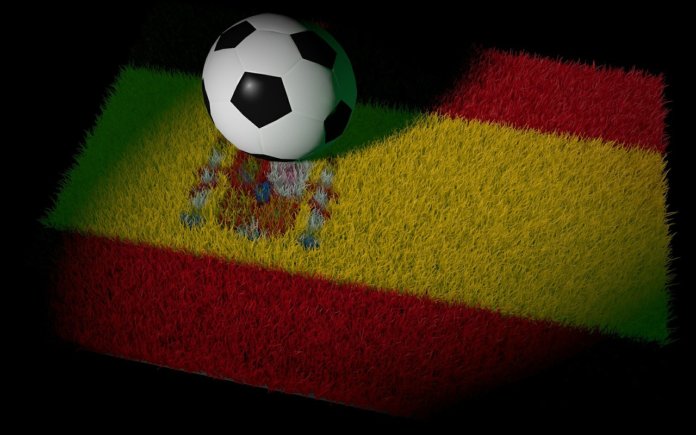 Arriving 17 years ago in Spain as a British expatriate and seeking a complete change of lifestyle, clearly plenty of adaption was required was required at first. Thankfully, given that I already spoke the universal language of football, this gave me a great head start with the locals, as I slowly and steadily came to grips with the Spanish language.

Based in the southern Spanish region of Andalucia, I was also spoilt for choice when it came to local football clubs to follow, before deciding to declare my support for one that happened to be playing in the fourth tier at the time. Nevertheless, this also led to a wonderful adventure with Granada CF, getting to know the clubs history and the fiercely loyal supporters, as the club embarked upon a remarkable journey to the top flight after a 35-year absence.

But it also highlighted the duality that exists in Spanish football, because while there are many fans who closely follow their local football teams, they also tend be fiercely partisan supporters of Real Madrid or Barcelona at the same time. Now for an Englishman who grew up supporting his local team, which fortunately for me was Manchester United through the nineties and noughties, the idea of also cheering another team in England was utterly unthinkable.

Yet here in Spain it seems natural amongst football fans, which is unsurprising due to the huge rivalry between Real Madrid and Barcelona, especially whenever they lock horns in ‘El Clásico’ encounters each season. This is a game that quite literally puts an entire nation on hold, as the two biggest and most powerful Spanish clubs compete for supremacy. Arguably, there is no bigger domestic game in the entire planet.

However, while I can hardly imagine ever finding either of the ‘big two’ appealing, there are millions of supporters outside Spain who do. Just look on social media and you will quickly observe, both Real Madrid and Barcelona enjoy massive followings throughout Asia, particularly throughout the Indian sub-continent and at its peak when Cristiano Ronaldo and Lionel Messi were playing.

Indian football fans have taken their support of Real Madrid or Barcelona to an entirely new level, watching matches in their millions and cheering on from afar. They also clamour to find the best football betting sites in India, which is now aided by honest reviews and recommendations via Asiabet, whose experts highlight where the most competitive odds and promotions can be found.

That being said, it still remains hard for me to contemplate cheering for one of these giants, especially having made my choice to support my local side Granada, then firmly committing myself to cheering exclusively for them. Even when Granada eventually rose to the lofty heights of La Liga, I always wanted my local team to defeat the Spanish football nobility, and sometimes they did, much to my joy.

Granada enjoyed something of a ‘matagigantes’ (giant-killers) reputation in the 1970’s, before their downward spiral to the dungeon divisions of Spanish football. Following their first ascent back to the Spanish elite of La Liga, it was also something they managed to repeat, albeit with less frequency. But imagine my delight whenever they did beat Barcelona and Real Madrid.

In the midst of a period whilst I was working at the club, it quite literally brought a tear to my eye as Granada felled the mighty Real Madrid, made all the more amusing by Cristiano Ronaldo scoring own goal, gracefully nodding the ball beyond reach of his own goalkeeper. During the 2014-15 season, I marvelled as Granada defeated Barcelona 1-0 at Nuevo Los Carmenes, stubbornly resisting everything Lionel Messi and Neymar could offer.

Other momentous results have been achieved by Granada against these two giants, although following an unfortunate relegation last season, it may be a season or two before I get the chance to see Real Madrid and Barcelona play my cherished local team. But there’s also something notable that I have observed in each home encounter.

Despite being supporters of Granada, a surprisingly large number of the home fans were incapable of hiding their fandom of the visiting superpower, also cheering and applauding Real Madrid or Barcelona. Interestingly, this is not something which is exclusive to my local team, as this often happens pretty much everywhere else throughout Spain, most notably amongst crowds at the smaller and more modest clubs.

Now there’s nothing wrong with supporting more than one team, as many people do these days, although it can feel strange when watching that fandom arise in person. The only time I came close to experiencing such mixed feelings, unlikely to be repeated again, was when Granada reached the UEFA Europa League quarter-finals against Manchester United, my English team since childhood. But I still supported my local Spanish team, which is perhaps an entirely different kind of weirdness altogether, being English and Mancunian.

Regardless of how I try to square this fandom duality in my own mind, it always remains difficult to explain or justify. In their thick Iberian accent when speaking in English, “Spain is different” is the simple justification from some of my friends, although whilst practicing the native language, others have suggested more understandable reasons. One is the glory hunter phenomenon, in which fans choose teams to support base entirely upon success.

Another is perhaps equally easy to acknowledge, particularly amongst fans of smaller local teams. Granada is a fine example because for 35 years, they were outside the Spanish elite, rarely if ever likely to cross paths with Real Madrid or Barcelona. The same is not uncommon in England or elsewhere, as fans choose their ‘big’ team to support, alongside their local club in the lower leagues.

Unless they have the opportunity to experience this duality, such divided loyalty might always feel unusual and even wrong to foreign outsiders, even more so when those teams play against one another with regularity. This is where Spain is indeed very different, given the prevalence of football fandom duality throughout the whole country, making such a custom seem uniquely odd and curiously intriguing at the same time.