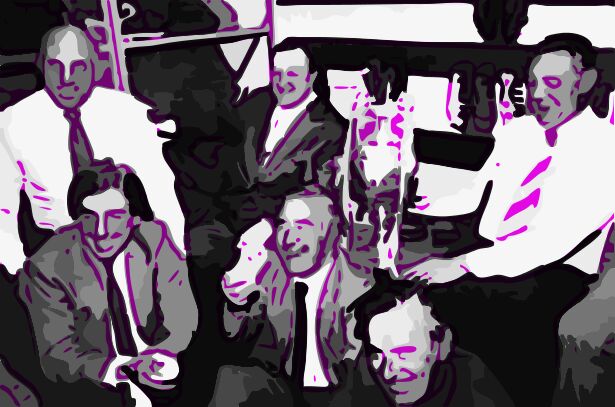 “If you want to win big, you must be prepared to lose big as well. We’ll build a team again and we will go again.”

These are the final words from Jurgen Klopp as he undulated a slow and somewhat painful farewell to his Premier League title hopes on Sunday afternoon.

A remarkable final day of the season saw Manchester City, under the burgeoning leadership of Pep Guardiola, overturn a two-goal deficit at home to Steven Gerrard’s Aston Villa to grant The Citizens their third top division title in four years.

It is a triumph that Guardiola and his resourceful team will saviour for a lifetime, but while Klopp spent his afternoon in a much more reserved, phlegmatic manner, as he paraded Anfield, leaving no Liverpool player, staff, or family member un-hugged, the results on the day failed to show the bigger picture.

After three seasons of putting 90+ points on the board, winning Liverpool their first league title in 30 years and adding a seventh Champions League to the trophy cabinet; the German has built a legacy during his time in Merseyside, possessing the same soul and enthusiasm from the dugout as the city he now calls his own.

The taste of a trophy has become all the more familiar since Klopp took over in 2015, and after he had won the League Cup and FA Cup at Wembley Stadium this season, he completed the set. The route from the turf to the Royal Box has never seemed so simple for Liverpool.

If Merseyside ever became an independent state, a plea that the city has shown signs of wishing for since the austerity of Margaret Thatcher’s Conservative government in the 70s and 80s, Jurgen Norbert Klopp would be its spokesperson, its leader, its Winston Churchill or Abraham Lincoln; the one with the keys to the city.

Liverpool wasn’t always built upon the foundations of a foreign superintendent, foreign players, and modern-day technology that exceeds expectations with every passing season.

Instead, the club endured three decades’ worth of European royalty and domestic superiority through the 60s, 70s, and 80s that was engineered by four walls tucked away in the bowels of Anfield’s main stand.

Described by Joe Fagan as being furnished with “luxuries like a rickety old table and a couple of plastic chairs, a tatty piece of carpet on the floor and a calendar on a wall that would later be adorned with photographs, ripped from newspapers, of topless women,” there was very little evidence to suggest the room meant anything at all.

The reality was, though, that this chamber held the secrets to Liverpool’s pre-eminent success.

The Boot Room was Liverpool’s response to the nuclear war bunker, the engine room for great footballing philosophy, and the cupboard-sized think tank for the people who created ‘The Liverpool Way’.

Essentially, the Boot Room was a meeting place for six of Liverpool’s greatest minds. After training, Joe Fagan, Bob Paisley, Ronnie Moran, Roy Evans, Tom Saunders, and Reuben Bennett would converge into the dingy room and discuss tactics over a pint of Guinness, a pack of cigarettes, and an occasional swig of whiskey.

With time, it became the most important room in European football.

For the entirety of the 1940s and the emergence of the 1950s, Liverpool was a city that struggled with post-war frailties. The city, having been a vital port during world war two, was the second most bombed area in Britain after London.

Photographs of children playing football on rubble became a feature in newspapers in Monday’s weekly edition, and it was a period where the red half of Merseyside struggled particularly.

The Boot Room during the early days of its existence was nothing more than a dusty broom cupboard, hidden away beneath a football club that endured its first relegation from the top flight in 50 years at the end of the 1953/54 season.

Liverpool was a city braving its final breaths.

But across Stanley Park, there was, at least, the hope of better days to come. Everton were on an upward curve, playing swashbuckling football, and casting a deep and darker shadow over their red neighbours.

John Willie Parker and Dave Hickson formed a prolific partnership in the Everton’s attacking setup, propelling the club towards a brighter future. For Liverpool, their post-war anxiety only skyrocketed, and with their Merseyside neighbours rubbing salt into their wounds, a change in direction at Anfield was imminent.

After plying their trade in the second division of English football for five consecutive seasons, it was clear that the Boot Room was lacking leadership. Liverpool were a mediocre team that had no hopes of returning to the promised land of the first division.

Along the way, the Reds had been defeated by non-league Worcester City in the 1958-59 FA Cup, emphasizing their misery. Managed by Phil Taylor at the time, the once-great footballer proved to be an unsuccessful manager, who would later leave the club to make way for a man that would eventually be woven into the fabric of the city for eternity.

On Monday, 14 December 1959, Bill Shankly arrived at Anfield in a condition he would later label “a shambles”. Inheriting an average squad of players who worked at a below-average training ground, Shankly insisted straight away that the club invested £3,000 to rectify the disrepair that Melwood and Anfield had found themselves in.

At the start of Shankly’s chapter, the eventual success that the Scotsman would bring to Anfield was brought about by the modernisation of the training facilities. Keeping the founding members of the Boot Room at the club would later play into the hands of the 46-year-old, which began its vital work from the offset.

From the first second Shankly arrived at Liverpool, he got along well with Fagan, Bennett, and Paisley. The four of them would begin Liverpool’s recovery by renovating the training schedules and introducing the squad to improved drills that would see progress in performances become more abundant.

One particular routine designed to develop stamina, reflexes and ball skills was the “sweatbox” which Shankly described as:

“using boards like the walls of a house with players playing the ball off one wall and on to the next; the ball was played against the boards, you controlled it, turned around and took it again.”

Shankly got the idea from a routine he had seen Tom Finney use at Preston to hone his skills. After experimenting with the routine, he set the players a limit of two minutes per session. The system was geared to Shankly’s simple philosophy of “pass and move”, which formed the basis of Liverpool’s strategy.

The Scotsman was the first individual in the club since before the second world war that attained a clear strategy in getting Liverpool off their haunches and back into the division they belonged.

But after his first two seasons went by in a flash, finishing third in the second division, Shankly knew he needed to freshen up his squad, something that was always a challenge with the reluctant boardroom staff.

At one board meeting, in the spring of 1961, Liverpool’s fortunes changed. With the help of Eric Sawyer, Liverpool’s financial director, Shankly was able to convince the club to invest, starting with two Scottish brave hearts.

Liverpool’s 1961 squad overhaul started with the arrivals of centre half Ron Yeats and centre forward Ian St John from Dundee United and Motherwell respectively. And when Tommy Lawrence proved his worth in the junior team, earning promotion to the first-team squad, the squad spine that Shankly always wanted was finally coming to fruition.

Jimmy Melia, Ronnie Moran, and Alan A’Court would follow Lawrence in coming through the youth system to feature in the first team, showing that Shankly’s early work to rectify the standards at the club was starting to corroborate a successful horizon.

Other additions to the first team from the youth ranks would be Roger Hunt and Gerry Byrne – two players who would go on to become England internationals. Arguably, it was Roger Hunt’s goalscoring feats in the 1961/62 season that would be the telling trait in a campaign that ended in promotion.

Certainly, the transition in squad depth and boardroom attitudes in the spring of 1961 set in motion the first comprehensible piece to the Boot Room’s illustrious jigsaw puzzle.

In the years that followed, consolidation was the key to success for Shankly and his coaching staff. Liverpool’s youth system was garnering more international talent than ever before, which was shown in the nurturing of Ian Callaghan, Tommy Smith and Chris Lawler, and the hard work eventually paid off time and time again.

At the end of the 1963-64 First Division campaign, it would be the Reds who would lift the title, beating Matt Busby’s Manchester United to the pinnacle of English football by four points. Shankly was quickly etching his name into Mersey folklore, adding to Liverpool’s previous five championships.

The league title in 1964 served as a microcosm of Shankly’s success so far. Liverpool had gone from Second Division mediocrity to First Division winners in the space of five years. And with the Boot Room being the beating heart of the club’s quick progression, Liverpool Football Club was on the cusp of impending greatness.

Bill Shankly, in the years leading up to 1964, had got his hands dirty in a job that he knew would never be straightforward. But with his sweat-bearing training routines, endless desire to chase progression, and ethos of leaving nothing left to chance in terms of attention to detail, he gave birth to Liverpool’s footballing resurgence.