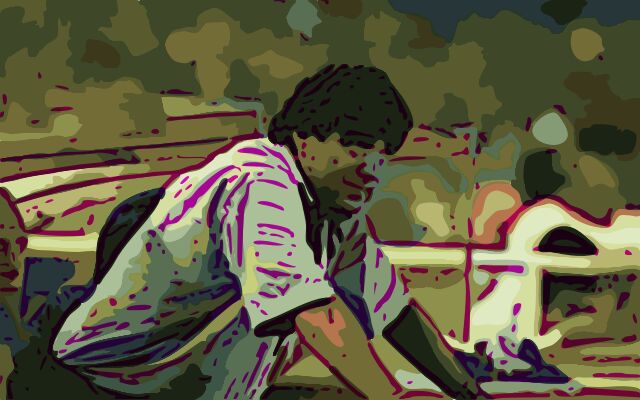 People talk about Brian Clough being the greatest manager England never had but, for me, Terry Venables was the best they didn’t have for long enough.

Imagine now, in the 2020s, that a young English coach does his apprenticeship under one of the most innovative coaches ever produced in England. He takes over from his mentor and creates an exciting side. He then becomes a manager of a small side in the second tier, gets them promoted and has them competing against far bigger clubs, even taking them to an FA Cup Final. He then gets the Barcelona job and does as well as anyone has done there so far. He comes back and manages Tottenham and wins a trophy with them. He becomes England manager and we get to the semi-finals of the Euros.

Well, I suspect everyone outside of the decision-makers of the FA did want Venables to remain England manager after Euro 96 but hey, at that point in time the FA board didn’t care much for populist choices.

This isn’t meant to be a piece talking about how we missed out on developing that golden generation of English footballers even further – we’ll do that another day, I suspect.

No, this piece is looking back at Venables’ evolution into being ‘El Tel’ – and what he did in Barcelona.

Venables had moved into coaching under Malcolm Allison at Crystal Palace in the 1975/76 season. He was learning from a great innovator, but the apprentice was also a deep football thinker who had ambitions to do things at the highest level.

That season, the duo led Third Division Palace to the FA Cup semi final – they lost, but the Palace board had seen the future. Venables would take over from Allison at the end of the season.

It wasn’t just the Selhurst Park directors who had seen the potential. Arsenal offered Venables a chance to back out of the Palace contract and move to Highbury to replace Bertie Mee. He declined and set about creating “the Team of the Eighties” – a moniker that ended up hanging like a dead weight around the neck of the Palace team.

Venables used players from the youth team and astute free signings as he took Palace from Division Three to Division One over three seasons.

In their first season in the top flight, the young, exciting side led by a young, exciting manager started brilliantly and topped the table at the end of September 1980 – hence the name “team of the Eighties”. However, they slid back down to 13th by the end of the season.

And by the October of the next season, Venables was suddenly gone – taking over at QPR, dropping back down to Division Two. Within 18 months, Venables had led QPR to Wembley – losing to his old side Spurs in an FA Cup Final replay. He got them into Division One in 1983 and they finished 5th at the first time of asking. Venables stock was now very high and the big clubs were taking notice.

Bobby Robson’s opinion counted in Barcelona way before the former England manager took over the reins of the club himself in the 90s.

Following a conversation between him and Barca’s vice-president Nunez, Robson recommended that the club move to appoint the hottest young English coaching talent at that time – Terry Venables.

Venables was to replace the Argentine coach, Cesar Menotti. ‘El Flaco’ had won the World Cup with his country in 1978 and arrived at the Camp Nou expecting to take Barca to the top of the Primera Division – but all that followed was domestic cup success, never the league title. Barca, incredibly, had not won La Liga since 1974, a decade long drought.

Menotti had been blessed, or cursed, with having Diego Maradona at the club. Maradona, naturally, was the main man at Barcelona and one of the reasons why Venables was drawn to try his luck in Spain.

“Well as you can imagine, I was very excited to work with Diego,” Venables said years later, “But on my first day I was told by the president that I had to sell him. He was broke. The best player in the world, out of money.”

Maradona needed the move to get the big signing-on bonus any club able to afford him would surely offer.

The best player in the world famously moved to Naples and led Napoli to all kinds of success – it was a world record fee of £6.9m and nobody in Italy could deny it was money well spent.

But, that left Venables with a gap to fill almost immediately. The board wanted Hugo Sanchez, one the best front men in the world game – Venables? Well he wanted a Scottish striker – and no, it wasn’t Kenny Dalglish.

El Tel was keen on Steve Archibald – far from glamorous but deadly in front of goal. He wasn’t one to get the fans excited, certainly before they saw him play – but Archibald wasn’t bothered. He knew what he could do – score. And he felt perfectly comfortable settling into Maradona’s 10 shirt and his locker in the changing room.

Venables had a squad he believed could surprise a few people – he told tales of how he would be stopped on the street and told as long as they beat Real Madrid, it would be a good season. El Tel wanted more – he wanted to win the league. And with Bernd Schuster plus four Spanish internationals who had reached the 1984 Euro Final, he felt he had enough to achieve this.

Real Madrid were the first match of the 1984/85 season at the home of their great rivals.

Madrid were favourites to win the title again – yet, inspired by Archibald, Barcelona ran riot and won 3-0. The Scot scored once but was an immediate fit for the high-pressing 442 game Venables wanted to play.

Incredibly, Barcelona went on to win the Primera Division that season – losing only twice and finishing 10 points clear of Real’s local rivals, Atletico Madrid. Archibald scored 15 and nobody really cared that he wasn’t Hugo Sanchez – who would join Madrid instead.

Venables also promoted youth to complement the high-tempo football he wanted to see – something that has always been credited to Johan Cruyff in his spell at the Camp Nou, but something the manager from East London actually did first.

The next season, Barca narrowly failed to defend their title finishing second. But they did win the Copa del Rey. However, all eyes were really on the European Cup as Venables’ team made it to the final against Romanian outfit Steaua Bucharest. The 1985/86 European Cup Final ended goalless – and Venables saw his side lose on penalties. They missed every single one.

Following the Golden Boot in the Mexico 86 World Cup, England striker Gary Lineker was signed to lead Barca’s attack on regaining the title. Mark Hughes was also brought in from Manchester United, to far less effect.

Venables’ third season with the Catalan giants ended in failure – the highlight being only reaching the UEFA Cup quarter finals and that tends to only mean one thing at a club like Barca – the white handkerchiefs will be waving soon.

A poor start to the 87/88 season saw El Tel sacked in September.

It might not have ended how he wanted, but not many managers jump from a club the size of QPR to a Barcelona and win their first title in a decade. Plus, his legacy does live on with the style of play and a belief in the youth players that could be brought through.

“He changed the mentality of football at Barcelona. It was important to change the bad luck the club had suffered in the years before.

“For us it was a surprise when he came because nobody knew anything about him. But he surprised everyone with his behaviour because he was a very easy-going person who gave a lot of interviews to journalists and was very relaxed.

“He even appeared on a popular Spanish TV programme singing My Way. That helped to change the way Spanish fans see the image of a coach.

“He also came so close to winning the European Cup in 1986, which would have made him a legend here. Johan Cruyff will always be known as the first coach to win the European Cup for Barca, but it could easily have been Terry.”

Venables rejected approaches from Juventus and Roma to return to his home city of London – taking over at Tottenham Hotspur.

If we ever see a QPR manager move to La Liga and win the league at the first attempt again, someone wake me up. I’ll be dreaming.