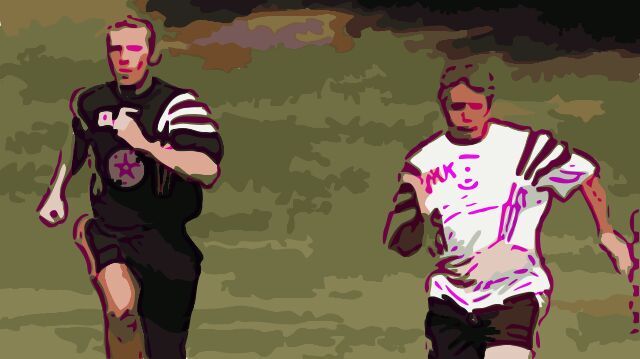 With Newcastle United being taken over by a Saudi Arabian consortium led by Amanda Staveley back in October of 2021, this has the Geordies dreaming big and believing that the Magpies can compete at the top end of the Premier League for the first time in decades. In fact, the last time the Toon competed for the Premier League title was back in the late 90s under Kevin Keegan. So let’s take a look back at Newcastle United during this time and how they were so close to writing themselves in Premiership folklore.

Keegan’s arrival and the beginning of his brilliance

Having played for the Magpies during the early 80s in the top division, Keegan returned to the club as their new manager in February 1992 with the Toon playing in the second division due to their relegation in 1989. Having missed out on promotion in the past two seasons, the club found itself at the wrong end of the table during the 91/21 campaign and put its faith in the former Hamberg midfielder to turn their fortunes around.

But just one month into his reign, Keegan had become frustrated with Chairman John Hall which resulted in him briefly walking out of the Newcastle job. This led to a phone call between Keegan and Hall, where they settled their differences and where Hall guaranteed Keegan millions of pounds to spend on new players.

With that sorted, Keegan also noted that certain players couldn’t handle the pressure of playing St. James Park and facing the Toon faithful, so Keegan brought in the experienced Biran Kilcline, stating that “Even on his bad days his head never dropped, he was tough as teak, absolutely fearless” and “He was a ready-made captain – one of my more important signings as Newcastle’s manager.”

Keegan’s managerial guidance in the 1991–92 season helped secure survival, which meant Newcastle United would play in the new Division One for the 1992–93 season, with the new Premier League coming in the same campaign.

During the summer 1992 transfer window, Keegan bolstered his squad with the signings of Barry Vension and John Beresford from Liverpool and Portsmouth respectively, with striker David Kelly arriving at Tyneside a few months before the new manager. Keegan wanted the club to be known for scoring goals and thrilling football, and with their new singings in place, Newcastle won their first 11 games of the season and stayed top of the league for most of the campaign.

The club-record signing of Bristol City striker Andy Cole in February further strengthened their side; Cole netted 12 goals in his first 12 games for the club. The addition of Charlton Athletic’s Rob Lee also bolstered the midfield in the autumn as Newcastle were promoted to the Premier League as 1992/93 Division One champions.

Taking the Premier League by storm

In the build-up to their first season in the newly-formed Premier League, top goalscorer David Kelly and influential midfielder Gavin Peacock were both sold, and Keegan brought in striker Peter Beardsley back to Newcastle from Everton to replace the outgoing Kelly, six years after he had been sold by Newcastle to Liverpool.

The 93/94 league season proved to be quite a success for the Magpies in their return to the top division of English football, the toon ended the season in 6th place and qualified for the UEFA Cup, bringing European football to St. James Park for the first time since the 1970s. Andy Cole was clinical during his debut season in the Premier League as he finished as the division’s top goalscorer with 34 goals in 40 games in the league, with Cole going on to net 41 goals in all competitions that season.

At the beginning of the 94/95 season, Newcastle won their first six games to go top of the league it appeared that they had what it takes to go on to win their first top division title since 1927. However, the shocking and unexpected departure of striker Andy Cole to Manchester United in January meant their attack had been weakened and they ended up finishing 6th place again, this time not being enough to qualify them for the UEFA Cup. Autumn signing Paul Kitson became Beardsley’s strike partner in attack but they still couldn’t keep up with the rest of the chasing pack.

In the summer of 1995, the Magpies brought in some exquisite signings into the club as Keegan looked to further improve his team and achieve more success as Newcastle’s manager. These new signings included Reading goalkeeper Shaka Hislop, Paris Saint-Germain’s French winger David Ginola, Queens Park Rangers striker Les Ferdinand and Wimbledon defender Warren Barton, with Les Ferdinand being the Toon’s biggest signing at £6 million while the £4 million paid for Barton was the highest fee paid for a defender in English football at the time.

Keegan’s signings once again got Newcastle flying after an excellent first half of the 95/96 Premier League season, going ten points clear at the top of the table before boxing day 1995 and managing to extend their lead ahead of the chasing pack to 12 points by February 1996.

However, that lead would be cut down to just one point by March after suffering a 2-0 defeat to West Ham on February 21st, while also suffering a 1-0 loss to fellow title challengers Manchester United. Just two weeks later, Newcastle’s lead would disappear as Sir Alex Ferguson took the top spot and it was Newcastle’s turn to become the chasers.

During what would become a Premier League classic between Liverpool and Newcastle at Anfield in April, Liverpool beat the Magpies 4-3 in an end-to-end game thanks to a last-minute winner in stoppage time from Stan Collymore. This meant that both Newcastle and Manchester United had 76 points going into the final two games of the season.

Newcastle could only muster up 1-1 draws against Nottingham Forest and Tottenham Hotspur in their final two league games, whereas Manchester United’s 5-0 demolition of Forest and a routine 3-0 victory over Middlesborough meant the title would be heading back to Old Trafford after a two-year absence.

It would be during the 95/96 title race which would produce the famous “I would love it if we beat them! Love it!” quote from Keegan after Ferguson cast doubt on the commitment of the likes of Leeds and Nottingham Forest to try as hard against Newcastle as they did against his Manchester United team. This quote is often referred to when describing the relationship between the pair.

In July of 1996, Keegan would break the world transfer record fee by bringing Alan Shearer back to his native Newcastle for £16 million, who had been the league’s top goalscorer for the past two seasons. Shearer continued his scoring form for his boyhood club Newcastle as he went on to win the golden boot after topping the goalscoring charts with 25 league goals.

End of the Keegan Era

Newcastle would briefly top the Premier League table but on the 8th of January 1997, Keegan announced his resignation as of the Magpies. In a short statement, he said “It was my decision and my decision alone to resign. I feel I have taken the club as far as I can, and that it would be in the best interests of all concerned if I resigned now. I wish the club and everyone concerned with it all the best for the future”.

Keegan would be replaced by Kenny Dalglish, but the Toon weren’t able to win the league title and finished the season in second place, again behind Manchester United. After 1997, Newcastle would never again challenge for a league title and their last finish in the European places was a 5th place position during the 11/12 season under Alan Pardew.

Kevin Keegan is a phenomenal figure at Newcastle United, so much so gained the nickname “King Kev” from Newcastle fans as he had the Geordies believing they could achieve greatness the likes of which the club hasn’t seen in many years. I would be very surprised if we ever see a character like Keegan’s in English football.