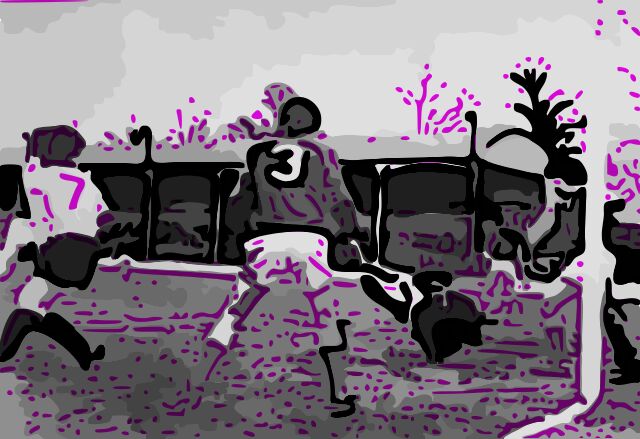 May 3rd 1980: Crewe Alexandra 2 York City 0 – Bruce Grobbelaar scores a goal for Crewe from the penalty spot in his final game for the club.

Welcome to another time machine where we go back to 1980 this time. Today’s subject is one of the crazier goalkeepers in my lifetime, Bruce Grobbelaar.

Grobbelaar is best remembered for his time as Liverpool’s number one – and we will spend some time remembering all that in a bit – but one thing I did not know about him was that he once scored for Crewe Alexandra.

Randomly, Grobbelaar also ended up playing for my local (when I live in the UK) village cricket team at Bramley in Surrey. I wasn’t there at the same time as him, but I did previously encounter him when the under 8s football team I was coaching came up against Grobbelaar’s son’s side – the boy was in goal and I think we scored quite a few. Given this was around the time of the alleged (and disproved) match-fixing scandal, you can imagine some of the banter amongst the parents.

Anyway, I digress already – the point of today’s Time Machine is to look back at the early career of Bruce Grobbelaar and try and find as much out about the goal he scored as possible.

But before that, how on earth did a former army man from Africa end up playing in the English 4th Division in the early 1980s?

Bruce Grobbelaar, like many professional sportsmen, was pretty good at a least a couple of other sports in his youth – namely cricket and baseball. But, football was where his heart was and he turned down a USA scholarship to play baseball preferring to see out high school in Rhodesia (now Zimbabwe) and sign for Highlanders FC, the main club of the country’s second city, Bulawayo.

In his late teens, he had done enough to get signed by South African side Durban City – but he left shortly after signing as he felt he wasn’t getting a chance as the only white man in an all-black squad.

Upon his return to his homeland, he was called up to the army and fought in Rhodesian Bush War.

As you can tell, nothing at this point pointed to a season in the 4th Division let alone winning a European Cup further down the line.

Following his release from the army, Grobbelaar attended a trial camp held by NASL side Vancouver Whitecaps in South Africa. They liked what they saw and offered the goalkeeper a contract. He was off to Canada.

He made his NASL debut away to Los Angeles Aztecs in the early August of 1979. For a kid from Rhodesia who had killed in the army, facing Johan Cruyff in this first game won’t have bothered him – but the Aztecs did get a 2-0 win, Cruyff scoring.

Grobbelaar was on a trip to England visiting friends when he got a surprise call from West Bromwich Albion manager, Big Ron Atkinson – a trial was offered. Big Ron was highly impressed and was very keen to sign Grobs, but getting a work permit proved nigh on impossible.

Someone had tipped off Crewe Alexandra about the talented shot-stopper and they moved fast, managing to get him on loan in the December of 1979 and sorting the work permit too.

Grobbelaar made his Crewe debut and impressed, the first of 24 matches he would play for the club. Eventually, the programme-makers learned his first name was Bruce and not Bill, as they’d published in the first few appearances.

Liverpool had been alerted to the potential of Grobbelaar and has sent Chief Scout Tom Saunders out to cast his eye over the player. On the night Saunders attended, Grobbelaar is thought to have played out of his skin.

Wheels would start to turn.

Research failed to unearth which game Saunders attended but a write-up on the Portsmouth-focused website The News from 2016 suggests it might have been Pompey’s visit to Gresty Road in February 1980.

Crewe, according to this report, were not a good team – they finished 23rd out of 24, so that does feel like an accurate summary.

Portsmouth were chasing promotion and were, obviously, expecting a comfortable win.

The Northstand Critic said that Grobbelaar;

“produced the most complete goalkeeping performance I had witnessed until then.”

Praise indeed, as Grobs went on to keep Portsmouth at bay with a string of fine saves. The game finished 1-1, Crewe scoring with their only effort on goal and Pompey grateful to finally find a way past the heroic keeper.

Showing an early glimpse of his showmanship, when finally getting a break from protecting the back of his net, Brucie was striking up conversation with the Portsmouth fans behind his goal and even agreed to catch up with them in the supporter’s club after the game – and he was good to his word.

Grobbelaar sorted out The Northstand Critic and his mate tickets for the return fixture at Fratton Park – again, it finished 1-1. Again Brucie stood between Pompey and victory, his performance a notch up from the great show at Crewe.

He left the field to a standing ovation.

Liverpool, by this point, must have been convinced.

Bruce Grobbelaar scores a goal for Crewe in his final game

Apparently so, though proof is almost impossible to find. The excellent site Football Site usually has plenty to go on, but all it has scribbled down for this is;

Goalkeeper Bruce Grobbelaar scored the only goal in his League career – from the penalty spot for Crewe Alexandra against York City in Division 4.

I know, that’s why I am writing this.

Sporting Life are also aware of it happening, hence this tweet which has no added info.

🔴 Legendary #LFC goalkeeper Bruce Grobbelaar scored the only goal of his League career – from the penalty spot for @crewealexfc against York City!

No pictures of this event seem to exist…so here's a generic pic of Bruce celebrating something… pic.twitter.com/pyjJ3CMsRR

But, it did happen. I promise.

What happened to Bruce Grobbelaar next?

Liverpool had seen enough as we said, and got the ball rolling on signing Grobbelaar in time for the 1980/81 season. The price was £250,000 and the plan was for him to play in the reserves and learn the Liverpool Way, as was very much the routine for young players moving to Anfield at the time.

Ray Clemence moved to Spurs in mid-1981 meaning that come the start of the 1981/82 season, Grobbelaar was Liverpool’s first-choice goalkeeper.

And, let’s be honest – his time with Liverpool is a piece for another day.