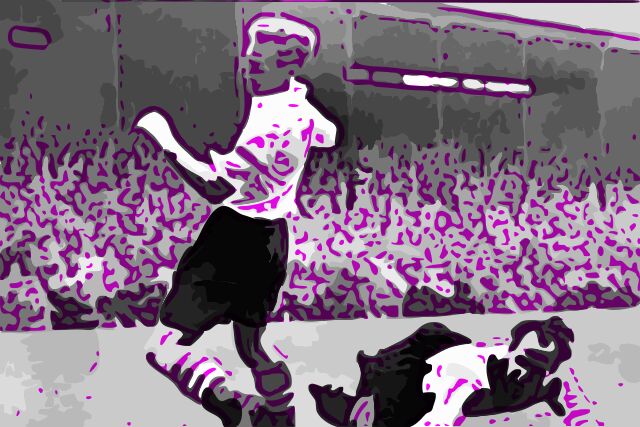 It strikes me I could well be writing a few more of these at this time of year. After all, not many make like Gary Neville and hang up the old Puma Kings mid-season.

In today’s Time Machine we look back on another great of English football and pay particular respect to his final game in the First Division.

Tom Finney, the Preston Plumber pulled on the white of North End one last time in a game against Luton Town. 29,781 saw Finney inspire his side to a 2-0 win with goals from Jim Smith and Alex Alston.

But before we really delve into the final occasion we will spend a little time reflecting on why Finney’s career was so spectacular Bill Shankly was adamant he was the greatest player to ever play the game.

Tom Finney and his career

Finney was one of those special breeds – a player that was born just a few hundred yards from the ground he ended up gracing for many, many years.

He signed as a schoolboy aged 15, almost before he’d left the field of his trial game. Preston were confident they had a future star on their hands providing he could grow a bit. The initial contract offer was turned down however, as Finney Sr was keen for his lad to complete his plumbing apprenticeship just in case the football thing didn’t work out.

Finney, therefore, spent his first two seasons as an amateur, before turning pro at 17 – although he very nearly signed for Blackburn Rovers due the fact his elder brother Joe was training at Ewood Park. North End will be very happy that Tom accepted their offer of ten shillings a game – the wartime pay as World War II broke out the same year.

At the start of the war reduced regional leagues were introduced and Finney made his Preston first-team debut against Liverpool at Anfield on August 31st 1940. He wore the number 7, meaning he was on the right-wing. Back in the day, you could guarantee the position a player would be playing based on his shirt number. Anyway, Finney started and created two Preston goals in a 3-3 draw.

In April 1942, Finney was called up – not to the England squad but to the Royal Armoured Corps. He served in Egypt and Italy.

The Football League resumed post-war in 1946 – Finney was now 24 and keen to make the most of getting his football career underway. August 31st saw him take the field in the number 7 shirt once again in a team featuring his mentor Shankly behind him at right-half. 25,000 plus saw Finney score in a 3-2 win over Leeds United. He was that good that the papers talked of his “one-man show” – the Preston Plumber had scored but also created the other two Preston goals.

Finney represented Preston for the next 14 seasons – 12 in the First Division and two in the Second. The club’s best league finish in this time were two second place finishes in 52/53 and 57/58.

His only FA Cup Final was a 3-2 defeat to West Bromwich Albion in 1954. Finney wasn’t fully fit but, understandably, was keen to play but was unable to influence the game in the way he would have hoped.

For England, Finney won 76 caps and scored 30 goals – starting with his debut against Ireland at Windsor Park in the Home Championship on September 28th 1946. England won 7-2 and Finney scored. He would go on to win 51 of his international matches.

Personal awards were what ended up Finney’s medal cabinet. He won the Football Writer’s Association Player of the Season award in 53/54 before following that up with the first-ever second award to the same player in 56/57.

He was as loyal as they come, only playing Football League football for Preston in his career. He is believed to have turned down £10,000 to sign for Italian side Palermo at the turn of the 50s.

Injury eventually caught up with Finney, meaning he decided to retire at the end of the 59/60 season – and his last game was against Luton Town.

“Football catches up with every player,” he said. “The Stanley Matthews of this world (he went on until 50) are not rare – apart from the man himself they are non-existent.”

And announcing his retirement to the PNE board, he said: “I want to go out while still in good health, physical condition and playing ability. I don’t want to drift out due to either deterioration arising from increasing age or the ever-present possibility of serious injury which could have a lasting effect on my future fitness.”

The above is the statement given by Finney after announcing his retirement from football. You’d assume that his final season had petered out, that he’d not been performing as well as he’d like. Yet, he’d played in all bar five matches and scored 21 goals. Not a bad tally to say goodbye with.

In fact, 21 goals was enough for Finney to finish the season as Preston’s top scorer. Incredibly, this was the first time he managed this. His last goal for his hometown club was against Blackpool, a fortnight before the Luton fixture. He scored in a 4-1 win.

It was only right that Preston put on a show in Finney’s final appearance. They won 2-0 and at the end of the game he stood on a table and thanked them for their unwavering support over the years.

What happened after Tom Finney retired?

Preston, having finished 9th in Finney’s final campaign, were relegated the following season. The first-ever giants of English football have not returned to the First Division (or Premier League) since which, when you consider just how big a club they are and were is staggering.

Finney, who had kept his hand in the plumbing game throughout his career, made that his full-time profession.

He also learned what it was like to sit on the bench – not something he was used to as a player – as he became a magistrate for 20 years.

For me, any player that Bill Shankly says this about must have been pretty damn good;

“He would have been great in any team, any match and in any age – even if he had been wearing an overcoat.”

Sir Tom Finney, one of the finest footballers ever born in England. His importance to Preston North End can surely be summed up by how the club has languished since he hung up his boots.