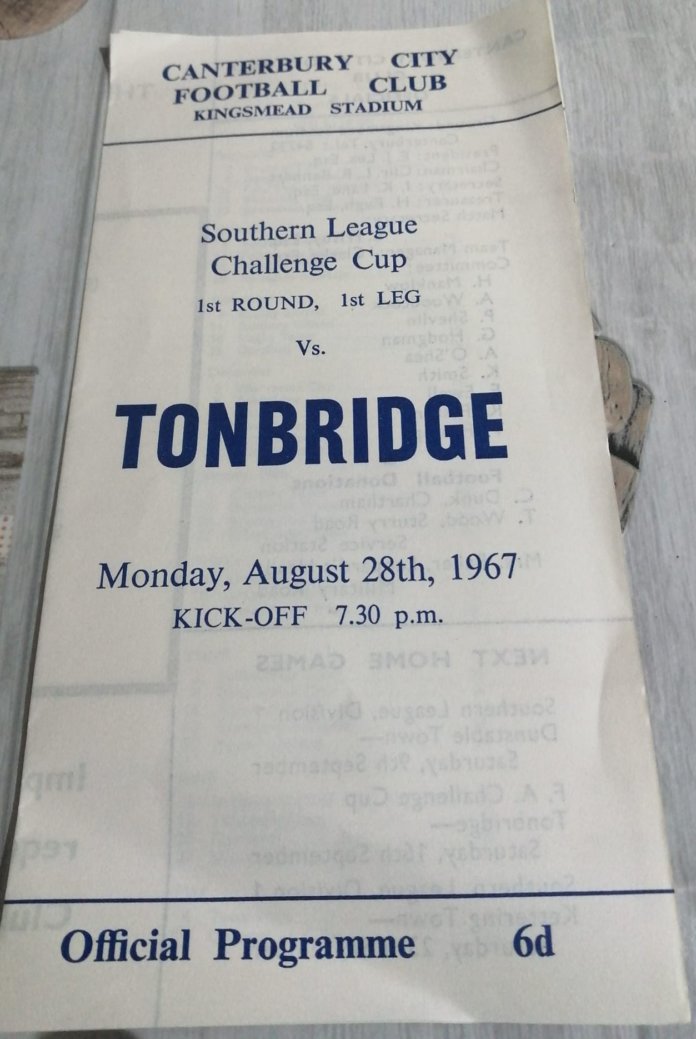 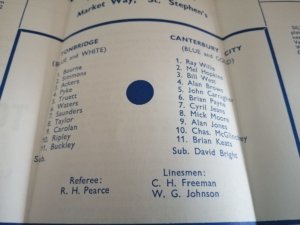 Quite a short review today due to this leaflet style issue of this programme, which will be 55 years old in August.

Upon opening the programme there is a few pieces of information to be read. Firstly there is a list of club officials at Canterbury City with the chairman being named as Cllr L.R. Bennett. Meanwhile, the manager back in 1967 was an I. Clarke. Below the list of club officials, there is a list of forthcoming fixtures for Canterbury. The club’s next game after this cup tie would be at home against Dunstable Town. In the middle of this section, the team line ups are displayed, with the referee being named as an R. H. Pearce.

Next up we see some information about the Southern League Cup. The trophy is described as being a Silver Cup on base, with a silver plate for engraving names of winners and is known as the Worcester Vase. A list of previous winners of the Southern League Cup is also displayed with the earliest winners being named as Headington Utd in the 1952/1953 season.

Looking at the back of the programme there is a full fixture list provided for the whole of the 1967/1968 season for games involving Canterbury City. Opposite the fixture list is a small piece written by the Canterbury City chairman, Cllr. L. R. Bennett, who welcomes everyone to the game and looks forward to a good sporting encounter.

So, like I said this was a shorter than usual review due to the size of the programme but it is still one that provides a great historic record of this game that was played more than five decades ago. You don’t get that with online programmes folks!